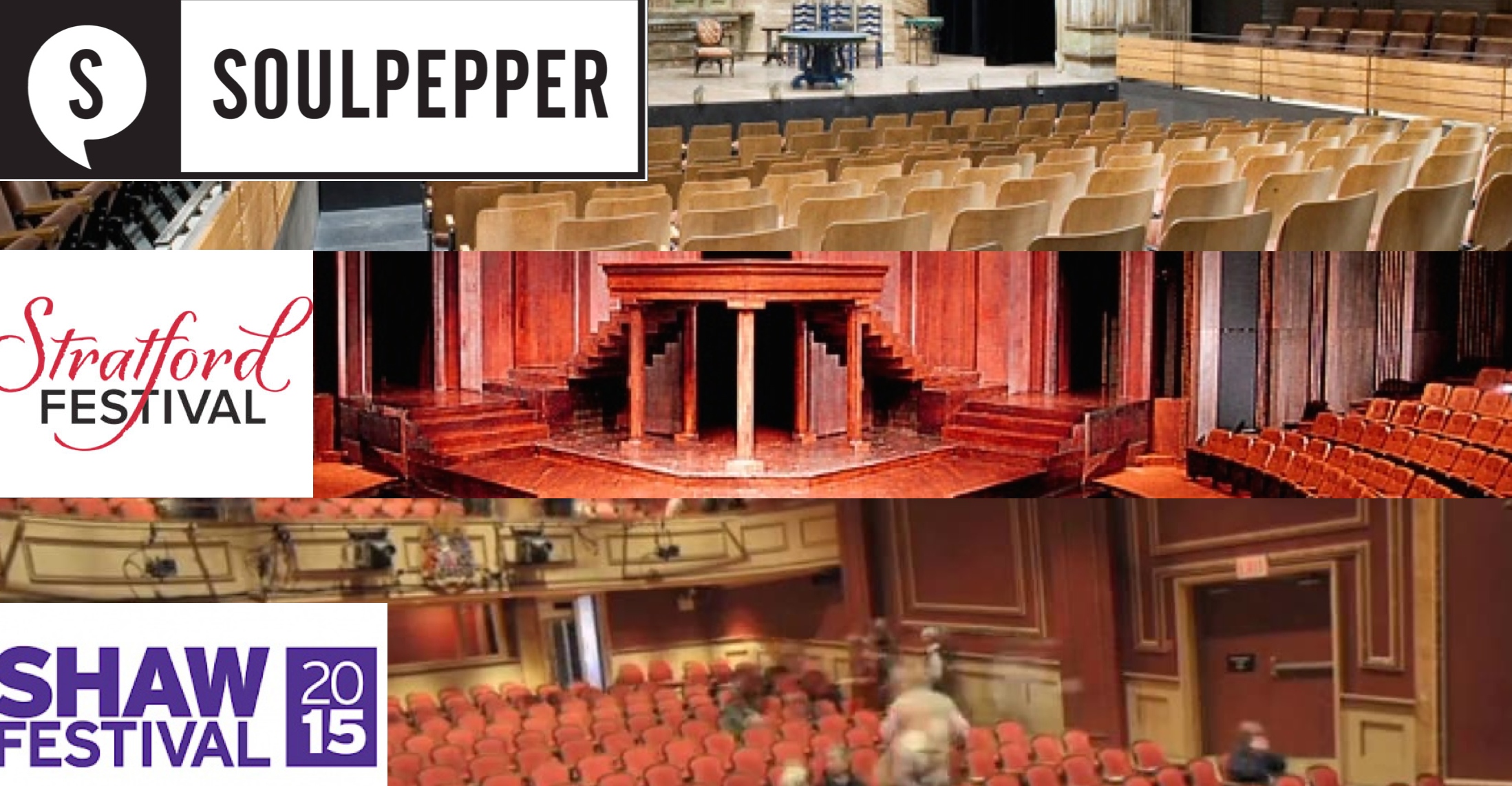 I have a theory about the (arguably, I guess) three most important theatre companies in Ontario. In any given season, if one of the three companies is under-performing (as one inevitably is), the others raise their game (to compensate? compete? rub it in their face? who knows). They seem to rotate- in a superb Soulpepper season, Shaw might be suffering and Stratford shooting par; the next year it could be Stratford on top again. But, no matter their rankings, there’s always a balance of quality between the three.

This year marked the highest high for one of the Ss in recent history while another struggled and one just took the summer off. Here’s where they stand thus far in 2015:

The Shaw Festival (in my opinion, the season’s clear winner)
The Divine: A Play for Sarah Bernhardt
The Intelligent Homosexual’s Guide…
The Twelve-Pound Look
Peter and the Starcatcher
Top Girls
Pygmalion
You Never Can Tell
The Lady from the Sea
Sweet Charity
Light Up the Sky

Soulpepper
Accidental Death of an Anarchist
The Dining Room
Bedroom Farce
Of Human Bondage
The Dybbuk
Eurydice
Trudeau & the FLQ
Trudeau & Levesque
The Play’s the Thing
Happy Place
Marat/Sade
Yours Forever, Marie-Lou
Spoon River
+ The Concert Series (including The American Pie Songbook),
The Studio Series (including The Gospel According to Mark, Ins Choi‘s Subway Stations of the Cross & new work by Academy alums Anthony MacMahon and Thomas McKechnie)
& The Family Festival (which includes Parfumerie, A Christmas Carol, Kim’s Convenience and Alligator Pie)