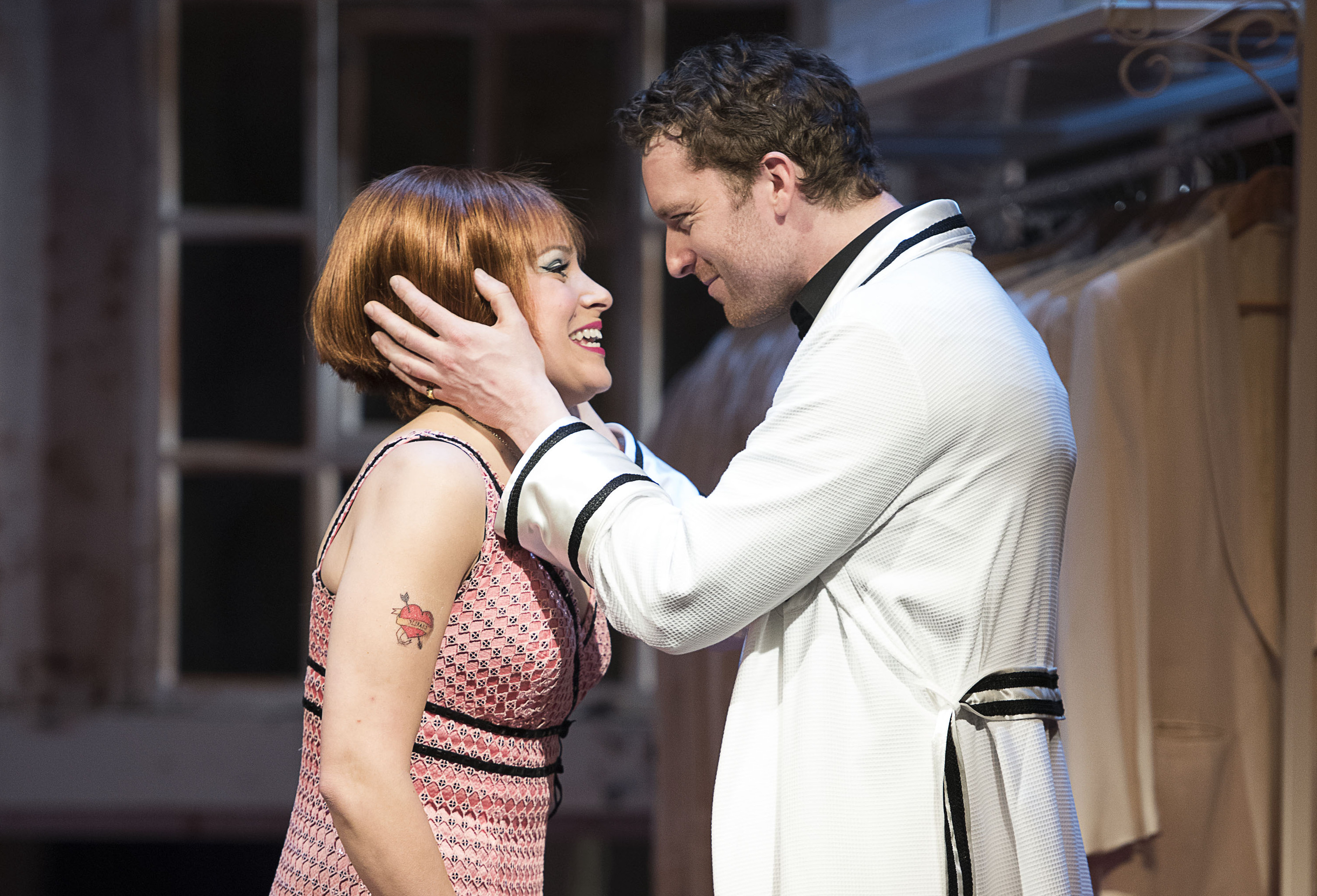 At the Shaw: Sweet Charity

There are two issues to address here. 1) The Shaw Festival’s production of Sweet Charity is pretty good. 2) Sweet Charity is a piece of illogical, misogynistic nonsense and, though it has a fun song or two, no smart and interesting company should be programming it over the hundreds of wonderful (both lesser-known and far-more-popular) musicals in the world. That second point is fairly simple and anyone who has seen this “dance hall hostess meets adorable nerd, adorable nerd loves dance hall hostess, adorable nerd randomly dumps dance hall hostess because he thinks she’s a slut” story on stage should need no further explanation. So, because that atrocious error in show-selection is artistic director Jackie Maxwell’s cross to bear and hers alone (you were doing so well this year, Jackie! Why?!?!), let’s see if we can’t celebrate the good folks who tried their best with what they had.

It’s a shame she’s so abused by the script and said tragic ending is presented as acceptable because I can think of no leading lady more deserving of a happy ending than Julie Martell’s bright and fiery Charity Hope Valentine. Bright-eyed and rough-edged with more heartfelt exuberance in her little finger than most have in their entire body, Martell’s Charity is a beacon of happiness that makes the terribleness of her namesake musical all the more heartbreaking. Charity’s vocals are fairly basic but Martell turns them into powerhouse numbers as she easily outshines her dancehall comrades and leaves the broadly sketched male characters (Vittorio Vidal, played with perfect slickness by the great Mark Uhre and Oscar Lindquist, the adorable asshole played with infuriating likeability by the wonderful Kyle Blair) in the dust. Director Morris Panych uses graphics in cool ways to really root the action in its New York home but there’s not a lot he can do with the severely limiting text (big, specific numbers like “Rich Man’s Frug” and “The Rhythm of Life” leave little room for interpretation and that ending just can’t be salvaged). More standout supporting performances and far more ambitious choreography would have helped matters but if a kick-ass Charity and an empathetic casting choice for Oscar can’t help matters, nothing can.