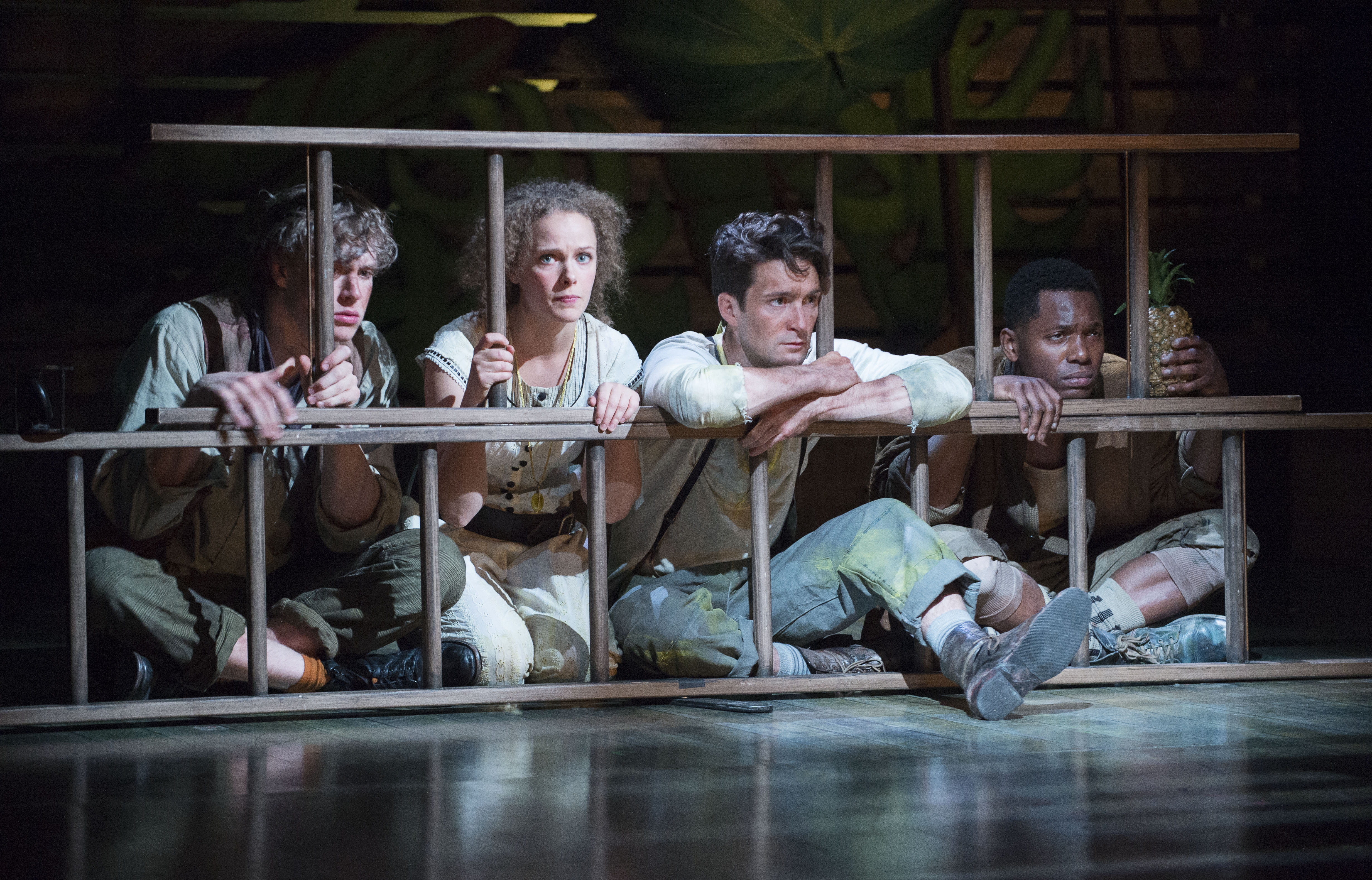 At the Shaw: Peter & the Starcatcher

Do you remember that play you saw when you were a kid? The one that captured your imagination and convinced you that there was no magic quite like the magic of the theatre? You remember it; it’s the reason you grew up to be someone who would find their way here, reading this review. For me, it was Joseph and the Amazing Technicolor Dreamcoat starring Donny Osmond. For a whole new generation of kids, I’m sure it will be Peter & the Starcatcher at the Shaw Festival.

A half-musical, meta-theatrical adaptation of Dave Barry and Ridley Pearson’s sort-of prequel young adult book of the same name, loosely based on JM Barrie’s Peter Pan (the connection that facilitates the play’s existence within the strict Shaw mandate), Peter & the Starcatcher is a wild adventure full of memorable characters and moving revelations. It’s lively and silly, performed with spectacular verve from a strong ensemble of serious actors who appear to be having more fun than they’ve ever had in their lives (the mild mannered Graeme Somerville as an exuberant slimeball and regal Martin Happer as the deliciously broad villain Black Stache are particular standouts). The audience flies straight into the story by the side of a wide-eyed and razor sharp girl named Molly, played with perfect kid-hero gravitas by the delightful Kate Besworth. Separated from her beloved father (the wonderful Patrick Galligan with all the warmth in the world), it’s up to “Starcatcher-in-training” Molly to outsmart Black Stache, save the day and inspire a boy called Boy (Charlie Gallant, sweet and vulnerable in his best festival role yet) so that he can become a hero named Peter.

There’s a lot to love in the, albeit very silly, story of Peter & the Starcatcher but the real thrill comes from how that story is told. Designer Judith Bowden’s set is a ship and director Jackie Maxwell uses the actors’ bodies with the ship’s various ropes and pulleys to suggest the world of the play (one memorable scene has a lineup of performers serving as a series of doors in a perfectly timed display of creative staging and precise execution). By not leaning on the set builders and prop makers who make most Shaw plays so beautiful, Peter & the Starcatcher harnesses the power of imagination to create a world more full and splendid than any other on stage this year.

See it (playing at the Royal George until November 1) and please, for the love of theatre, bring your kids so that they can see that the magic is real.