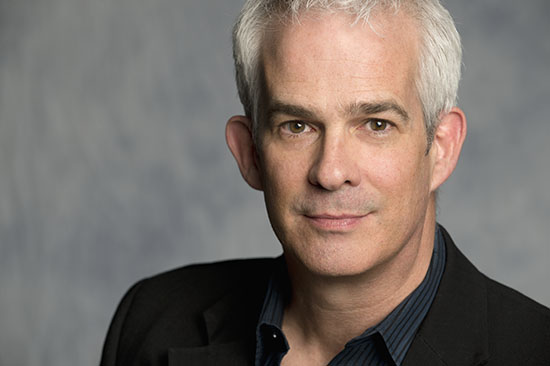 In a pretty good Shaw season, Patrick Galligan’s enthralling turn as a small town draper gone mad was a defining moment of the year. One of the well-stocked festival’s most reliable talents, the Best Supporting Actor nominee’s powerhouse performance in The Sea redefined him as not just a sure-fire company man but as one of its most note-worthy stars.

Can you remember your first experience with theatre?
Growing up, I acted in more theatre than I attended. There was a play or musical every year from grade 5 or 6 through to the end of high school, and I would usually act in it. But I didn’t think about it as a career possibility at the time.

What actors and actresses have always inspired you? Are they the same today?
I can think of two sources of inspiration (there are many, of course):

When I was in theatre school (MFA – York ’88) we watched a NFB film of Stratford’s 1957 production of Oedipus Rex with Douglas Campbell. There is a moment when Oedipus discovers what he has done and lets out a wail. And even watching a crappy print of a 30-year old film in a classroom, I heard Douglas Campbell cry a wail of such agony and despair that it took my breath away. Seeing that, I knew I wanted to do classical theatre.

And the summer after graduating theatre school, I saw Robin Phillips’ Young Company at Stratford, where a company of actors (including Susan Coyne, Nancy Palk, Stuart Hughes, Albert Schultz, among others) were playing major roles with a veteran (William Hutt). I saw King Lear and Twelfth Night and was so affected by the experience I had, by the beauty of the language, the quality of the performances and the stagecraft, that I decided acting Shakespeare was the only thing I wanted to do.

How did you get started at the Shaw Festival?
So if I only wanted to do Shakespeare, how did I end up at Shaw, right?

Well, you go where the work is. I had been at Stratford in 2002, but when Jackie Maxwell asked me to be part of her first season as Artistic Director of the Shaw Festival in 2003, I jumped at the chance. (The fact that I didn’t get an offer from Stratford made the decision that much easier.)

What was your first big role at the festival?
I had nice roles from the beginning, but my first major part was Osbourne, in Journey’s End in 2005. Lieutenant Osbourne is a middle-aged school teacher who finds himself on the front lines in 1917, just before a German advance wipes his company out. I think my grey hair helped me get that part, because the role calls for it. Christopher Newton did a beautiful job directing and it was a very special production.

Tell us about your My Theatre Award-nominated role in The Sea. Were you conscious of planting the seeds of madness throughout your early scenes?
Hatch, the character I played in The Sea, is a middle class merchant living in a small coastal town and who is being crushed economically by the most powerful character in the play, Mrs Rafi. He also believes that the town is being invaded by aliens. These two things are connected, of course. Like a lot of us, Hatch has constructed a narrative to explain why his life is not going the way he wants. He creates someone/something to blame for his misery, it just happens to be from another planet. For me, the key was realizing Hatch is very human and very much like any of us, if we were pushed into as desperate a situation.

How did you approach the transition into the character’s manic breakdown?
I tried to be really logical about it. Hatch doesn’t believe he is mad – there is a rationale behind every action he takes, from destroying yards and yards of expensive fabric, to mutilating a corpse on the beach. I had to find the connection, the logic behind each of Hatch’s “mad” actions.

What was it like working with director Eda Holmes?
I am so grateful to Eda. She created, with our brilliant set designer Camellia Koo, the perfect world for The Sea. By using choreography and long lengths of sea-coloured silk she evoked both the savage destruction of the sea and it’s life giving, redemptive quality. She also guided us between the stifled interiors of the “town” scenes and the expanse of the “beach” scenes, which grounded us in the world of the play. She is super smart, wildly creative, thoroughly prepared and collaborative; what more could an actor ask for?

Shaw Festival productions tend to be fairly literal but The Sea was a bit more impressionistic with an inventive use of space. How did those elements influence your work on the production?
Productions at the Court House tend to be more abstract, it’s the nature of that particular theatre. The stage is tiny, there are no wings or flies and you are surrounded by the audience, so a naturalistic set is really not an option. I think those demands can be very liberating and in such cases both the performer and the audience have to fill in the blanks.

The Sea had a strong mix of established talent (like Fiona Reid) and up-and-comers (like Wade Bogert-O’Brien). As one of the veterans, is there much of a culture of mentorship at the festival?
There is no formal mentorship program at Shaw and perhaps that’s unfortunate, but what the company does offer is a true ensemble, where everyone is supportive, open and ready to learn from each other, through all levels of experience.

Do you have a favourite moment from that production?
The scene where I got to cut yards and yards of fabric was the highlight, no question.

You also appeared in one of our favourite plays of the season- When We Are Married with an all-star ensemble of Shaw veterans. Tell us about working with that incredible cast.
At the risk of tooting our horn, When We Are Married is an example of what the Shaw does very well. It is a true ensemble play, where there are really no leads and every character gets a turn. Joe Ziegler directed this play with detail and depth, and the cast loved performing together.

What’s your favourite role you’ve ever played?
That’s a tough one. It’s a bit like asking a parent to choose their favourite child. Every one is a gift.

Do you have any dream roles you think are perfectly suited to you or something completely against type you’d love to try as a big challenge one day?
It’s been 13 years since I did any Shakespeare and I’d love to see what I could bring to it now. And I’d play just about anything of his.

Who are some of your favourite people on the Shaw stage professionally and personally?
In my 12 seasons at Shaw, I’ve forged relationships I’ll keep all my life. But my best friend down here is Ben Campbell. We’ve known each other and worked together for 25 years. I am thinking of him because he is opening King Lear in Calgary as I write this and will be missing the 2015 season because Lear continues this summer at Bard on the Beach in Vancouver. Also, it was his father that I saw play Oedipus on film many years ago.

Do you try and see every play in the season? What were some of your favourites of 2014?
Absolutely. I make a point of seeing everything in the season, if I can. Not only do I think it is important to support and celebrate my colleagues’ work, but I often learn something and make a connection to the ideas I am working on.
My favourite in the 2014 season was Cabaret, I thought it was the best thing I’d ever seen at Shaw.

What are you set to play next season at the Shaw?
Right now I am in rehearsals for Peter and the Starcatcher, which is a wild prequel to Peter Pan. Later, we start The Twelve Pound Look by J.M. Barrie (the author of Peter Pan), the lunchtime show this season.

Any word on what the productions will be like?
Peter and the Starcatcher is like nothing I’ve ever done. We start as a group of 12 actors telling a story that has pirates, sea battles, shipwrecks, hurricanes, desert islands and “starstuff” – and that’s just the first act! If we can pull it off it will be magical.

Is there anything you’d like to add?
Yes. Thank you!