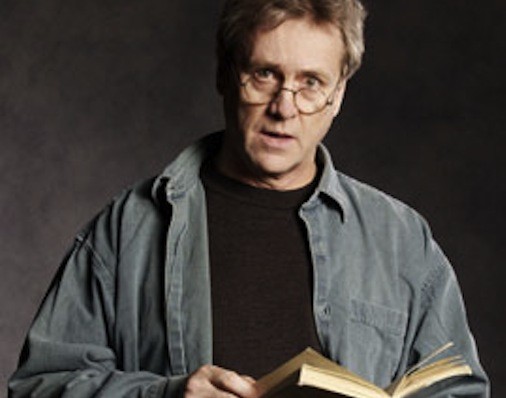 In honour of Soulpepper’s tremendous production of Long Day’s Journey Into Night, which opened last night (review to come), today’s interviews are with two of of the production’s outstanding actors. First up is Joseph Ziegler, Nominated for the My Theatre Award for Best Supporting Actor in a Play (Parfumerie), who plays patriarch James Tyrone in Long Day’s, is one of the founding members of our favourite Toronto company and has acted in and directed many of the greatest plays in the world on the biggest stages.

You’ve played so many great parts, do you have a favourite?
Well, I’ve loved playing Scrooge [in A Christmas Carol], and Willie Loman [in Death of a Salesman]. I’m enjoying James Tyrone in Long Day’s Journey Into Night [currently playing at Soulpepper]. I have always loved doing Shakespeare, and I got to play Hamlet in a production directed by Robin Phillips.

Is there one you haven’t tackled yet that you want to try your hand at?
Yes, there are a lot of roles, as I say, in Shakespeare that I might not be old enough for yet.

You’re one of the founding members of Soulpepper. Can you talk a bit about the original ideas and getting the company off the ground?
When we started Soulpepper, there had never been a theatre in Toronto that was dedicated to doing the classics. Most of us had been trained as classical actors, with a lot of experience at the Shaw Festival, or in Stratford. We thought we’d like to be doing these plays in Toronto. We thought there’d be an audience for that type of theatre.

You’re also a director at the company. Do you have any particular productions you’re especially proud of?
I think my favourite was Tom Stoppard’s Travesties. For many reasons. The actors were amazing. Christina Poddubiuk’s design was fantastic, and, one of my favourite moments in the theatre was when David Storch, as James Joyce, pulled a live rabbit out of his hat. It was magic.

Your My Theatre Award nomination this year is for Parfumerie, what’s it like to revisit a production you’ve done before?
I always like to go back to a role because  it gives you a chance to rethink things, or fix things you never quite figured out.

Tell me about Mr. Hammerschmidt. What’s the key to that role?
He loves his wife very much; he is very proud of his shop, and he has a great fondness for the people who work for him.

Your wife Nancy Palk is also nominated this year (for The Glass Menagerie). Did you get a chance to see that and other productions at Soulpepper this year? Did you have a favourite?
I always love watching Nancy work. I’ve learned a lot from her. I thought her Amanda was particularly special, because there are so many contradictions in the character,  which makes her so human, and I thought Nancy found the real heart of the woman. I always see everything at Soulpepper; and elsewhere. We just saw the wonderful Caroline, or Change  (Acting Upstage Productions).

This season you’re in another couple of remounts, of some of Soulpepper’s most successful productions. What do you think it is about your Willy Loman that seems to really strike a chord with audiences?
If it’s true that Willy Loman strikes a chord with audiences, and I think it is true, I think it’s to Arthur Miller’s credit, and not mine. He has created a perfect play, and a flawed and very human character in Willy Loman, that a lot of people can understand and empathize with. He wants success, love, and to be rewarded for the hard work he’s done. He’s like all of us. He can’t understand why people and things appear to be turning against him, when he’s doing his best.

You opened Long Day’s Journey into Night last night. How’s the Tyrone family treating you so far?
It’s been an amazing experience, working on the play so far. The more you work on the play, the deeper you find it goes.

Later in the season you’ve got Endgame on your slate. What’s your take on Beckett’s absurdist style?
I was in Waiting for Godot, when we did it in 2004. It’s the only Beckett play I’ve ever done, and I’m very excited to do another, particularly with Diego, and with Daniel Brooks.

Then you’ll revisit Scrooge come December. Is there anything more fun than playing a grumpy old bugger?
No. It’s always a joy to go back to that story.

You’re also directing You Can’t Take it With You this season. Do you have any preliminary thoughts on the production you can share?
This is a very funny play. The cast is terrific, and we’re all excited to begin;  (rehearsals start in March).   The challenge will be to find the humour and, at the same time, let the play speak to us.  It’s a very big-hearted play, and it has a lot to tell us.