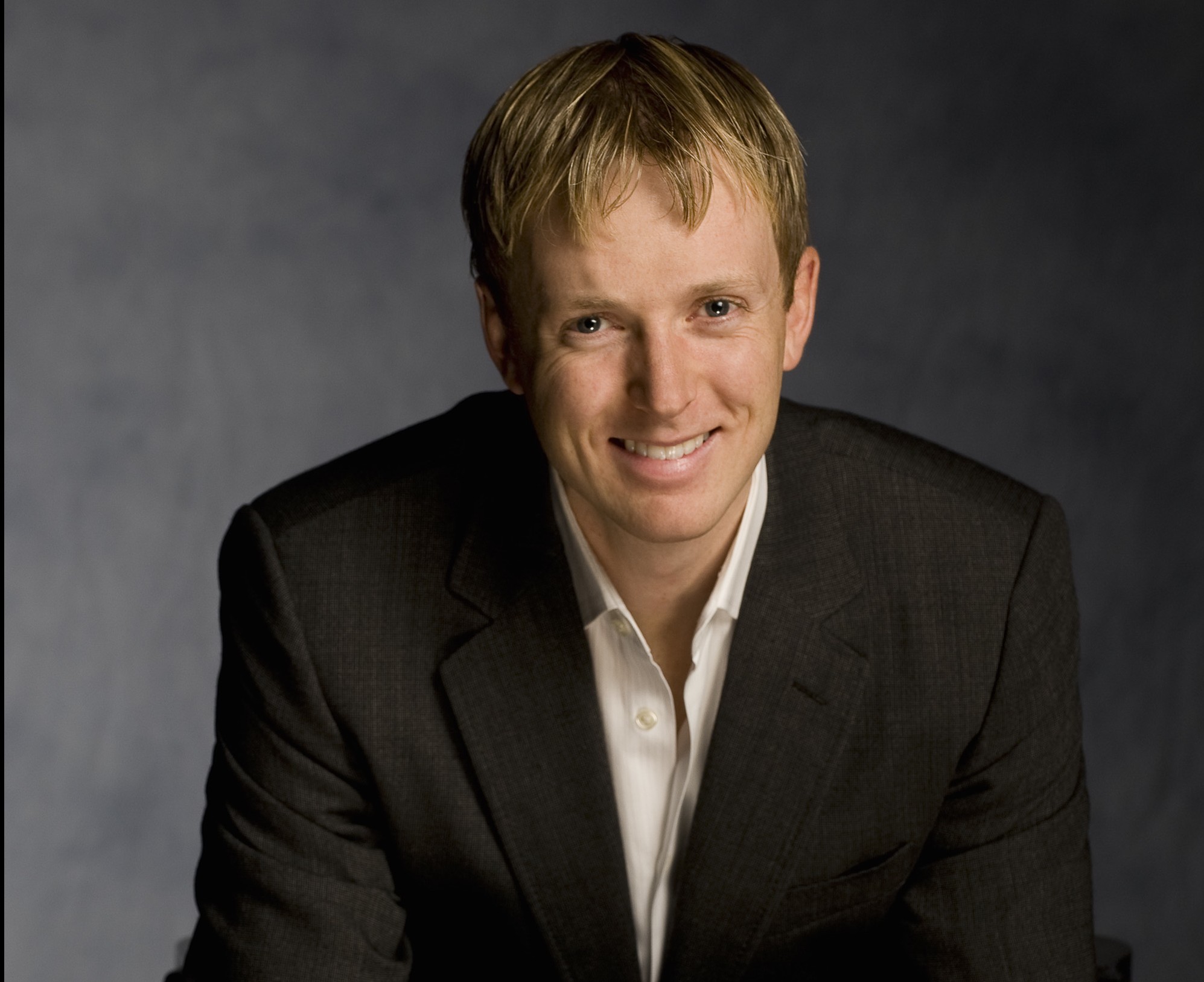 This is Kyle Blair‘s third My Theatre Award nomination in a row. In 2011 he won Best Supporting Actor in a Musical for his wonkily physical take on the scarecrow in Ross Petty’s Wizard of Oz pantomime. In 2012 he was nominated for Best Actor in a Musical for his laugh-out-loud turn in The Pirates of Penzance at Stratford. In 2013, his charming Sky Masterson in The Shaw Festival’s Guys & Dolls landed him a spot on the list yet again.

Certainly, Kyle’s stage presence, fantastic comic timing and impressive dance skills play a large part in his continued success but it’s his singing voice that puts him among the top Canadian musical theatre talent year after year. Especially in something as melodic and simply pleasing as Guys & Dolls, Kyle Blair’s singing voice is, to us, what happiness sounds like. Read on for his big reveal that the role wasn’t even in his range!

Fill us in on the year you’ve had since the 2012 Nominee Interview Series.
Since we spoke last, I played Sarah Brown in Guys and Dolls for TIFT, returned to the Shaw Festival for a season, put my tap shoes back on for a production of White Christmas with Drayton Entertainment, and most recently played Billy in a production of Billy Bishop Goes to War in London ON.

You played Sarah in a gender-bent production just months before taking on Sky. Did your experience on the other side of the duets inform your approach to the leading man at all?
I think the most useful thing that came out of doing those productions back to back was spending time with the Runyonese style.  The dialogue has a distinct rhythm which was foreign to me, so I was glad to spend lots of time in the world of the play. When I played Sarah, the wonderful Jennifer Lyon was opposite me as Sky.  I shamelessly stole a couple of moments from her.

Sky was a somewhat against-type role for you, having played a lot of bright-eyed sweethearts. Did that side of you inform your version of Sky or did the role bring you to edgier ground?
I was really happy to be offered the role for the very reason that it felt outside of my comfort zone.  I knew that my old tricks would not be very helpful, and I thought it would be a good opportunity for growth.  I’m very grateful to Jackie Maxwell for the opportunities she’s given me. I was keenly aware that I was not a traditional type for Sky. That was empowering to a degree. It was a role that remained a great challenge for the duration of the run.  I kept trying to refine and discover more. It was difficult but that is why I’m glad I did it.

Most of Sky’s dialogue can be translated as “flirt flirt flirt flirt flirt”. Is it challenging to develop believable vulnerability within such a smooth character?
I was really interested in what was underneath that smoke screen.  Ultimately, I think what he is disguising is what frees him into a more authentic connection. It was a matter of figuring out how and when that was triggered for him.

Your voice seemed to fit perfectly into Frank Loesser’s songs. Did you have a favourite?
Thank you!  The role is a low one for me, and we kept all the original keys.  I kept joking I was going to take up smoking so I could sing it convincingly. My favourite tune was “My Time of Day”.  Melodically it is unlike any other moment in the show.  It is simple and poetic and a rare vulnerable moment for Sky.

Am I remembering correctly that in the Havana scene you punched your real-life partner Kyle Golemba in the face? Was that a purposeful joke or a coincidence that, of all the dancers in the scene, he was on the receiving end of the right hook?
He punched ME! It was coincidental, but we had lots of jokes around that moment.

You were also in Lady Windermere’s Fan. Tell us a bit about your experience as Cecil Graham.
I loved working on that project.  It was my first Wilde, and it was thrilling. His words are a gift.  Tricky rhythms, but when it clicks, it is so satisfying.  I was thrilled to be reunited with director Peter Hinton (we had previously done Into The Woods at Stratford).  I consider Peter to be a real actor’s director.  His level of passion, intelligence and commitment is staggering.  It’s thrilling to try and keep up. I spent a good deal of time with Jim Mezon, Gray Powell, Martin Happer and Patrick McManus.  It was like a master class every day.

What are you doing now/ what’s your next project?
I’m at the Neptune Theatre at the moment paying Bert in Mary Poppins. It’s my first time on the east coast, and I’m loving it. Halifax is a wonderful city. In fact, I’m just home from our first preview.  It has been great getting to know a whole new community.