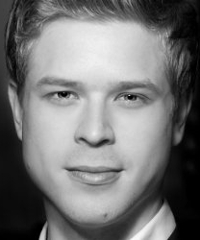 A consistent standout of the Stratford musical ensemble (and one of our 2010 Performers of the Year), Kyle Golemba has always caught our attention not just for his strong voice and comedic chops, but because he’s literally one of the best tap dancers in the country. In 2012, Stratford gave him his biggest role yet- as the choreographer Andy in the tap-tastic showbiz musical 42nd Street.

As he prepares for his first season at The Shaw Festival, the Best Supporting Actor in a Musical nominee took the time to talk to us about 42nd Street and the other great Stratford musicals that pepper his resume.

Can you remember your first experience with theatre?
I was eight years old when the Missoula Theatre Company came to my school in Saskatchewan to do a production of Jack and the Beanstalk. I was cast in the small – but pivotal! – role of a Mexican Jumping Bean. That experience definitely sparked something for me.

What actors and actresses have always inspired you? Are they the same today?
When I was younger, I was more inspired by film actors, as that was my exposure at the time. It’s shifted now to great actors I’ve had the fortune to watch and work with: Tom McCamus, Steve Ross, Tom Rooney, Seana McKenna, Kate Hennig, Shawn Wright, Lee MacDougall, Bruce Dow…it’s a long list.

How old were you when you first started dancing? And singing?
I joined a musical theatre company when I was 10 and that began my real training in the arts. However, I didn’t focus on dance more seriously until grade 9. It was the very typical story of the ballet teacher needing more boys to partner the overwhelming number of girls, and I was lucky enough to be taken into the fold.

Tell me about your first day at The Stratford Festival.
S-C-A-R-Y. I was wandering around a building I had never been in before and starting a show only knowing two cast members from previous experiences. I remember being very quiet for the first weeks…and that is totally NOT me. 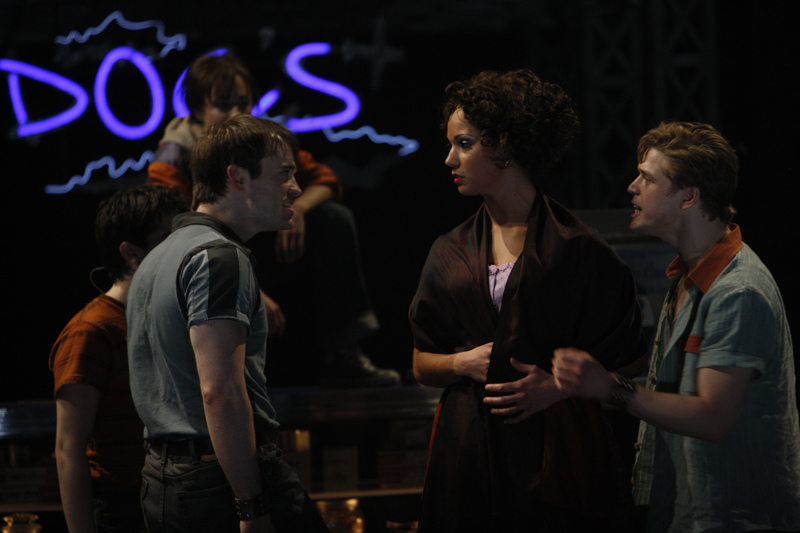 You’ve been in lots of musicals at the festival – do you have a favourite?
All of my experiences at Stratford have been very positive, but West Side Storycomes to the forefront as a singular experience. It was one of those rare occurrences when everything aligned: material, choreography, creative team, cast, space, crew, audience attendance, and on and on. It was equally the most challenging and rewarding show I’ve ever done. Gary Griffin changed my life on that show.

This is going to sound really crunchy granola, but the next season, I came back to the same rehearsal hall for Kiss Me, Kateand found it incredibly hard to begin. The ghosts of West Side were still present and it felt like I didn’t know how I could work on something new there. But luckily John Doyle’s vision for Kate started from that place, of coming into a space and putting behind what you’d been through to start anew, so it created this really amazing foundation for that experience.

Do you try and see every play in the season? What were some of your favourites of 2012?
Yes! I’ve only missed two shows in five years at Stratford. My favourites this past season were Elektra and Cymbeline. There’s something about the [Tom] Patterson [Theatre] that just fuels creativity. Both of those shows had such bold storytelling. I saw them both twice because they were so energizing.

You got one of your biggest roles so far in last season’s 42nd Street as the choreographer of the show within the show. That role seemed tailor-made for you, were you psyched to get the season offer?
I took that offer as a real ‘sign’. A few months earlier, I had decided not to continue with Jesus Christ Superstar past the Stratford run, which was a very difficult, risky decision. And for months I didn’t have a clear vision of what would happen. Then right as I was about to finish my last week of Superstar, the offer came through for Andy. What. A. Gift. 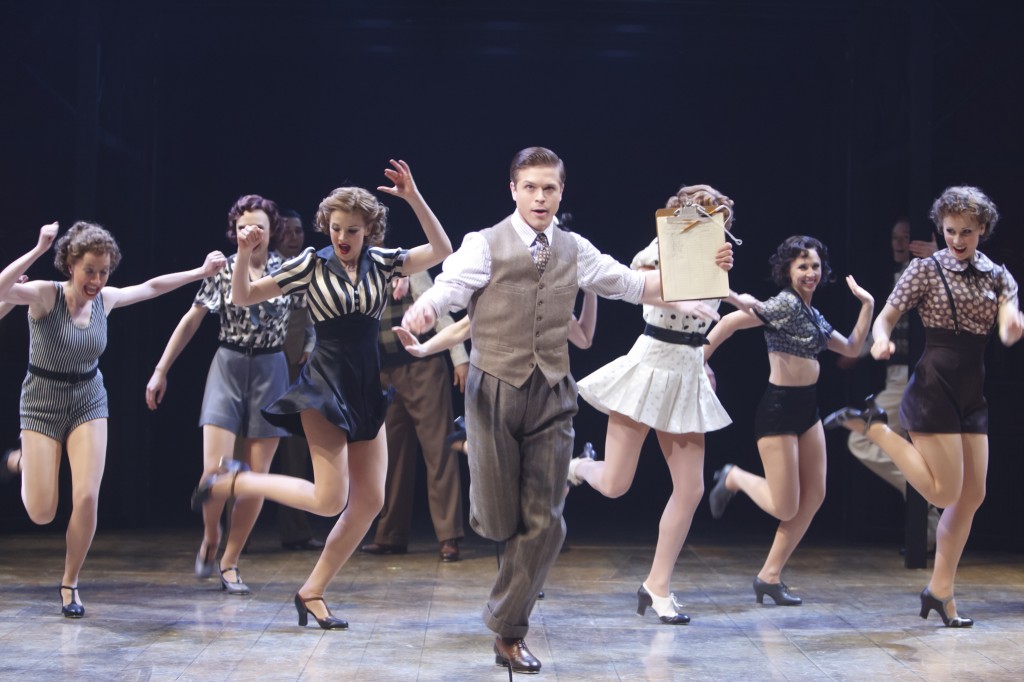 You did some crazy multi-tasking in 42nd Street– playing scenes and singing while executing really fast tap choreo. What was the hardest sequence to pull off?
There was a moment in the opening audition sequence where I had to keep count of the music while giving notes to ‘the kids’ before starting a tap break with Billy (Kyle Blair). That always freaked me right out.

Did you have a favourite moment in that production?
The tap challenge with Peggy (Jen Rider-Shaw) in “Go Into Your Dance”. Jen’s an amazing talent and it was really fun to square off with her every night.

If you could play any role in musical theatre, who would you choose and why?
If I could do anything, I would love to originate a role in a new Canadian musical because it would mean that our writers were being given a chance to use their voices and an opportunity to employ other Canadian artists.

Do you have a signature song that you always do for auditions, concerts, etc?
Whenever I can, I love to haul out “Kyle’s Satisfactory Trajectory” by Nancy White. She wrote it for me when I quit Starbucks to go work at Stratford and is a very funny farewell to the corporate world.

Who are some of your favourite people to work with and why?
Gary Griffin: because he challenges his actors to discover more of what they can do. Cathy Mackinnon: because she is an amazing voice coach and human. Steve Ross: because he is an hilarious dressing room-mate and has a stunning work ethic. Adam White: because he’s incredibly smart and calls me on all my tricks. Tracey Flye: because she remembers what it was like to be on the boards and treats actors with a level of respect that reflects that.

Tell me about your cabaret work. Any chance of a Making Love in a Canoe remount in Toronto sometime soon?
I LOVE cabarets. They fulfill my equal loves of making people laugh and talking without being interrupted. It all started because I was working at Starbucks and needed a way to keep challenging myself. I put a show together with three of my best friends as a one-time exercise in being creatively fulfilled. I hadn’t anticipated that I would still be doing them seven years later.

As for Making Love in a Canoe, our recording of the show is set to come out very soon and we are hoping to do a release party in Toronto and possibly other locations.

Do you have anything you’d like to add?
Making Love in a Canoe now has its own website. All the album details will be up there as well as downloadable liner notes, information on our upcoming gigs, and plans for dominion domination. There are a lot of dreams for that whole side of my career and I’m hoping they will be real before too long….