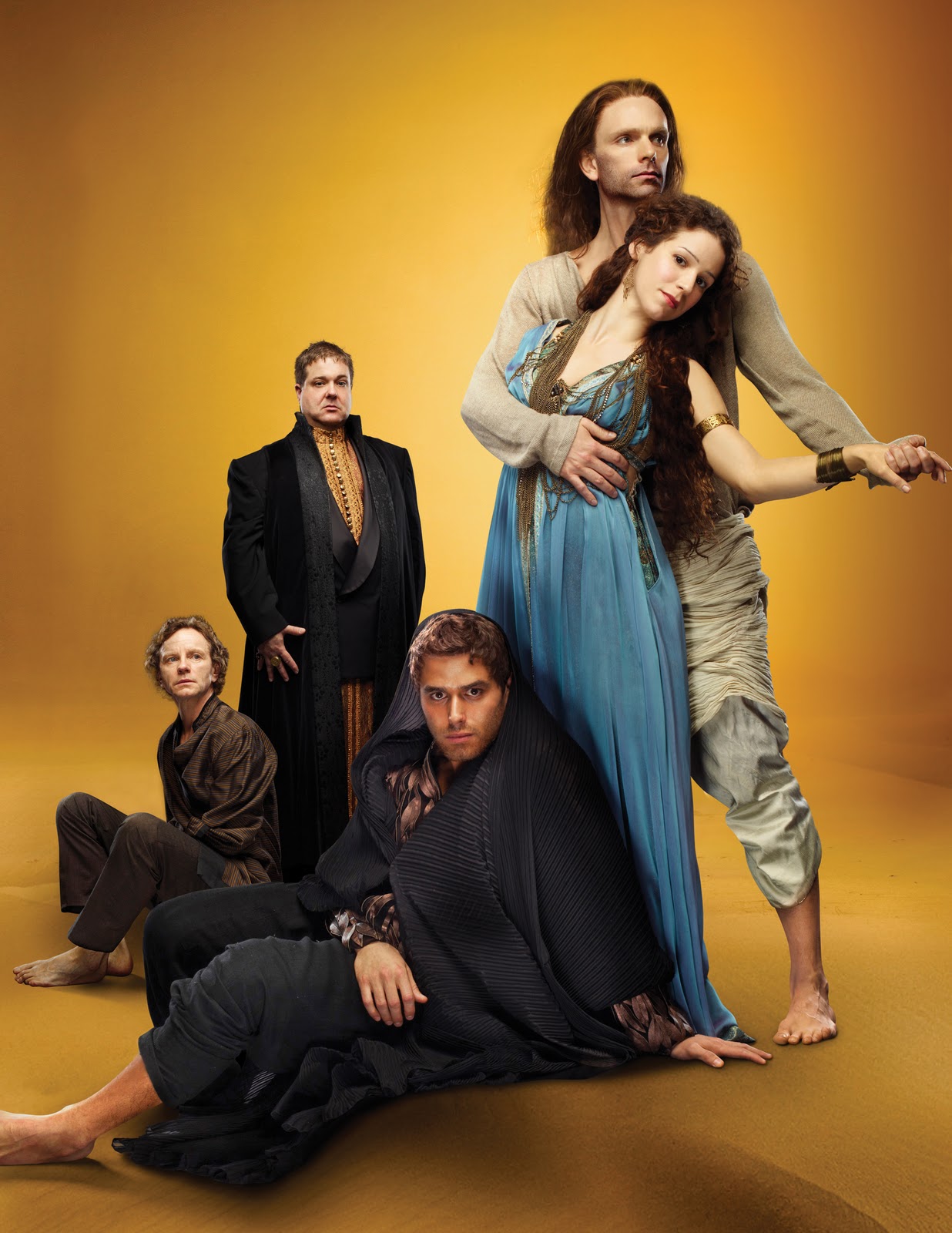 Jesus Christ Superstar is inarguably the biggest hit The Stratford Festival has had in years. But that was fairly predictable. Current Artistic Director Des McAnuff is, at heart, a rock musical man and he’d been dreaming of JCS for quite some time. After the arrival of Josh Young in last year’s Evita and with the maturation that title role brought to ingénue Chilina Kennedy, the cast was finally starting to take shape to be able to pull off the massive task of the Lloyd-Webber/Tim Rice rock opera. Now, the soldout, extended-run breakout is headed not only to La Jolla playhouse but all the way to Broadway come March, where hopefully we’ll see some of Stratford’s best get some Tony love.

As for me, I liked the production an awful lot. But with a few weak points and a central character interpretation that’s pretty alienating, I think there are better things at the festival this year, which is why its biggest hit is only my #6 choice.

The first thing that one has to talk about coming out of Jesus Christ Superstar is Judas. I think that’s true no matter the production- Jesus’ conflicted betrayer is, I think definitively, the role of the show. Cast him right and he’ll carry the production on his back. That’s what the remarkable Josh Young does. I gave the charismatic performer a glowing review when he first appeared on the Stratford scene playing the awesome role of narrator Che in Evita (from the same writers as JCS). But with Judas, he steps up his game with a no-holds-barred attack of the challenging role and the most committed emotional performance in a musical this year. His beautiful voice, so mellifluous and comforting on his excellent self-titled first album, gets pushed to insane heights as he runs head first at production numbers like “Damned for All Time”, which famously intimidates the likes of the legendary Colm Wilkinson. With the full weight of his strong and meticulously trained voice behind him, Young hollers at the high notes with the conviction of a complete character actor- his voice portraying Judas’ frustration and heartbreak first and Young’s impressive vocal range second (a great feat for a triple threat for whom singing is the priority by far). An audience member bored with Jesus could easily spend the entire play watching Judas, even standing silently in the corner, as he emotes the arc of the production’s most complex character.

It’s a lucky thing that Young can captivate from the background, because the man in the foreground is anything but captivating. The usually exuberant Paul Nolan takes a very strange approach to the role of Jesus. He hits his insanely high notes impressively but his trance-like presence proves unsettling and the son of God easily gets lost among the strong crowd. The Son Of God gets lost among the crowd- I’ll let that sink in for a moment. Maybe the interpretation was supposed to be a sort of untouchable serenity that just didn’t read right, but what comes across is an aloof self-centeredness that could have been interesting if it didn’t read like a scene from a zombie movie. The entire plot of the musical revolves around the cult-like following developed by a remarkable but very human man. So it should follow that that remarkable man be in possession of some sort of entrancing charisma, no? It’s possible that Jesus’ allure is being purposely played down to give the middle-aged Christian audience a better shot at sympathizing with Judas (who they surely enter the theatre with a bit of prejudice against), but that strategy doesn’t give enough credit to Young’s magnetism or Rice’s complex and human lyrics. Either way, a charmless Jesus leaves the story making very little sense and Nolan’s usual likability gets completely squandered here.

It also undermines the central love triangle- a device which I think isn’t brilliant in the first place, least of all when it doesn’t seem balanced. Though always an easily interesting dynamic to add, a love triangle here puts the focus on the wrong character. The best JCS I’ve seen played the love triangle with Jesus in the centre, not Mary Magdalene- a much stronger choice. The two guys and a girl setup is convenient and unnecessary and serves to simplify the complex loyalty and friendship between Judas and Jesus. The power dynamic present in their interactions alone is a plenty fascinating story to tell- there’s no need to put jealousy over a girl on top of the many other, more interesting, layers of jealousy that exist. So many of Judas’ lyrics are about Jesus, almost none of Jesus’ are about Judas- they are a dysfunctional friendship for the ages, the fascinating reprise of “I Don’t Know How to Love Him” taking centre stage in their push and pull. Finally, Judas’ wrenching decision to try and save Jesus by betraying him becomes petty and calculating when coloured by romantic ulterior motives. I appreciate the attempt at interpretation and pulling out a specific dynamic within the story, but I think McAnuff pulled the wrong one.

But the rest of the production as a whole is fairly flawless. Chilina Kennedy is grounded and believable as Mary Magdalene. She’s feisty and determined while also selling her romantic throughlines as well as can be expected. The historical figure’s seedier side gets pretty much completely ignored but I’m mostly okay with that (especially within the added love triangle context; Judas’ accusations could seem like unfair slander but the otherwise annoying triangle makes them desperate overcompensation instead, which is kind of cool). Bruce Dow is the best he’s been in years as King Herod- just funny enough without taking it too far- and the always excellent Brent Carver does what he can with the incredibly tricky and somewhat thankless role of Pontius Pilate. Marcus Nance, meanwhile, is a captivating Caiaphas, his richly resonant voice elevating a vocal part that can often sound frog-like. The excitable crowd of a chorus, too, is sensational, particularly featured apostles Mike Nadajewski and Lee Siegel.

The set is simple and effective, but its resemblance to last year’s cold Evita design left me thinking that Robert Brill should have done more with it. The functionality of the stairs works well though, becoming the centerpiece to the brilliantly executed whipping scene (in which Mary Magdalene holds Jesus’ hands, hidden beneath the stairs on which he lies). Paul Tazewell’s costume designs hit exactly the right balance between modern and period and his use of colour is outstanding. With most of the cast in muted colours (even Pilate’s purple doesn’t shine particularly strongly), the central three characters appear in vibrant blue (Judas), yellow (Mary Magdalene) and white (Jesus, obviously). The vibrancy of Judas and Mary Magdalene’s costumes has them shining just as brightly as their friend and cohort but in a less obvious way, lending all sorts of wonderful metaphorical value to their places in their societal microcosm.

The use of lights and projections is one of the production’s real strokes of genius. Jesus’ cross is lit up almost like a marquee- the final act of history’s most out-of-control PR campaign- and the projection of gospel verses across the stage at the end is the final, haunting touch, reminding the audience of the enormous legacy left by the characters we just spent hours getting know on a small personal level.

In an excellent parallelism, I’m not convinced that Jesus Christ Superstar is the truly special work that general opinion seems to believe that it is. I think it’s great, easily above average. But divine? Perhaps not.

Jesus Christ Superstar plays at the Avon Theatre in Stratford, ON until November 6th.