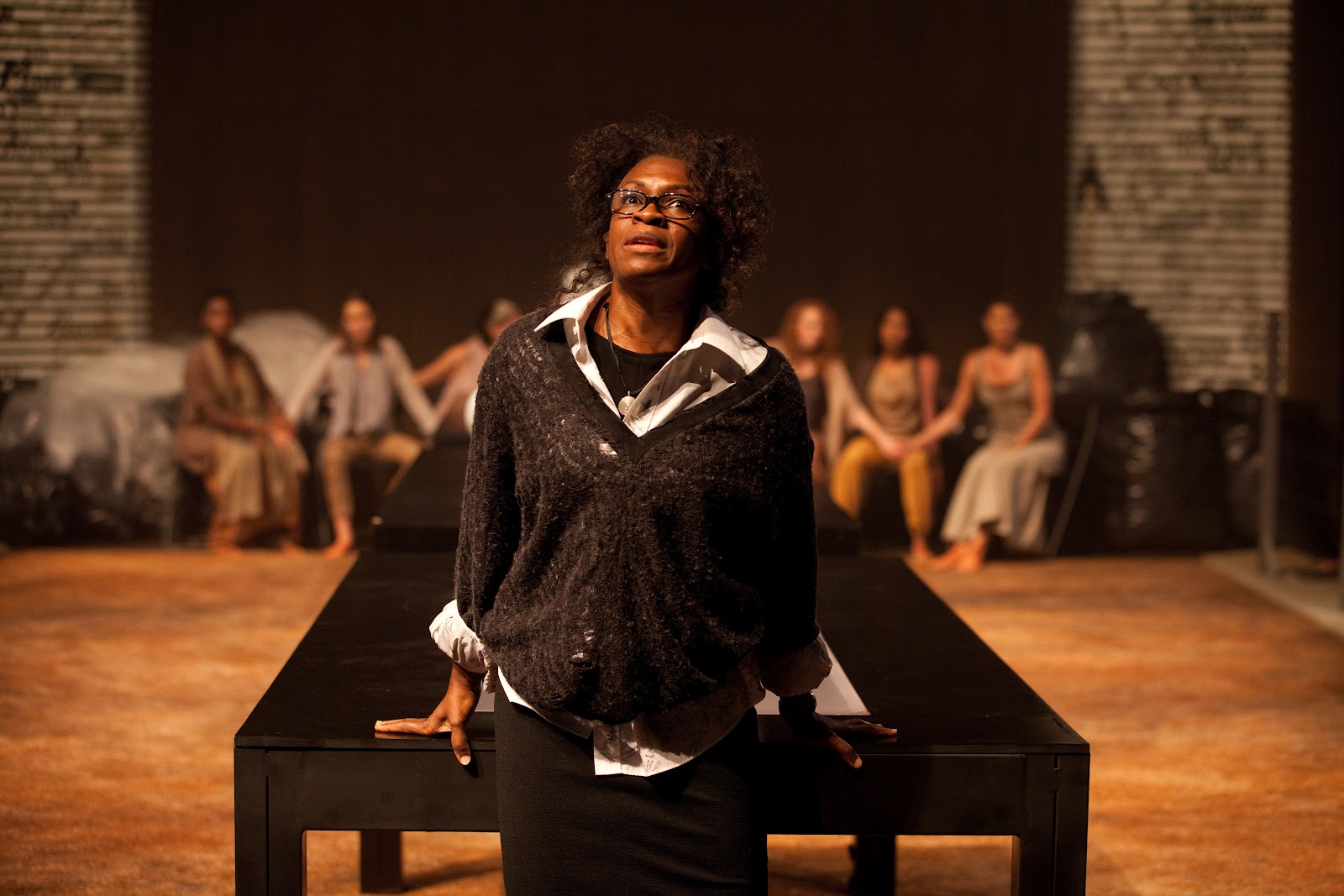 I was pretty sure Elektra would be my least favourite thing at Stratford this season. I’m not big on the Greeks (not that I’m against them, they’re just a tough sell and almost always directed by crazy people who want to make everything into a Very Meaningful Movement Piece). I’m most certainly not someone immediately on board when she reads the words “epic poem” and “rhythmical recital” in the director’s note. And sometimes it seems like I’m the only person who a) isn’t unconditionally enamored with Seana McKenna and b) doesn’t like Yanna McIntosh at all (they both do this affected cadence thing that drives me crazy). But, man, Elektra is something else. It might even be the only truly artistic piece I’ve seen at the festival this year.

Let’s start at the centre of the matter- the text. One doesn’t generally think of Sophocles as zippy (and funny!) but, under the translation of Anne Carson,  Elektra really is. Carson lifts the characters and story up with a fluid and refreshing translation that feels complete at only 1 hour and 45 minutes but rarely drags and never drops into melodrama (despite the coocoobananas story). Designer Ellie Papageorgakopoulou follows up on Carson’s unfussiness and modernity with ambiguously modern costumes that nod at Greece without trapping the setting there. A giant Greek statue (Agamemnon maybe?) lies in three pieces down the middle of the stage, suggesting a museum-like setting where the action plays out around (and sometimes on top of) the history. The cumbersome set pieces (beautifully crafted out of the heaviest marble, but most likely really made of paper) get in the characters’ way (which works interestingly) and give them levels to work with. They also create an omnipresent reminder of the family’s tragic history and (if the statue is in fact of Agamemnon, which would make the most sense) the death that haunts Elektra and sets the action on course. The statue pieces sit on risers with glass tops, allowing light to come from within them and for McIntosh’s cerebral and frantic Elektra to write on them. I love that last feature as it so perfectly characterizes McIntosh’s specific Elektra. Frumpy, grandiose, and awkward,  it’s a take on the character that simultaneously captures and explains her mythological actions while also bringing her forward to be more relatable to a modern audience. I finally get Elektra now, which isn’t saying nothing. McIntosh is fantastic in the role, simply fantastic. The rhythmic and musical delivery of some lines does cut down on her vocal annoyances but even in the straight dialogue she doesn’t go to her overdramatic place (just Elektra’s overdramatic place, which is entirely different). The detail in McIntosh’s work here is perfect and, while she might be a tad too old for the part, she’s finally won me over by playing with subtlety and surprising dark comedy. I’m shocked and thrilled to say that Yanna McIntosh as Elektra might be the best performance from a leading female all year.

The rest of the character actors are fine but none spectacular. I like the close dynamic developed by Ian Lake and EB Smith as Orestes and Pylades and the theoretical (and aesthetic) approach to Clytemnestra. What I don’t like about Clytemnestra is how neatly in McKenna’s wheelhouse the approach is (a little Medea here, a little Marquise de Merteuil there). Graham Abbey is a sinister hoot for the 45 seconds he’s on stage as Aigisthos, and the great Laura Condlln shines as Elektra’s conflicted and cautious sister Chrysothemis. Peter Hutt is fine, I guess, but his character is generally just a little confounding and stylized well past the point of interesting. The chorus, on the other hand, is perfectly stylized. They begin in the audience, chatting (as themselves) with whomever’s sitting nearby and making sure everyone knows the story of the curse that chases the family in the play. Acting as both our mediums into the story and Elektra’s confidantes, The Chorus is the most crucial character other than Elektra herself, and the 7 women assigned are marvelous.

Perhaps only rivaled by McIntosh, the real star of Elektra is Thomas Moschopoulos whose direction achieves the near-impossible feat of being interpretive and artistic while still serving the story above all else. A few decisions go over the top or fall flat or both (like the portrayal of Hutt’s Old Man character or the stage business surrounding Orestes that kicks off the play) but for the most part Moschopoulos’ instincts are dead on. He brings music, movement and recitation into the piece without crossing the line into pretention or distraction, and his characters are all simultaneous new inventions and mythological icons. This is what I’m always looking for from the big classical companies- smart interpretation. I’m not saying that Every director needs to modernize and that Every play should cross mediums and that Every actress needs to completely transform herself and her character to create something entirely new. Not everything should be the Big Artistic Piece in the Tom Patterson (the Stratford metaphorical equivalent of a black box). But more things should be. Stratford needs more plays that force me to think and change my opinion and like things I don’t like, like Elektra.