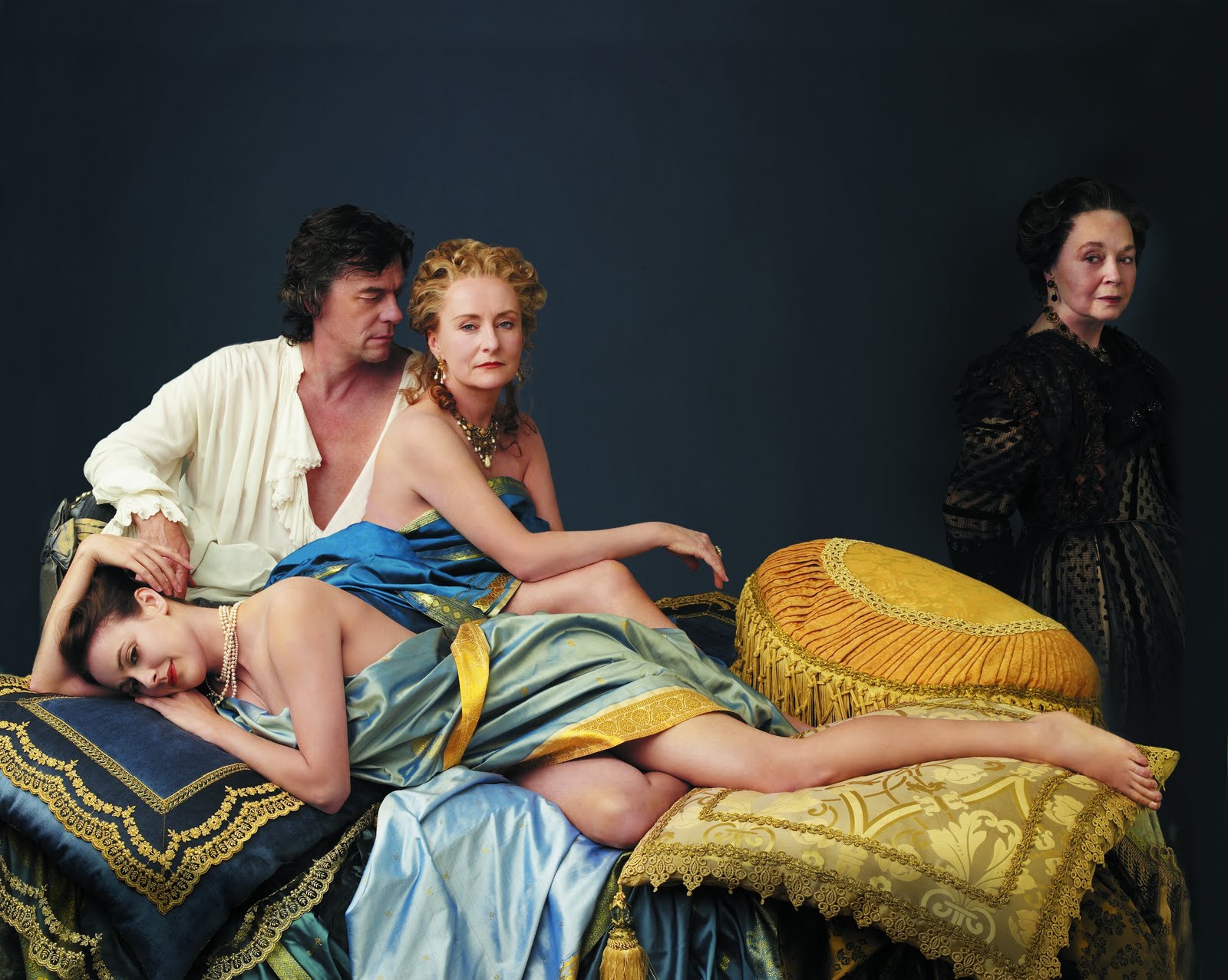 Dangerous Liaisons (at the Stratford Festival this season) is pretty badass. It’s badass in embarrassingly large and frilly french wigs (Yanna McIntosh as Mme de Volanges wears a particularly silly one). It’s badass in petticoats, badass in tights and badass while perched daintily on lavishly ornate pieces of furniture. This solid piece of badassery is such due almost entirely to the awesome interpretation of director Ethan McSweeny.

Sarah Michelle Geller movies aside, Dangerous Liaisons (adapted by Christopher Hampton in 1985 from the 1782 novel) really does belong in its original 1780s french setting. And that’s where McSweeny lets it live, mining that setting for all the deliciousness it’s historical context provides and adding clever modern tones in unobtrusive yet illuminating ways. Perhaps McSweeny’s most interesting contribution is that he lets the future linger dangerously over the play. The reprehensible antiheroes of Dangerous Liaisons are allowed to enjoy their malicious romp for the time being, but the audience never fully forgets the impending french revolution and accompanying fall of the very aristocracy the characters luxuriate in. The final deafening moment of the play drives that wonderful point home in a memorable and unmistakable way.

This production’s other great achievement manifests itself in the work of designer Santo Loquasto, lighting designer Robert Thomson and sound designer Todd Charlton. These design aspects expertly mix the superficially historical with a modern essence of rock and roll. Sound weird? The clever chess board floor, the strange anachronistic mix of classic design and clear plastic furniture, the music and lights reminiscent of a rock concert, all of it folds into the characters beautifully; their mix of court decorum and devilish impropriety, strategic and thoughtful yet foolish and rash manipulations, it’s all there, visually supported in the ingenious design.

As for the performances, anyone unaware of the brilliance of Seanna McKenna needs to do something about that this very minute. Her La Marquise de Merteuil is brilliant, though to expect otherwise would simply have been ignorant. She’s a master and I expected nothing less than the mastery she exemplifies in this role. Tom McCamus as Le Vicomte de Valmont is every bit as brilliant in a role that’s clearly a joy to tackle. Here he is set absolutely free, allowed the delight of complicated calculated villainy that he is denied in his role as the cartoonish Captain Hook in Peter Pan. Sara Topham and Michael Therriault, on the other hand, are much more at home in Peter Pan than in Dangerous Liaisons. Topham’s frothy, high-pitched ingenue shtick, so effective as the iconic Wendy, is annoying as La Presidente de Tourvel (as in so many things). And Therriault, a long time favourite of mine, seems miscast as Le Chevalier Danceny. He, frankly, gets out-acted, a terrifying and disappointing reality for me and my 13-year-old love of him as a performer. Festival icon Martha Henry plays the small but important role of Mme de Rosemonde, her amazing pedigree working on so many levels.

The sparkling dialogue and superfun characters more than make up for slightly muddled plotting and the sheer confidence of the production is enough to make absolutely anything fly. Ultimately, this highly entertaining piece soars on the shoulders of McSweeny, Loquasto, McKenna, McCamus and the balls-to-the-wall way they attack their roles. Lucky for the festival, those are some pretty badass shoulders.