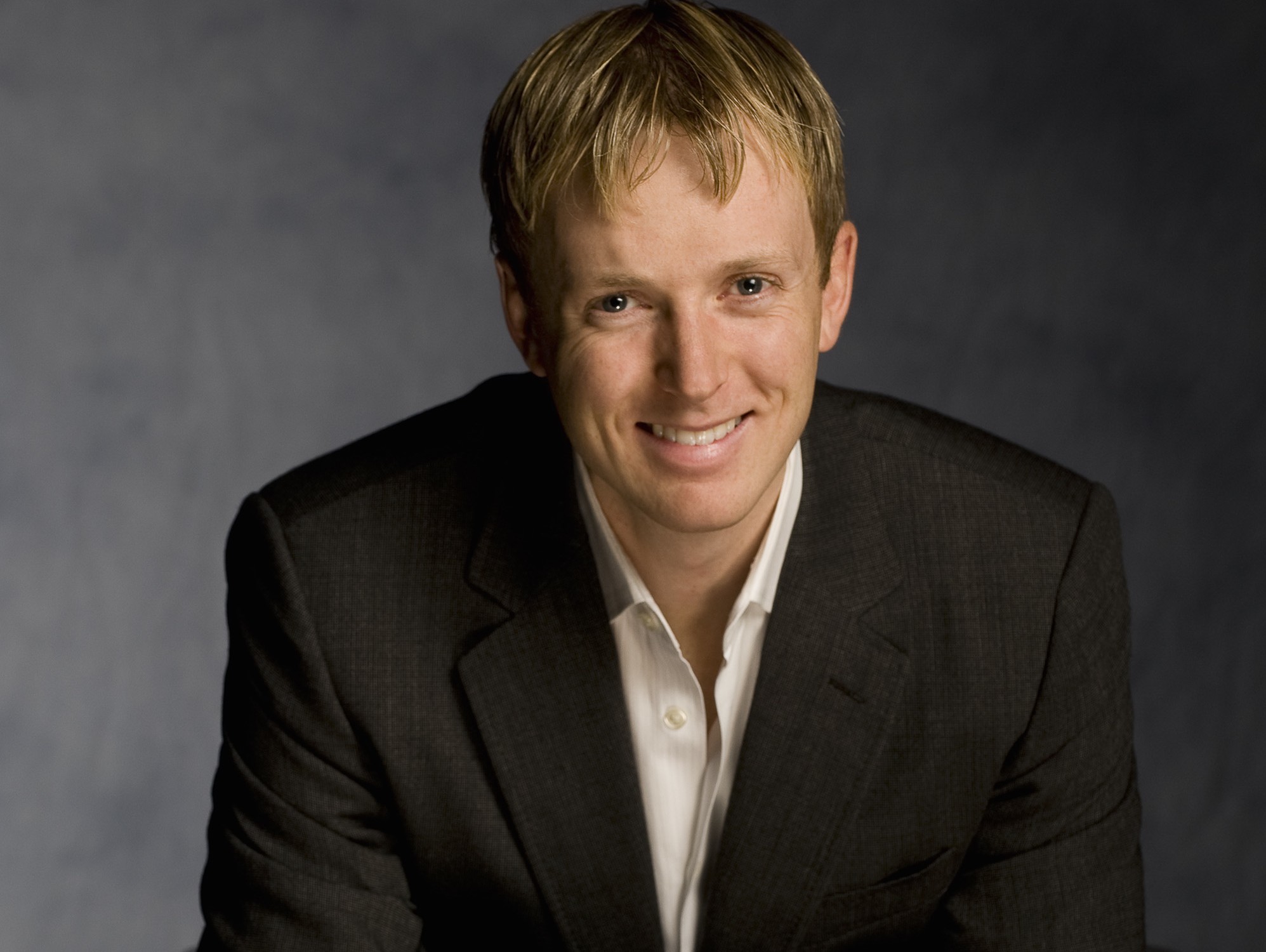 One of Canada’s best male triple threats, Kyle Blair already has a My Theatre Award (2011’s Best Supporting Actor in a Musical for his role as the Scarecrow in Ross Petty’s Wizard of Oz pantomime). So we weren’t all that surprised when he proved to be an MVP of the 2012 Stratford season, holding down leading roles in both the dance-heavy 42nd Street and classic operetta The Pirates of Penzance to great comedic, dramatic and- most brilliantly- musical effect.

The latter earned Kyle his current My Theatre Award nomination- Best Actor in a Musical for The Pirates of Penzance– so we made a point of catching up with him for the Nominee Interview Series before he dove too fully into rehearsals for his upcoming season starring at The Shaw Festival.

Can you remember your first experience with theatre?
Although I’ve always been attracted to the theatre, the “holy shit” moment came for me in gr.8 when I went to see a production of Jesus Christ Superstar at Oakridge S.S. in London.  I made sure I enrolled there and got myself heavily involved with the theatre and music departments.

What actors and actresses have always inspired you?
Some of my favourites are: Brent Carver, Bernard Hopkins, Pete Donaldson, Stephen Ouimette, Steven Sutcliffe, Jim Mezon, Michael Therriault, and Seana McKenna.

When did you start singing? Have you always wanted to be in musical theatre?
I’ve been singing all my life.  I grew up singing in church and community choirs.  I still remember the day when I “found” my voice.  It was a really empowering feeling.  I have always been attracted to the language of music. I love how many disciplines come together to tell one story in music theatre.

Do you have a favourite musical or dream role you haven’t played yet?
My dream is to keep working on projects that challenge and inspire me.

You won our Best Supporting Actor award last year for your hilarious turn in The Wizard of Oz. How did you develop the unique physicality of your scarecrow?
Thank you!  It was a really lovely feeling to be recognized in that way.

That role was a blast.  I brought some ideas to the floor and then worked with our director (Tracy Flye, goddess) to refine a movement vocabulary.  Being made of straw opens the door for so many possibilities.  There was a great amount of fun being had in our rehearsals and I felt free to try anything.

Then you did two major leads in Stratford musicals last season, including Billy in 42nd Street. Was all that tapping a daunting endeavour?
Oh my god, my feet!  By the end of the season, I could barely walk when I got up in the morning.  My massage therapist can probably afford to retire now.

Billy’s a bit of an arrogant cad- is that always more fun than playing the strictly nice guy?
I agree that Billy operates with some arrogance.  However, when I was working with Gary Griffin (our director), we tried to find the humanity in Billy.  Yes, he had arrogance, but also insecurity and doubt.  Sometimes the contradictions are the most fun thing to play.

Your My Theatre nomination this year is for The Pirates of Penzance. Had you done any Gilbert & Sullivan before? Is it hard to get into that classical vocal style, especially when doing it in rep with a more contemporary piece?
I did The Gondoliers in University, but this was my first professional G&S.  I was terrified. I prepped a lot with my vocal coaches, which helped a great deal. Because of the style being more “classical”, it was easy to approach the material with healthy vocal choices.  I was surprised to feel vocally strong throughout the season – although I also lived like a monk.  And I had incredible support from Andy Allen who ran the sound board.  He made me feel like I could do anything.

The concept for Pirates called for you to be incredibly goofy at times (that paddleboat scene was Absurd! In a good way). What was the most fun thing you got to do?
The great thing I discovered about G&S is that the more earnestly you play the scenes, the funnier they get.  With a few exceptions, I tried to approach everything as if I were in a serious drama.  I loved the paddleboat – I thought that was a real gift from Ethan McSweeny (our director).  Our set was like a big jungle gym.  I loved all the swinging and sliding and climbing.

Your relationship with Sean Arbuckle’s Pirate King was hilarious but also really heartfelt and kind of tragic. How did you two approach striking that balance?
Sean is an incredibly generous actor.  It was easy to feel close to him because I like him so much.  I think the Pirate King is one of the most important influences in Frederic’s life and in fact I think they are very much alike. I viewed him as a father.

What’s it like working with director Ethan McSweeny?
Ethan had a wonderful way of viewing the piece through a contemporary lens. He’s bold and full of energy and ideas. He was very generous in the amount of freedom he gave me.

You seem to play a lot of dashing romantic leads. How does one approach making the audience fall in love with them?
That hasn’t been a consideration for me.  I usually start by reading the play many times, doing some research for context, and then, I focus on what my character wants, and how they are going to try and get it. Working with good writing is the best, as it does a lot of the work for you.

What’s the most challenging role you’ve ever played?
The answer to that is always: The next one.

You’re set to return to The Shaw Festival this season for Guys & Dolls. Any hints on what to expect from you in that production?
I’m just prepping for rehearsals now, so it’s too early to say! I am looking forward to working with a top-notch group of people.