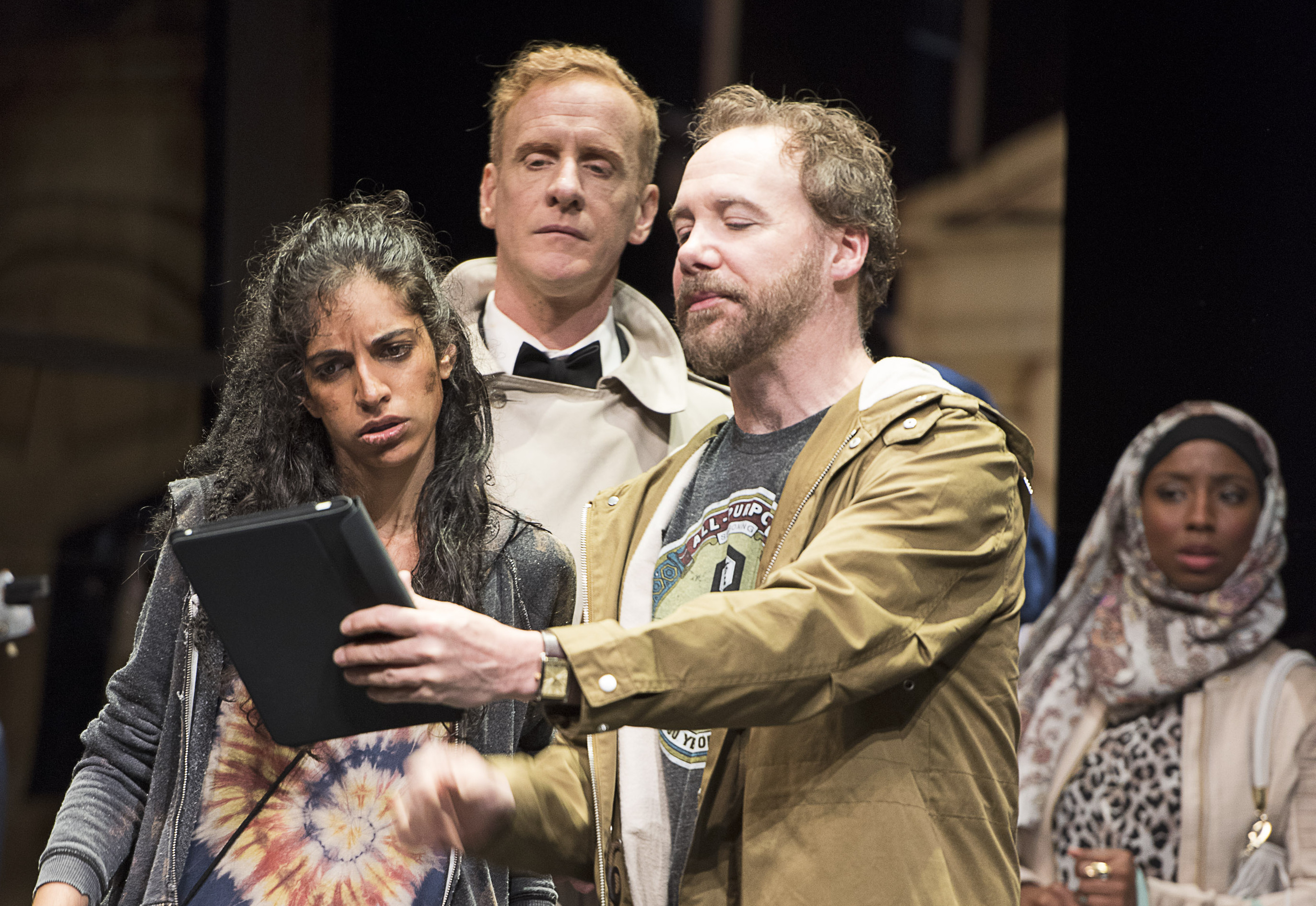 At the Shaw: Pygmalion

Oh, Peter Hinton, where would the Shaw Festival be without you? Pygmalion is exactly the sort of “ugh, this again?” play that the festival has no realistic way of avoiding, but that’s why they need Peter Hinton. A rare director of grand ambition, a Peter Hinton production is never boring, never simple, never lazy. Even when a production doesn’t quite come together (2014’s Cabaret just didn’t work for me), a show is always better off having been at some point reflected through the mind of Peter Hinton. Pygmalion– now a modern dissection of classism and social value in contemporary London with an eye to how technology reflects us and fashion expresses and hides us- is no exception.

It’s not a perfect production- a tonal shift at intermission sends the characters and relationships far down a path we never really see them build- but there’s a lot to contemplate in it and such interest is hard to inspire with a play as over-familiar as Pygmalion. Rather than just a feisty matriarch, Hinton makes Donna Belleville’s memorable Mrs. Higgins a high-powered career woman with little time or patience for her son’s nonsense. Her chosen field? Fashion, specifically of the avant-garde artistic variety that at first glance appears to be about personal expression but ultimately ends up mass produced, often co-opting style developed on the streets to be sold in high-end stores. Freddy is still pretty much just Freddy (here in the charming form of Wade Bogert-O’Brien) but Kristi Frank does a lovely job making Clara a character worth a second glance. Jeff Meadows is a wonderfully civilized Pickering, emphasizing what I consider to be Pygmalion’s most essential point- what it is to be a true gentleman (empathy and respect for others, regardless of their stature).

Patrick McManus goes the other way with his brilliant and refreshing take on Henry Higgins, leaning into the character’s petulant idiocy and basic bad manners (he’s always picking his teeth and disregarding company). Harveen Sandhu is broad and wild in the first half, failing to hint at the sort of inner grace that would contrast so perfectly with McManus’ gloriously hypocritical Higgins. But, after that odd intermission jump takes us to the consequences of the would-be-lovers falling out of something they never fell into, Sandhu thrives. She righteously thunders at McManus’ hapless, thoughtless Higgins, strength and defiance and hurt mingling to wonderful effect as the new Eliza takes form. There’s trouble in how little she resembles the old Eliza (isn’t the transformation far more bittersweet if it’s an unlocking of potential and stripping of identity more than the building of a new character?) but that sublime second half performance remains the best I’ve seen from Sandhu thus far.

Pygmalion is nothing new, it never will be, but Peter Hinton takes big swings and, in doing so, he may not manage to find something new but he certainly finds something new to say about what’s already there.