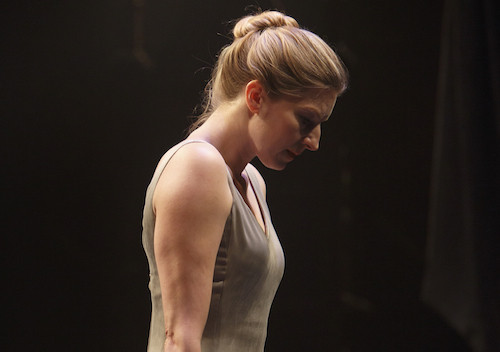 In Stratford: The Last Wife

Thank god for Kate Hennig. In a Stratford season where women are both underrepresented and terribly misused, she’s offered us a heroine ten times as complex as Pericles and two of the most compelling supporting female characters of the season to boot. In a season of dull period pieces and literal interpretation, she’s bent history to her will and created something fresh, relatable and indelible.

Hennig’s new play about Henry VIII’s last wife Katherine Parr is brisk and intense, funny and irreverent, insightful and empathetic and critical and clever. It stars one of the strongest and smartest women in Canadian theatre (Maev Beaty at her transcendent best) and, until the confounding curtain call, makes a supporting player of one of the most commanding men in Canadian theatre (Joseph Ziegler– tender, terrifying, complicated and infuriating as Henry). Quickly climbing ingénue Sara Farb breaks out with a furious and beautifully wounded performance as the future Bloody Mary and, though I find Bahia Watson’s baby voice deeply irritating, she absolutely broke my heart in her best moments as a girl named Bess who will grow up to rule the world (as Elizabeth I). The Last Wife even brought back one of my favourite players of the barely-bygone McAnuff era, giving the wonderful Gareth Potter his first truly meaty role since Hosanna.

Director Alan Dilworth uses the Stratford studio theatre space well but his transitions are slow and clunky. Yannik Larivée’s costumes are perfect character encapsulations, forward-thinking with nods to the 16th century, and Kimberly Purtell’s lighting is strong and restrained in excellent measure. It’s difficult to imagine The Last Wife without Beaty- who appears to have been born to play a Queen as reflected through Hennig’s complex point of view- but Stratford’s world premiere production is just the beginning for a piece this strong. Hennig’s play will be remembered for a very long time and, perhaps, it will help its overlooked heroine be remembered too.