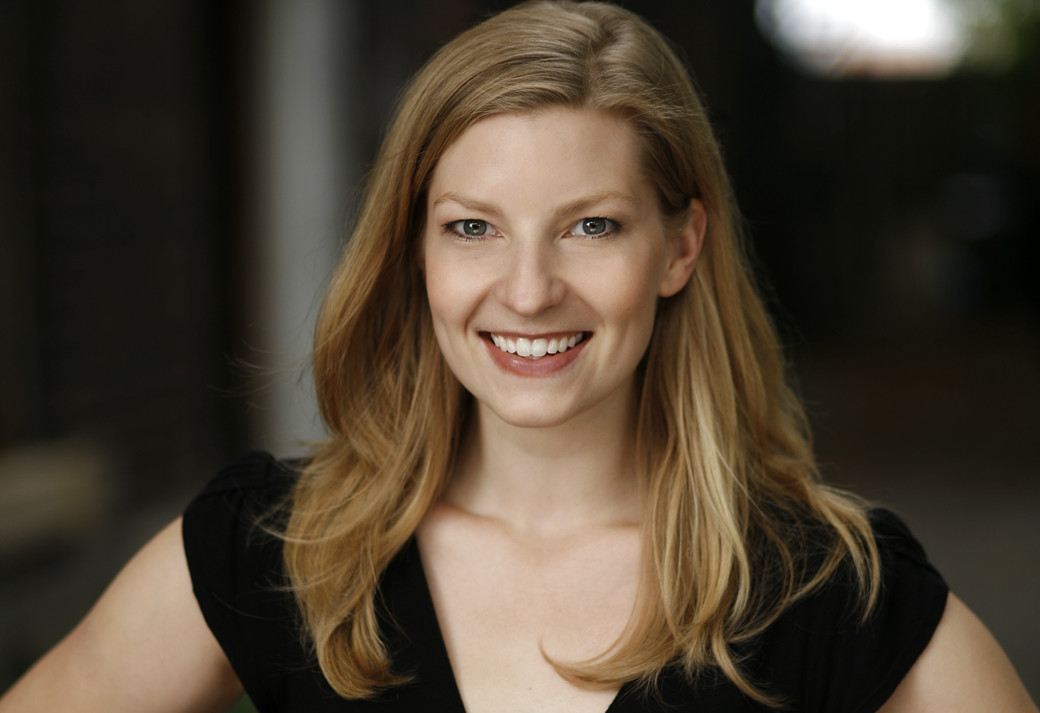 The gorgeously versatile Maev Beaty is the one and only artist in this year’s My Theatre Awards nominated in two different individual performance categories. Whether she was completely redefining King Lear with her deeply human portrayal of Goneril in Stratford (Best Supporting Actress) or taking over the Passe Muraille stage playing a dozen different characters spanning age, nationality and gender in The De Chardin Project (Best Actress in a Play), Maev was indelible in 2014.

Do you remember your first experience with theatre?
The Puppetmongers came to Kingston when I knee-high to a grasshopper and performed the Brick Bros. Circus, a show they still produce from time to time some three decades later. I wanted to be Madame Brikaskova, a brick in a tutu. Also when I was growing up my mom was a children’s librarian – her puppet shows were gobsmackingly theatrical. I wanted to be Strega Nona. I’m basically trying to be a puppet.

When did you know you wanted to be an actor?
In Grade 9, my highschool did Jitters by David French and I played the playwright (who they’d turned from Robert to Roberta). I had a long period of stage business while someone had a monologue offstage and that actor, in a fit of misguided panic, had exited with all my lazzi props. I had to improvise 4 minutes of silent stage comedy onstage by myself. I so clearly remember those minutes: the terror of the risks, the speed of my thoughts and the sense of communion with the audience. Then in Grade 11, we did Twelfth Night and I was Olivia. When I flew onstage to break up the fight between Sir Toby and Sebastian, the audience were laughing so hard they burst into applause. I am lucky to do a lot of drama, but this lifelong addiction was born of those two moments of comedy.

What was the first role you ever got?
My parents were part of a huge outdoor York Cycle with 48 separate pageant wagons (theirs was Flight into Egypt) put on by the Poculi Ludique Societas in Toronto in the late seventies. Hundreds of people were involved. They were Mary and Joseph. I was baby Jesus. My brother was a donkey.

The first of your two My Theatre Award nominations this year is for the two-hander De Chardin Project at Passe Muraille, directed by your husband Alan Dilworth. How did that project come about? What attracted you to the role?
Adam Seybold had sent Alan the script to read, after producing it with his company the previous year. I think Alan thought right away that if he did it someday that Cyrus [Lane] and I would be the casting he would want. There were a series of extraordinary coincidences that brought the play to that place and that time with those people and some of them go beyond professional into huge personal events that we were weathering while working on it. If you’re the kind of person who believes in signs (which is debated in the play) then you might say it was all meant to be.

The staging for that piece was very simple and focused. Did you find the lack of hullaballoo freeing or could you feel the pressure shifted entirely onto you the actors?
Because we were trapped in a small box of space and there were so few elements to distract? There is a kind of pressure in being in a show like that, a two-hander with no exits, but there’s a fantastic foot-off-the-brakes quality too. You strap yourself to the front of the train and off you go! Except you aren’t alone, thank god. Cyrus and I caught and lifted each other back onto the tracks a thousand times during that run, as did our stage manager, Sarah Miller.  We were a small group: two actors, a director, two designers, a stage manager, a playwright and our technician. Alan created the process where these eight people created a huge amount of trust and a vital sense of play in a very short time. Very few shows have felt so deeply like a group of people in service of something.  Perhaps that was in part because it dealt so squarely with the questions of meaning in the face of death.

The transitions between your many characters were swift and often very subtle. Was it difficult to keep those moments fluid while transitioning clearly enough that the audience could follow you?
There is a version of the show we could have done with more extreme voice and body characterization. But it was important for us that the audience always stayed in those last five minutes of Teilhard’s life. We wanted to bring those moments and the questions that they inspired forward to him as offerings, not drag him back into the past into historical reenactment. So that was a huge part of the process for us, playing with how to achieve those transitions and keep it present and moving forward, not back.

Who were some of your favourite and least favourite characters to play in the De Chardin Project? Who was the most challenging?
The British kid at the dig in Egypt was inspired by a boy, Freddy, that Alan and I had recently spent time with while on vacation in Cuba, who was a truly kind young man and I hope to meet again someday. And I loved Davidson Black the archaeologist in the cave because I really couldn’t find him at first, but once I did I could kind of wear him forever, goofy jokes and all. The interrogator was probably the most challenging because I had to tuck away all Lucille’s vitality and femininity to get to him.

Did you have a favourite moment in the play?
Ahhh, there were many, many and they were always shifting but the cave at the end – watching Teilhard see it, and then seeing the audience that was there with us for that moment in time, together in that space, however they were, there we were together. For me, the theatrical metaphor and the truth folded into each other, like it or not, for that moment.

You’re also nominated this year for your beautiful humanization of Goneril in Stratford’s King Lear. Many people familiar with your work in Toronto were surprised to find out it was your first season at the festival. How was that experience?
Literally a 20 year dream come true. I had visited Stratford when I was young and it changed my sense of the world. And Lear has been a recurring trope throughout my career. Alan and I met doing a production of it, our company is named after a line from it, and there I was on the Festival stage performing it. I’ll spend my life feeling lucky about that.

Tell us a bit about working with director Antoni Cimolino and Colm Feore, who played Lear.
Antoni was very welcoming and present with me during our process. I knew right from the audition that we were on the same page about avoiding the classic villainess traps, and I loved the world he laid out for us on the first day of rehearsals. He gave me great freedom to find my version, but also gave great reminders throughout to keep me from depending on habits or retreating into fear. I got to watch the understudy run of the show, with an entirely different understudy cast of brilliant colleagues, which I found a humbling and gorgeous experience, and it was a great chance to see the world I was part of, to remember that I was just one piece of the story and to see the beautiful whole that everyone had built under his vision. Colm was entirely and totally with me every performance of the show. He was present, alive, and gave as good as he got every time. I looked forward to loving and then sparring with him every time.

Your version of Goneril was far more sympathetic than most. What were some of the key moments in her story that helped you anchor that humanity?
As a King, to curse your first born child’s womb, whether it’s hyperbole or literal (and I think it’s the latter, obviously it was in our production), it seems to me, is a profound act of nihilism. He opens the gates of Hell there, I think. I think when people remember the play they think of the girls throwing Lear out into the storm. Nope. He leaves. We just lock the doors behind him. There’s lots more I could add, but it would require a pint or two and some time.

You’re back at Stratford this season doing three different productions. What can  you tell us about your roles this season?
I get to play two of the three Kates this season – Kate Hardcastle in She Stoops to Conquer and Katherine Parr, the last wife of Henry VIII in a world premiere by Kate Hennig – another Kate! And I’m also playing Miep in Diary of Anne Frank. Each of these women are so deeply driven, they each have a clear ambitious goal they want to accomplish and use every corner of their abilities, every resource they can access within themselves, to pull it off. And two of them are based on historical figures. A colleague here at the festival talks about surviving a repertory festival by keeping each of her characters in a separate shoebox in the back seat of the car and not letting them out until she needs them, despite their desire to come out and mess with her. I love that. I’m gonna try it.