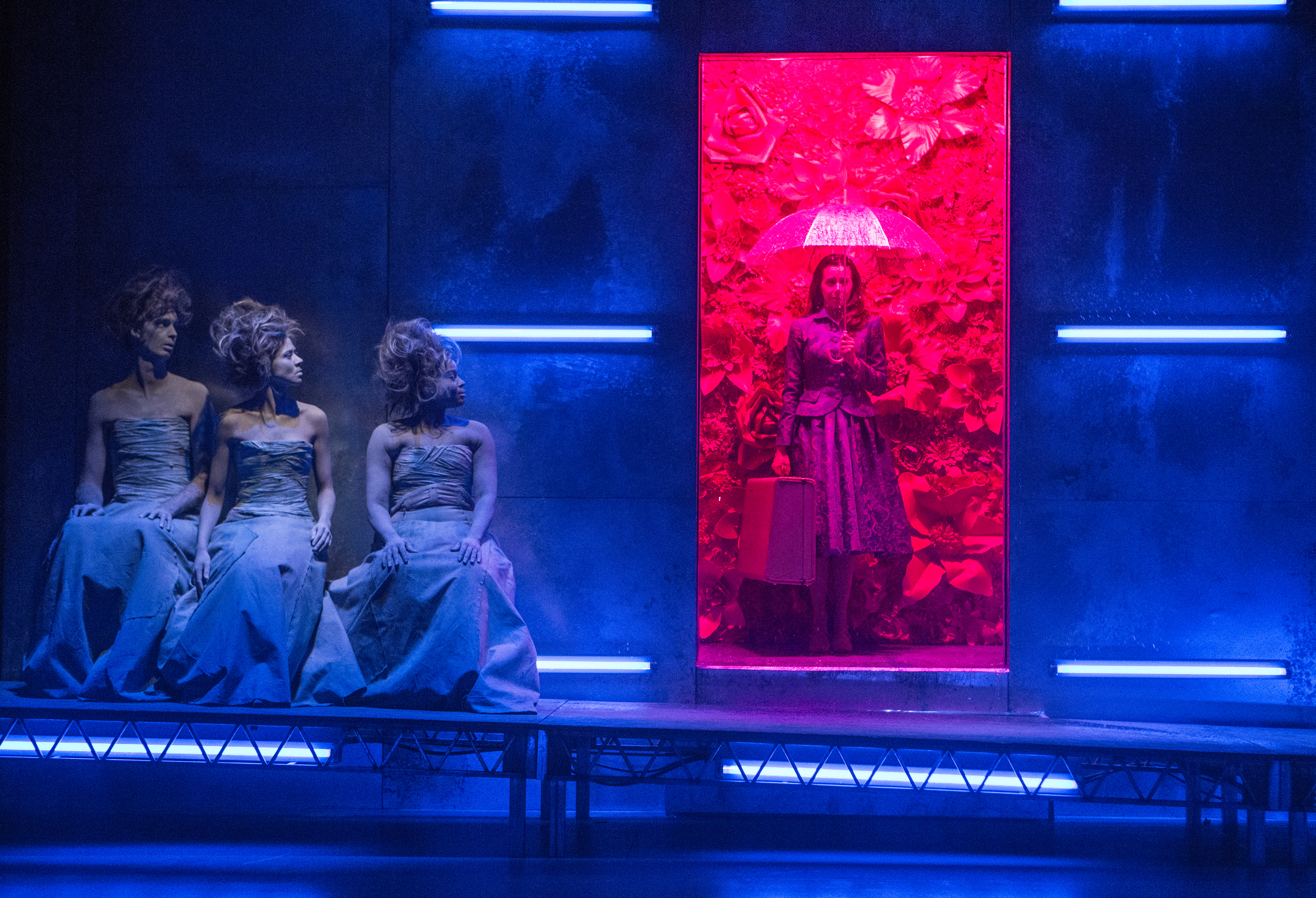 Bedroom Farce
Soulpepper isn’t trying to hide the fact that this is their “something nice and easy for the subscribers” show of the year. Artistic director Albert Schultz all but called it exactly that in an interview earlier last month. Is it depressing as hell to see something this trivial pack the house while Accidental Death of an Anarchist went all but completely unseen by everyone but the Dora committee? Absolutely. But theatre is a business and Soulpepper is smart enough to know that a Bedroom Farce here and there is what keeps the doors open for risks like Death of an Anarchist (put another way, because FOX had Glee, they could also have Fringe). It’s with that in mind that I’m not interested in slamming yet another Ayckbourn text for its broad humour and general pointlessness, at least not at length. Most of the characters in Bedroom Farce are incredibly irritating, both on purpose (Ron Pederson’s horrifically self-involved Trevor) and accidentally (Katherine Gauthier’s shrieking Kate) but our irritation is well converted to amusement when it’s shared by the more likeable characters like Derek Boyes’ exasperated Ernest and Alex McCooeye’s bed-ridden Nick (McCooeye’s is the standout performance by a longshot, a perfect mix of deadpan reactions and clever physical humour). Suffice it to say that anyone looking for something truly worthwhile should head next door to Of Human Bondage but if farce is (for some reason) what you actually want, by all means go for it, this one is nearly perfectly executed.

The Dybbuk, or Between Two Worlds
This ghostly star-crossed lovers story is the first production to really showcase Academy member Colin Palangio (his co-star, the wonderful Hailey Gillis, in contrast, is probably the most heavily featured of the current class across all of Soulpepper’s latest programming). His heartbreaking performance here combined with a small but memorable role in last season’s superb Tartuffe sets Palangio among the ever-growing group of standouts from the soon-to-graduate Academy class. Palangio and Gillis are aided by strong chemistry and a few moments of affectingly unique staging by director Albert Schultz though the much-lauded S. Ansky play (or perhaps it’s Anton Piatigorsky’s translation) spends far more time telling us that they are fated to be together than actually allowing them to interact. The rest of the large ensemble is mostly wasted on unmemorable roles and dull meandering, resulting in a production of overall little consequence with a few key moments of love and theatrical mastery (some careful staging magic from Schultz and Bonnie Beecher’s gorgeous lighting design included).

Eurydice
I’ve seen Sarah Ruhl’s beautiful adaptation of Eurydice staged a few times but this is the first time I’ve seen it done by a company with money. Soulpepper can do everything- Lorenzo Savoini can make it rain in an elevator to the underworld; Debashis Sinha can capture the delicately hellish soundscape described in the text and make an orchestra pour from Gregory Prest’s mouth; they can cast Stuart Hughes as the Lord of the Underworld. But sometimes limitations feed creativity and the small productions that can’t build a raining elevator tend to be rich with wonder and imagination. My favourite- Boston’s Independent Drama Society back in 2011– used a chorus of clowns in place of the stones, three characters who are interpreted here as grey lumps of appropriate size (Big Stone is 7 foot tall Alex McCooeye, Little Stone is the slight Courtney Ch’ng Lancaster) and volume (Loud Stone is played by Oyin Oladejo, actually not that loudly though I think the intention was there). This charming (because the script is charming and the cast is charming and the set is pretty to look at) Eurydice, in execution not theme, is the exact opposite of its repertory counterpart Of Human Bondage, which places the same main couple (Prest and Michelle Monteith, the latter in a far more alienating yet far better suited role) on a bare stage surrounded by artistic innovation rather than expensive tricks. Though Ruhl’s play is a poetic imagining of a myth, director Alan Dilworth has interpreted it intensely literally (it’s a good thing Oliver Dennis is so entrancing and emotionally complex as Eurydice’s father because we spend about 10 minutes watching him construct and deconstruct a room made of string, because that’s technically what the script asks of him). In literalizing a myth, Dilworth fails to capture almost all of the magic.

Of Human Bondage
In far better news, I’m thrilled to report that the company’s award-winning hit has actually improved in its remount. Gregory Prest has darkened his portrayal of Philip and improved his English accent (my only two complaints about the original production) and the brilliant Laura Condlln has joined the cast.
Click Here to read my review from last year.