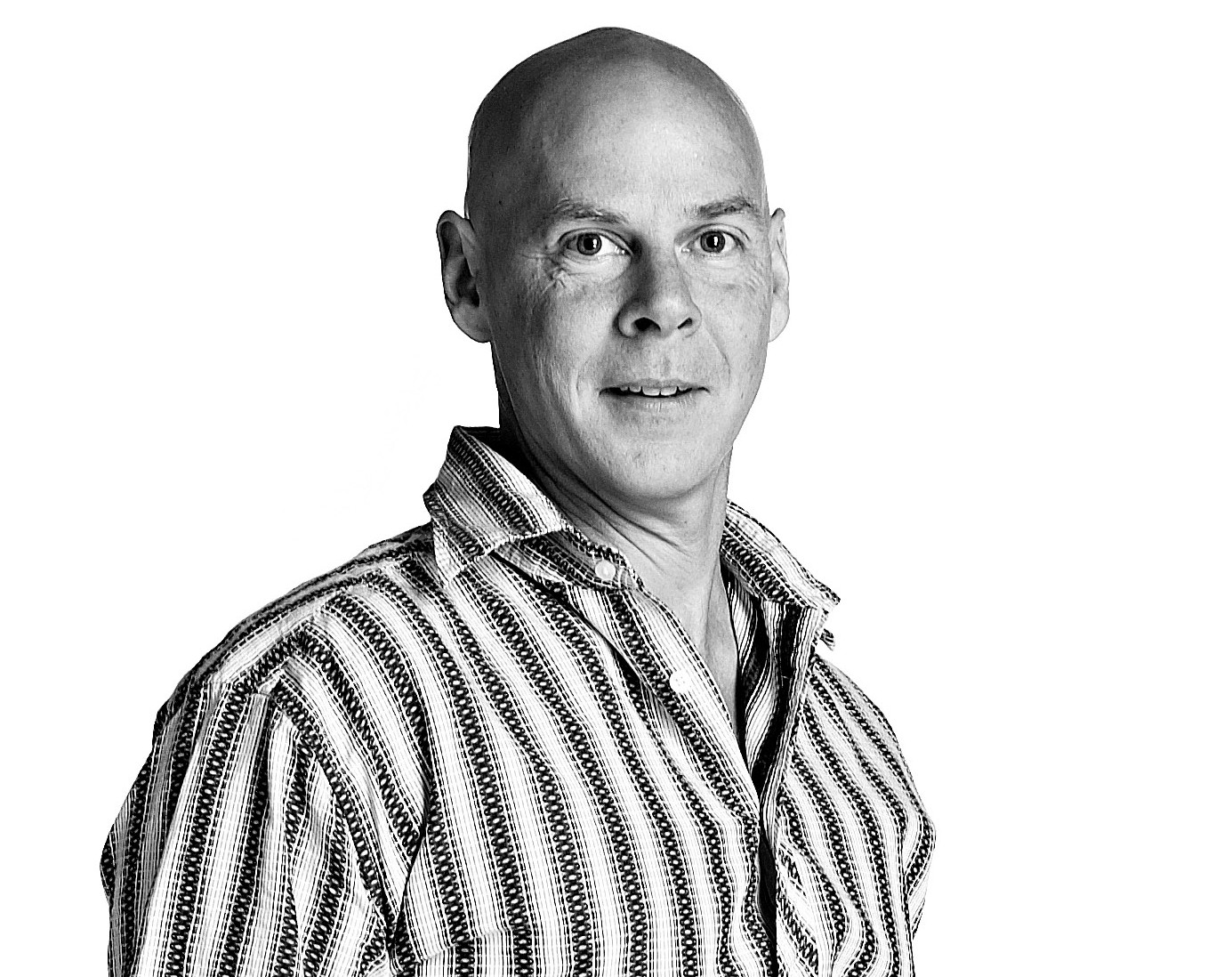 Before we announce the winners of the 2012 MyTheatre Awards, we’re proud to present our annual Nominee Interview Series.

A 50+ play veteran of the Soulpepper stage, Oliver Dennis has become a beloved fixture in the best of Toronto theatre. Also known to Slings &  Arrows fans as the lovable understudy Jerry, Oliver topped his fantastic 2011 (for which he won one of our Performer of the Year awards) with a stellar 2012, including his standout performance as a deathly ill addict in the black comedy High Life, earning him a Best Supporting Actor in a Play nod in the 2012 MyTheatre Awards.

Amidst rehearsals for Soulpepper’s fantastic recent production of Rosencrantz & Guildenstern Are Dead (in which the king of the team-player repertory mindset played the wordless but hilarious role of a tragedian), Oliver took the time to answer our questions about life at the idyllic Young Centre for the Performing Arts.

What was the first role you ever played on stage?
My twin brother Justin and I did several plays when we were boys: The Prince and the Pauper, Tweedledum and Tweedledee in Alice Through the Looking Glass.  But I think the first one was a university reader’s theatre-type production in which we recited poems. One of which starts “I had a little shadow that goes in and out with me, and what can be the use of it is more than I can see..” by Robert Louis Stevenson.

You’ve been with Soulpepper since the very beginning. What keeps you coming back to the company?
What keeps me coming back is not only the work but the community that we have created.  The actors, SMs, staff, board, crew, FOH, cafe staff, etc are all top-notch professionals but also excellent people and friends. To have a “home” as an actor is very rare and special and I know how lucky I am.

Of the more than 50 Soulpepper productions you’ve been a part of, is there one that stands out as particularly special or the biggest challenge?
I’d find it hard to pick one from a single season, let alone 50 productions. It’s special to come back to a play when it is remounted. The chance to let a character sink in further on a second go round is a real privilege. It’s also a privilege to work with old friends and colleagues over the years. There is such an advantage when you have such deep knowledge of the people you’re playing with. Having said all that, I love doing plays of the middle to late-middle part of the last century: Beckett, Ionesco, Orton.

Your MyTheatre Award nomination this year is for High Life, playing the decrepit Donnie. How did you embody a man so literally broken down?
Thanks for the recognition! Donnie is a person that no one sees. He’s invisible and I wanted him to look like he could be out in the world but never noticed. I felt the look of the character was important to achieve that, so Lorenzo Savoini (the designer) and I had conversations about picking clothes that made me look even thinner that I am, and that wouldn’t stick out.  He brought in some stuff and pretty much the first things we chose, we kept. Through rehearsal I tried out different physical shapes that fit a mental image I had of Donnie. If they could work in the scenes and actions, I continued to explore them. Sometimes you find something that feels right but doesn’t actually move the character around the stage, so you have to drop it or modify it. Lorenzo also suggested the scabs!

In a play about criminals, Donnie is the one holding on tightest to his small sense of morality. Was it tricky finding the balance between the pull of his moral compass and his addiction?
Not really. They are all very principled characters, their morals just don’t happen to jibe with most people. Their codes are to live and die by.

Do you have a favourite moment from that production?
The scene that sticks with me is the scene in the car. Pages and pages of all the characters sitting in a car. It’s very static. But the characters and story are so well drawn that it works so well. We had a lot of fun working on that scene.

The next show you did was Home, your 50th with Soulpepper. How did you feel about celebrating that milestone?
It was very nice. Albert [Schultz, Soulpepper’s Artistic Director] made a very big deal about the whole thing. And it was my 50th birthday on the same evening! Do they call that “champagne” anniversary? They presented me with a poster with a thumbnail picture of all the plays I had been in. It’s a great keepsake! And Home was a special show for me with Albert directing such a beautiful play with my friends Michael [Hanrahan], Brenda [Robins] and Maria [Vacratsis].

You then appeared briefly on stage in The Sunshine Boys. Have you done many bit parts like that over your years in repertory?
I’ve played all sizes of roles from small to enormous and that is one of the things about a company. And sometimes the small roles can be just as rewarding (sometimes they aren’t) but I think if you are a member of a company, that’s part of the deal. You feel a responsibility to carry a show when it is a large part, and a responsibility to support the main players in their journey when the part is smaller.

At Christmas time you alternate between playing the prickly romantic lead in Parfumerie and the legendary kindness of Bob Cratchit in A Christmas Carol. What do you look forward to the most in each recurring production?
Revisiting the characters, telling the great stories that people thirst to hear, and seeing my friends again.

In a repertory company like Soulpepper, often being in one play makes you unavailable for another. If you could have been in one additional production from last year’s season, which would you have picked?
Endgame.

You just finished the run of Rosencrantz & Guildenstern Are Dead. I’m asking all the actors from that production who are doing this interview series if they’ll get behind the rally for a full Hamlet with the same cast- are you in?
Another chance to do Hamlet? Sure!!

Including Rosencrantz & Guildenstern, you’re slated to be in four new productions this season (as well as Parfumerie again). What are you most excited about?
Well, all of them! With The Barber of Seville, I get to work with Leah Cherniak again after many years. She has always been a huge influence on me and my work. With Great Expectations, I get to revisit a terrific show that has wonderful memories with my old friend Michael Shamata and my beautiful wife Deb Drakeford. With The Norman Conquests I get to act again with Albert and Derek [Boyes] on 3 very funny plays directed by Ted [Dykstra] so we’re bound to be helpless with laughter for a good deal of the rehearsal.  And with Parfumerie, I get to act opposite Trish Fagan again and tell a great story with great people. What could be better?