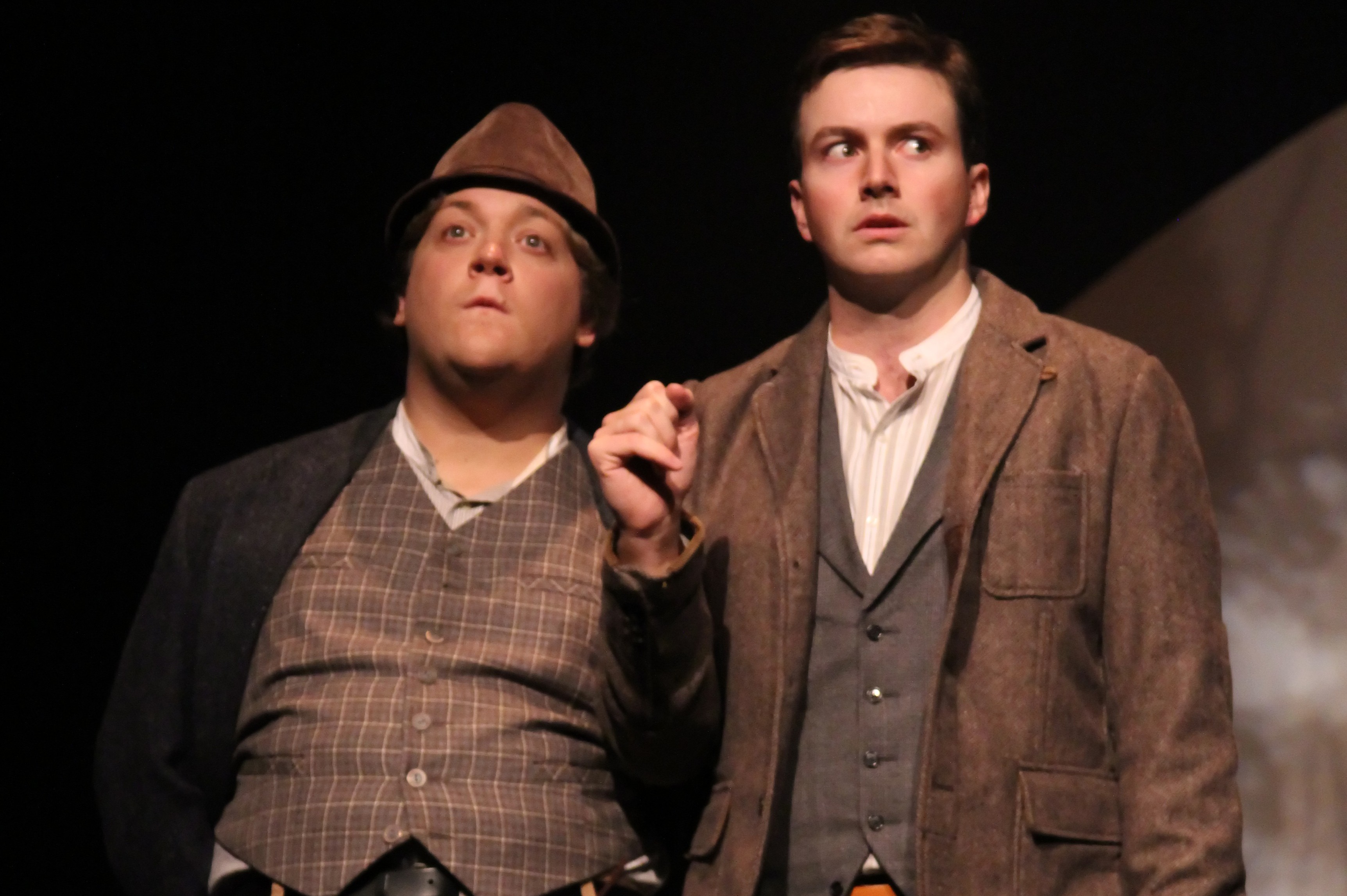 Tom Stoppard’s absurd Hamlet spinoff is beloved among my particular demographic of friends who are really into Hamlet, Gary Oldman (who starred in the movie version), and wacky British things like Doctor Who. I am not one of these people, I just hang out with lots of these people and find them exhausting. Despite this, I was pretty sure I would love Rosencrantz & Guildenstern Are Dead when I finally saw it. It’s Stoppard, I Love Stoppard (and by that I mean that Arcadia is brilliant and I’m exceedingly fond of his screenplay for Shakespeare in Love, that is all). And it’s a Shakespearean spinoff, I Love when contemporary writers play with classical texts and new points of view. It’s basically two boys talking fast, I Love boys taking fast! Kidding aside, general opinion is that Rosencrantz & Guildenstern Are Dead is a genius text that anyone with a head for Shakespeare will undoubtedly love.

I have a head for Shakespeare, and I did not love this.

Hart House’s current production of the beloved text is boring as all get out. And here’s the problem- I couldn’t figure out what was wrong. Andrew Knowlton is an adorably erudite Guildenstern (which doesn’t actually make a ton of sense considering the actual text of Hamlet, but whatever) and Jim Armstrong is a likably dopey Rosencrantz. The rest of the cast is across-the-board acceptable. It’s not staged badly or horrifically paced (in fact, Knowlton single handedly keeps the thing rollicking along). It’s just boring, and I think the reason boils down to the text.

I could go on and on about how I think Rosencrantz & Guildenstern Are Dead should be a one-act two-hander and how it needs stronger storytelling to support its stylistic language. I’m tempted to say that the text’s appeal comes from the scholarly’s attempt to fit in with the other scholarly kids and laugh at in-jokes that feel exclusively like they belong to the scholarly (believe me, this particular brand of thrill is usually my bread and butter- Why do you think my people all love Slings & Arrows? It’s certainly not for the tight productions standards- Not this time). But I’m going to stop now; that’s all I’m going to say about Stoppard’s text because I know you all love it and it’s incredibly annoying when a reviewer focuses on criticizing a text that smarter people have deemed great instead of reviewing a production (yes, I’m talking to you Ouzounian and your review of Jason Robert Brown’s Parade).

I do have a point, and it’s production-related, I swear. I think director Matthew Gorman approached Stoppard’s text with too much reverence. The fact that I don’t think this particular text deserves that much reverence isn’t the point, the point is that reverence can kill a production as quickly as blackout set changes. If you are afraid of messing with, say Hamlet (see what I did there? It’s relevant!), your production will be more than 4 hours long and your lead will be trying to play about 17 defining adjectives instead of focusing on what you think is important. Reading Gorman’s director’s note, he sounds intimidated by Stoppard’s intellect, so no wonder his production resembles a table read. A good production of anything needs thoughtful interpretation and commitment to your particular angle, the passionate belief that this is Your production and not just anybody could do the same with the same text. If you love Rosencrantz & Guildenstern Are Dead unconditionally, there’s a chance that Hart House’s production will be like the experience of reading the play for you- simply enjoyable. But I think Stoppard wanted to make people think by writing such a cerebral text, and that includes the actors and director tasked with turning a text into a play.