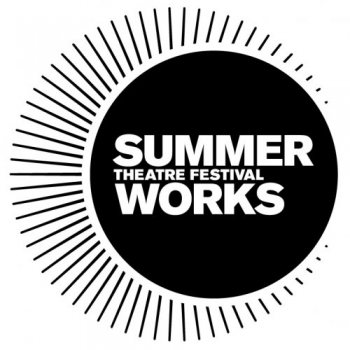 In our first year covering Toronto’s Summerworks Festival we saw a total of 10 vastly different productions. From the beloved to the despised; from uber professional to pathetically amateur; pretentious to earnest; new works, established favourites, ensemble projects, two person vignettes, musicals, absurdist parables, dance pieces, hits, bombs, comedies, dramas and every possible thing in between. Our week at Summerworks had it all.

We’ve already detailed the 5 productions about which we were maybe a little less than enthused, so without further ado, here’s the lowdown on the 5 that we absolutely loved.

Eurydice
Grade: B+
I knew that the Eurydice I saw earlier this year would be very hard to beat, but I was so taken with Sarah Ruhl’s text that I couldn’t help but check out this version to see it interpreted differently. And while I was right that the IDS interpretation wasn’t to be topped, I was fascinated by just how incredibly different this production was from the one I’d seen while still being very effective. The biggest difference, obviously, was the chorus of stones. While IDS had re-interpreted the chorus into a raucous crowd of theatrical clowns, this production stuck fairly close to the text with the principal three- loud stone, big stone and little stone. They were adorable, fun, varied and just obnoxious enough to get Ruhl’s point across. Then there were the actual characters. Caitlin B. Driscoll’s sweet Eurydice was much like the one I’d seen- cute and funny, charming and a little bit dorky. Driscoll was perhaps stronger, actually, than her IDS counterpart, by virtue of being an older and more grounded actress. This Orpheus was massively different from Greg Nussen’s version, however. While Nussen brought out the mythical charm and played Orpheus’ heartbreak with sweet sentimentality, Justin Rutledge was a more tangible Orpheus, interpreting his anti-social musical genius in a more realistic way, opening the gates to the underworld with a heartfelt ballad and a guitar instead of the invisible symphony the text describes. His heartrending letters to the deceased Eurydice played with a sort of tragicomedy as his Orpheus spiraled into all the clichés of artistic despair. It was a fascinating interpretation in how very different it was from Nussen’s equally successful one. Hardee T. Lineham was similarly different from IDS’s tender, childlike interpretation of Eurydice’s father. The quintessential macho patriarch, the contrast between his strength and the softness of his relationship with his daughter was great. Then there was the Nasty Uninteresting Man/Lord of the Underworld. There aren’t a ton of different ways to play these particular double cast characters (this production had roller skates, which was fun, but that was the only major difference) but Jesse Aaron Dwyre somehow made himself not only extremely distinct from Adam Lauver’s excellent IDS version of the characters but with eerily potent charm, he was the most interesting person on the stage. No set and very simple staging held this Eurydice back a little bit but strong acting from standouts like Dwyre really helped it along.

Malaria Lullaby
Grade: A-
I normally try and avoid dance/performance art pieces, especially the ones that look particularly strange (hello Shudder!). But the creators of Malaria Lullaby, Monica Dotter and Steven McCarthy, are the front people for one of my favourite Toronto bands, the zany funk group The Elastocitizens. So when I heard they had a show in the Summerworks Festival my curiosity just wouldn’t let me stay away. And thank god it didn’t. Malaria Lullaby was everything Shudder was not- engaging, creative, inspiring, thought-provoking, impressive. The daring aerial ballet and technical choreography was just the tip of the excellence iceberg as the magnificent ensemble buzzed about the stage as terrifyingly convincing oversized mosquitoes (with a brief stint as robot flight attendants, and later on, more confusingly, chickens). Each movement was razor sharp with simple but effective purpose. Allison Bradbury provided great contrast as the malaria-stricken victim, tossed about by circumstance and delirium. The staging and use of props was endlessly clever (as was the fantastic and tongue-in-cheek soundtrack), the ensemble unparalleled, the choreography gripping and even the costumes were inventively perfect. Some of the transitions in and out of the major aesthetic moments were a bit slow, hence the slightly lower grade, but overall Malaria Lullaby was the perfect example of the best of fringe theatre. It was smart and interesting without being preachy or pandering. It tread thematic ground that hasn’t been beaten to death and was executed with the utmost talent and professional standards. A truly remarkable piece. Many congratulations to Hippopotofunk and Grand Poohbah Groove on their creation.

Hero and Leander
Grade: A
It’s rare that the most honest piece on the docket is also one of the lightest, but this musical comedy version of the tragic greek myth from the brilliant minds of Kevin Michael Shea (book, director), Scott Christian (music) and Wade Bogert-O’Brien (lyrics) proved as touching and meaningful as any at Summerworks. The witty dialogue sparkled and the songs were catchy though somewhat forgettable. Clever metaphorical business made good use of the simple set and the costuming and makeup by Anna Treusch was spot on. The cast was wonderful and did perfect justice to the brilliant storytelling. Fraser Elsdon and Kaitlin Torrance were convincingly charming romantic leads, giving their titular characters just enough quirk to make us love them. Rick Jon Egan was a wonderful Neptune, magnetic but also repellent- the perfect blend of enigma, charisma, amoral absurdity and underlying insecurity to make his complex arc really hit home. Kimberly Persona also delivered a show-stealing performance as Venus, a sort of Joan Rivers meets Courtney Love disaster of comic perfection. But it was Rob Kempson’s performance as Ganymede that really carried the heart of the show. The trod-upon page’s tragically misguided love for Neptune was heartbreaking. Their relationship, though mythological (not to mention belonging to the usually realism-phobic genre of musical comedy), was horrifyingly recognizable- a tale of abuse , dysfunction and narcissism far more poignant than the ones highlighted in preachier offerings. Armed with strong voices, a real sense of daring (Persona especially) and excellent timing, the cast of Hero and Leander did amazing things with their exceptional material but it was Kempson who left the most lasting impression.

Little One
Grade: A+
Playwright Hannah Moscovitch is one of my best friend’s idols. She fell in love with her work in high school and has been raving about the Russian Play writer ever since. So when Moscovitch’s newest play Little One was set to premiere at Summerworks, I took my friend’s advice and moved it to the top of my list. I wasn’t disappointed. There’s a clever realism to Moscovitch’s work, with every piece flowing together seamlessly but without the alienating perfection of an overly constructed piece. The dialogue in Little One is funny but economical, her story affecting but simple. The subtly crafted characters of brother and sister Aaron and Claire were brought beautifully to life by actors Joe Cobde and Michelle Monteith, who walked the tricky line of adults playing children expertly. The slow burn terror of Little One lay with Monteith as Claire slowly unveiled layer after layer of darkness under her well-intentioned little girl exterior. But it was Cobde’s charmingly anxious Aaron who carried the arc from his secure location between a rock and a hard place. The awkward ending turned the uncomfortable action on its head and left the audience with a distinct sense of unease, and not the one they thought they’d have. There may have been a few confusing plot points left dangling, but the sense of uncertainty only added to the play’s effect. From the script to the performances to the clever touch of Kaylie Lau’s 13-year-old omnipresence stage left plunking out text-tied piano accompaniment, Little One hit all the right notes- the funny ones, the heartfelt ones and, most prominently, the upsetting ones.

Zugzwang
Grade: A+
I took a wild swing in deciding to see Zugzwang. I had a gut feeling I would like it, based on the description in the Summerworks guide- not because I like chess, there was no actual reason. If you were ever wondering why I follow my random whims as a general rule- this is why. Zugswang was an hour of pure awesome. Considering they were working with subject matter that has excellent metaphorical value but that I’m not at all interested in, Zugzwang somehow seemed tailored right to my tastes. The dialogue moved like lightning, the mostly male cast of varied and refreshingly unsimplistic nerd characters was wonderfully engaging and the storytelling was accessible in a tale about the smart kids. All my favourite things. The whole thing kicked off with the charming Andy Trithardt as the arbiter in a hilarious and useful patter-speed rant about what makes chess so damn fascinating. Without that little intro there’s no way the audience could have quite gotten behind these characters who live and breathe the game. As the action really got started, the amazing Dylan George quickly stole the show. While Ephraim Ellis and Matthew Gorman gave him a run for his money as distinct and wonderfully funny chess challengers, it was George who created the fullest character on stage. From his slumped posture, too-high sweat socks and schlubby/dorky tshirt to his awkward but noncommittal vocal ticks and constant snacking, Igor was such a detailed character that he felt fantastically real. The characters in Zugzwang treated the game like it had life or death stakes and so the play didn’t need any more action than that. It was just a chess tournament, but when we saw how much they cared, the audience jumped right on board with the jealousies and intrigue of the competition and cared just as much.