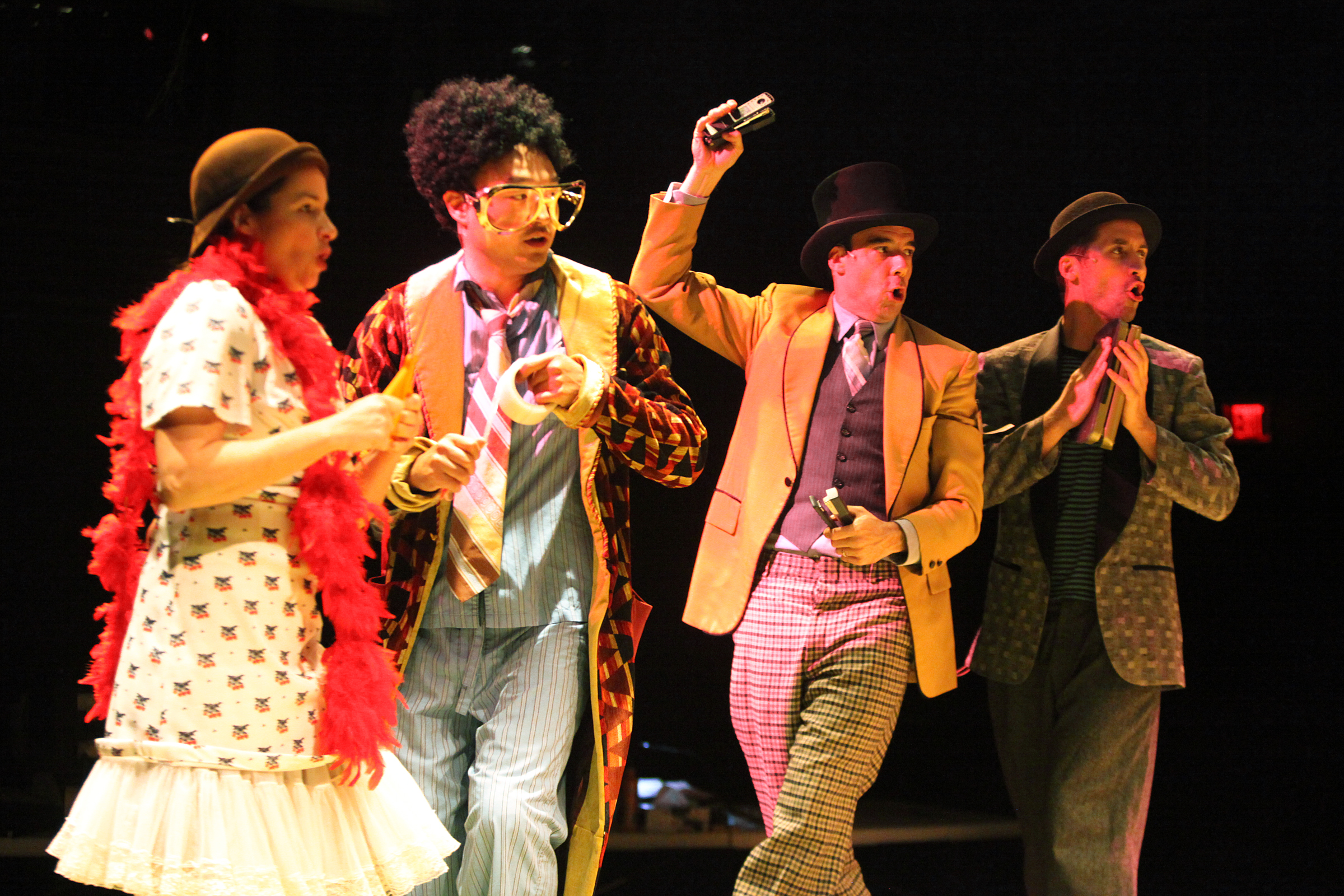 Just Don’t Give Away My Alligator Pie

I think someone should start prescribing a night at the theatre for patients who complain of drowsiness, stress, mild depression or self importance. Not just any night at the theatre, I don’t think Endgame would help, but something like Alligator Pie– a piece so brimming with light, happiness and creativity that one can’t help leaving full of renewed perspective and faith in the goodness of the world.

The Soulpepper Creation Ensemble- a group of 5 multidisciplinary artists charged with creating original work- is a fantastic idea and I couldn’t have handpicked five more perfect individuals to form it.

Prolific set designer/performer Ken MacKenzie and Soulpepper mainstay Raquel Duffy (neither of whom I was all that familiar with before Alligator Pie but both of whom I now love) join three of my favourite creators in the country- Mike Ross, Gregory Prest and Ins Choi– to make up the hilarious and diverse ensemble delivering their own non-linear take on the timeless poems of Dennis Lee.

The piece is constructed brilliantly, showing off the insane talent of its creators from the set to the songwriting, costume choices and poem selection, let alone the actual acting chops present in moments like when Ross delivers the heartfelt “With My Foot In My Mouth” to a bashful Duffy (inspiring one kid in the audience to shout out her encouragement and earn spontaneous applause). The performers then pile on heaping spoonfuls of childhood wonder, making their exuberance nothing short of infectious. I, fully grown, slightly grumpy, and attending in a professional capacity, found myself virtually bouncing in my seat with glee as the extravaganza of heart played out in front of me.

Each poem is tackled with great invention and style, whether it’s Prest’s accordion-enhanced tango-inspired number, Choi’s gleefully disobedient rap (complete with the best prop glasses anyone’s ever worn), or the piece that features the ensemble members playing brass instruments as happily badly as they can muster. There’s bubblewrap dancing and found-object percussion and original songs so good that I now want them on my iTunes (in fact, could I just get the complete Mike Ross catalogue? Thanks). These Creative Ensemble members are no joke in pedigree- Choi is the writer and star behind the biggest hit to come out of Toronto since The Drowsy Chaperone; Prest is at the tail end of a groundbreaking Soulpepper season including turns in some of the most dramatically lauded roles of all time; Mike Ross is coming off of Global Cabaret weekend, his yearly showcase of musical mastery- and it’s great fun to see serious artists at the top of their game spending an hour frolicking happily in a show they spent their time and energy creating for kids. There’s so much children’s theatre out there that looks down on its audience, assuming they’ll settle for poor-quality and high-farce. But what Soulpepper’s Creative Ensemble has created is as rich and imaginative as a piece conceived for adults, only happier.