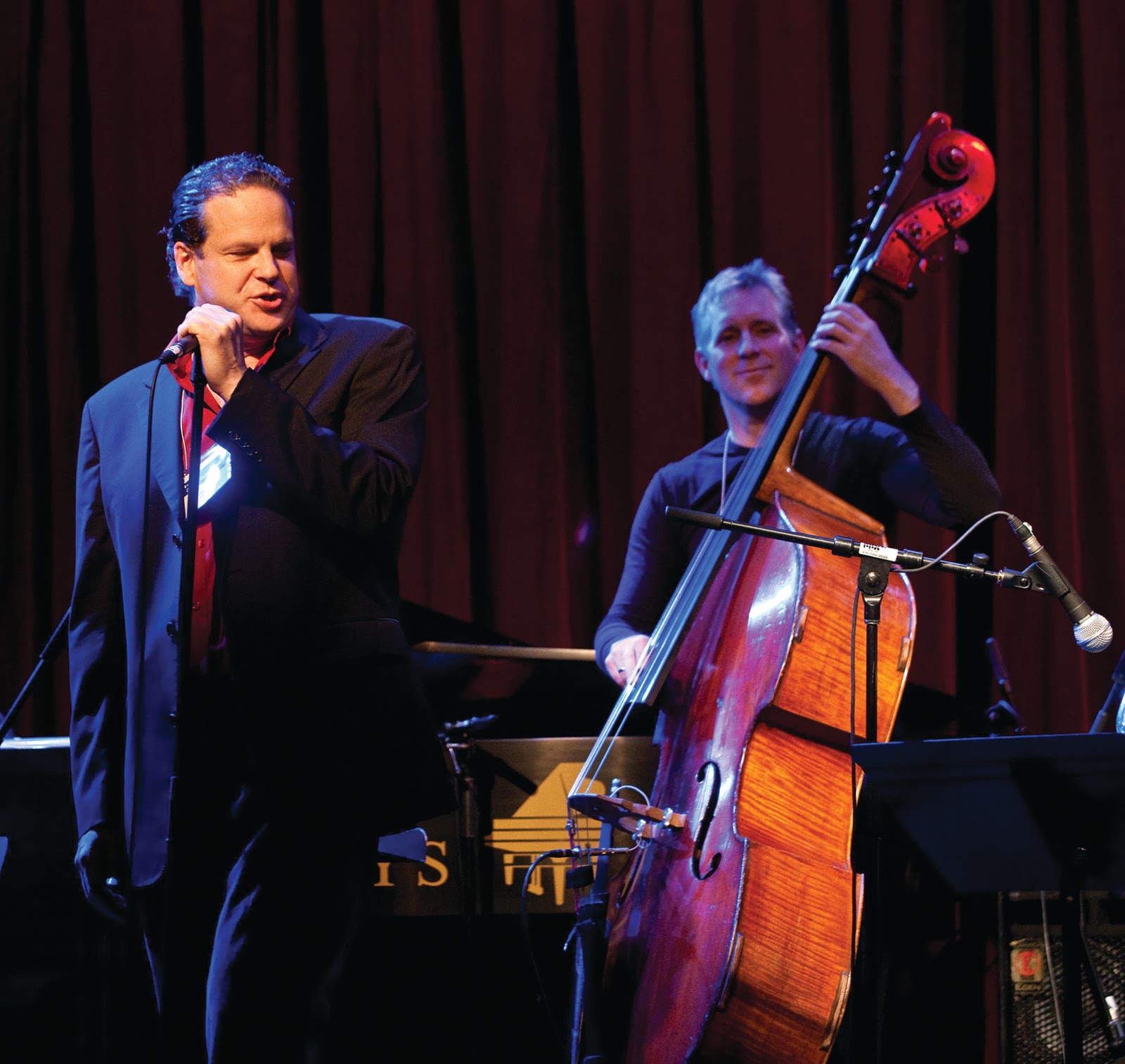 At the Global Cabaret

The last weekend in October was one of the coolest weekends I’ve ever spent in my beloved Toronto.  Downtown, in the heart of the ever-gorgeous Distillery District, sits the city’s most valuable performance space: The Young Centre for the Performing Arts. The beautifully designed venue sports a spacious lobby with a bar that serves everything from local beers and good wines to delicious espresso drinks, chai hot chocolate, gourmet sandwiches, soups and salads and the best fresh-baked cookies this side of my mother’s kitchen. It’s also home to no fewer than four diverse and convertible theatre spaces. Once a year, this perfect little slice of the city is filled with 3 days worth of Toronto’s greatest musical talent at The Global Cabaret Festival.

The 4th annual showcase featured more than 150 musicians in 44 performances from Oct 28-30 and was composed of 3 types of cabarets: The Featured Artist Series showcased, well, featured artists, including some of Canada’s most legendary talent (Jackie Richardson to Sharron Matthews to Daniel Taylor) performing their signature material. The Album Series was a set of tributes to the great artists and songwriters of the world (The Beatles, Paul Simon, Carole King, and more) music directed by the festival’s resident artists and each featuring a plethora of guest stars. Finally there was the Theatrical Cabaret Series, which consisted of re)Birth: E.E. Cummings in Song, a Soulpepper original re-mounted from its earlier run, and The National Theatre of the World: The Carnegie Hall Show, a completely improvised musical event that was different at each performance.

I kicked my weekend off early Saturday afternoon at Albert Schultz’s kids cabaret Young At Heart. Schultz, the Young Centre/Soulpepper poobah and festival mastermind, has quickly become a favourite of mine in my first year reviewing Soulpepper. In Young at Heart he shows off exactly what it is that makes him so incredibly good at the coolest job in the world. He has an affable charm that makes him a superb figurehead (he can be seen wandering the halls of any Young Centre event, schmoozing and taking in shows) but he’s also in possession of an incredibly unique blend of passion, seriousness and fun. Everything he does is executed seemingly effortlessly (the mark of a lot of effort) and Schultz consistently has audiences eating out of the palm of his hand. His cabaret (which he’s performed for over a decade and recorded for the CBC) is a loving tribute to comedian/singers like Danny Kaye and a celebration of youthful wonder (he does a “cat medley” that includes “Everybody Wants to be a Cat”, “Tigger” and “If I Were King of the Forrest”, which he delivers in endearing goofy voices); it also features priceless contributions from the great Don Francks and Jackie Richardson. Housed in the Michael Young Theatre, beautifully transformed with cabaret tables and twinkling candles, Young at Heart was my favourite cabaret of the whole wonderful weekend.

Next, I was lucky enough to catch Jackie Richardson’s own cabaret, a delightful hour of jazz and blues as delivered by one of Canada’s most awesome performers. Richardson’s show dragged only a little as she got lost in some of her more wandering anecdotes (most of which were simply hilarious) but the power of her voice and her engaging stage presence proved impossible to ignore.

Things slowed down from there when I wandered cluelessly into The Stan Rogers Songbook. Headed up by endearing performers like Miranda Mulholland  and the endlessly charming Brendan Wall, I’m sure this particular cabaret was wildly entertaining to fans of Stan Rogers’ downhome melancholy, but I found it a little less than rousing (through absolutely no fault of the performers). The reason I went was to see one of the featured guests, Mike Ross, who delivered a couple strong vocals and livened up the proceedings with some cute banter, an anecdote about his expected baby (6 days overdue by then) and some fake rivalry fun (he accidentally knocked over Wall’s guitar). Standing in line for a later show I overheard the audience members behind me discussing the E.E. Cummings piece that Ross was a major contributor to: “That Mike Ross is a genius” is not an uncommon sentence to hear at The Young Centre but that doesn’t make it any less true. I thought he was great as a conflicted sociopath in White Biting Dog, then amazing in Acting Up Stage‘s Leonard Cohen/Joni Mitchell tribute, but the boyishly charming multi-hyphenate seems to whip out another mastered skill every time I see him and impress me even more. I’m just sad that at The Global Cabaret Festival I only got to see him sing Stan Rogers.

Next up was Sharron Matthews, of whom I’ve heard much but seen very little. The exuberant singer lived up to expectations with one of the most fun cabarets of the whole festival. With more of a focus on storytelling than the rest, Matthews gave the outright funniest performance I saw, complete with her divalicious takes on popular songs and a vicious demand for the monstrous Rob Ford to “get out of office and we’ll feel alright” (sung to the tune of Bob Marley’s usually peaceful “One Love”). Matthews’ exuberance comes with a certain degree of self-righteousness, earned from a bullied childhood and years as an industry underdog, but that can be forgiven when she makes the glasses tremble with her powerful belt.

After that, I made the mistake of trying to get into The Beatles’s Abbey Road from the Album Series at 8:15, missing my last chance to see the E.E. Cummings show I’d missed earlier this year at Soulpepper. When The Beatles turned out to be too popular (duh!), I called it a night.

I spent my Sunday with a musician friend of mine who was working at the festival instead of scouting out the rest of the Featured Artist Series (I figured between Schultz, Richardson and Matthews I’d gotten my money’s worth). After dinner, my media pass got me in to see the final few minutes of Prince’s Purple Rain, which I was glad to have mostly missed after musical director Suba Sankaran’s gratingly forced enthusiasm proved too much for me to handle.

At 9:15 I capped off my excellent weekend at Toronto’s coolest yearly event with the most popular show of the festival: Abbey Road. It was alright, not as memorable as I would have liked. After some of the brilliant cabarets earlier that weekend and the example set by Reza Jacobs’ innovative takes on the Mitchell/Cohen songbooks, I’d come to expect a little re-interpretation when dealing with songs as famous as a Beatles track. But with the exception of a little extra drumming, the famous tunes remained largely untouched, delivered prettily but with a somewhat disappointing sense of adulation.

But a few underwhelming shows aside, the Global Cabaret Festival was freaking cool. I don’t think there’s anywhere else in the world where so many brilliant musicians could come together for such a unique and diverse event, it felt very Torontonian somehow (and not just because the musicians weren’t all New York imports, they were ours). Sitting in the back of the Michael Young as a packed house tapped their toe alongside Jackie Richardson, I couldn’t help but grin because this is where I live.