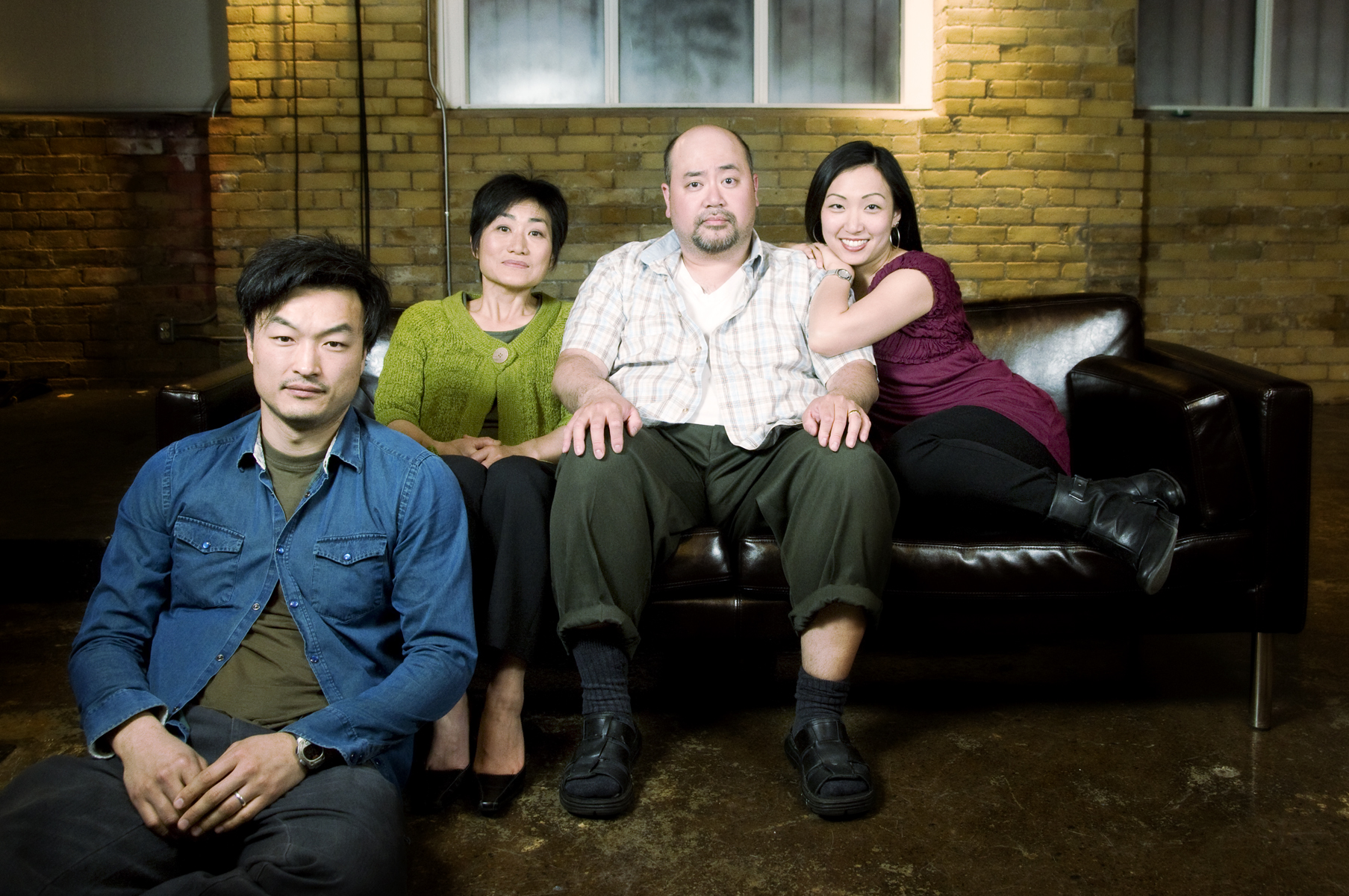 The theatre-savvy city of Toronto was shaken by the arrival of a single superb new work last summer at the annual Fringe Festival. Tickets for Fringe’s Best New Play Award-winner Kim’s Convenience sold so fast that people lined up 3 hours before showtime to attempt the rush line- most of them didn’t make it in. The phenomenal production (and its stellar cast- including My Theatre Best Fringe Performer nominee Paul Sun-Hyung Lee) was the obvious Patron’s Pick, earning an extra performance at its Fringe theatre- that sold out too. Then it was chosen for The Best of Fringe Uptown (where I saw it)- yes, sold out. In January of this year, Kim’s Convenience opened the new season of Toronto’s most prestigious company- Soulpepper– and it sold out so quickly that the company organized a second run of the show for later this spring. Why does everyone seem to care to much about this one little one-act in a city with new theatre around every corner? Ins Choi. He’s why. The actor who plays prodigal son Jung is also the playwright, the creator of a piece so insightful and honest in its depiction of the Canadian immigrant experience that Torontonians have adopted the piece as a symbol of our city- a slice of our neighbours, our life. At once laugh-out-loud funny and tearfully heartbreaking, Kim’s Convenience is the sort of play that makes an indelible mark (and gets a Best New Work nomination from My Theatre- obviously), the sort of play that marks Ins Choi as a standout player in the crowded Toronto scene.

Can you remember your first experience with theatre?
Listening to my father tell me and my sisters bedtime stories. He was an incredible storyteller. Many times, we’d end up weeping, laughing, getting all riled up and not sleeping.

What actors and writers have always inspired you? Are they the same today?
Lots of people. I gain inspiration from a lot of different sources. Sure, some times it’s due to the ability of the artist but many times it due to my openess to being inspired. I was recently inspired by a meeting I had with a group of academics discussing issues surrounding the creation of the Canadian National Museum of Immigration in Halifax Pier 21.

Would you consider yourself primarily an actor or a writer?
I’m more at home as a writer but I’ve had more acting gigs.

What first drove you to writing? Was it the craft itself or the story of Kim’s Convenience?
As long as my mom heard the tinkling of the piano, she thought I was practicing.  That led to song writing which led to poetry, which led to playwriting.

How much of your own cultural and family experience went into Kim’s Convenience?
All of it. Has to. Whether you jump in or walk in step by step, need to immerse yourself.

What’s your writing process like? Do you plot and plan or just start at page 1 and work through?
Kim’s Convenience was my first full play. I started on page 1 and started writing. Page 1 eventually became page 30. Plotting and planning came into the picture later on. Once I knew what the story was and the characters involved.

Did you go through a lot of drafts? How did the play change through the development process?
Too many to count. There wasn’t a time when it wasn’t developing. Even up til the run at Soulpepper in January, I was still fidgeting with lines here and there. Major overhauling drafts? Probably 5 or 6.

Tell me about casting. Did you always know you would play Jung?
I was intending to play APPA until I heard Paul Sun-Hyung Lee read the part. Then, the writer/director/producer side of me had a heart to heart intervention with  the actor side of me and talked me out of the part of APPA and sold me on the part of JUNG.

Did the actors already speak Korean or did they have to learn?
They knew enough Korean to get it but did have some help with pronunciation from So-Jeong Choi , now an intern at Soulpepper but someone who’s been with the show since the Fringe.

Describe the rehearsal process for the play’s first incarnation. Do you head back into rehearsals before each remount?
It was scrounging for time and space. 2 hours here, 3 hours there, in Esther Jun’s (the actor who plays Janet) living room, my church’s basement, the sanctuary (during renovations) of my father’s church.

How did your Fringe show come to be included in the Soulpepper 2012 season?
After the Fringe, a bunch of Artistic Directors and commercial producers were interested in it and Soulpepper made the best offer.

Did you tweak the script or production at all after finding out it would move from the Fringe to kick off the Soulpepper season on the mainstage?
Not really. Weyni Mengesha, the director, and I started tweaking a bunch but ended up reverting back to what we had. The set changed the most. And, Andre Sills, who was in the Fringe production, who was amazing, had another contract he had to honour, so, we auditioned and landed on the equally amazing actor Cle Bennett.

What were some of the biggest challenges working on this production?
Letting go. A continual process of letting go of this play to the actors, to the designers, to a director, to the stage managers, to the production team, to the administrative staff, to the audience. Because I want it to do well, and be treated well. It’s been just me and the play for the past 4-5 years and to all of a sudden include, invite, collaborate with so many others was not an easy experience. A fantastic experience but not easy.

Do you have a favourite moment in the production?
So many moments, but one? When APPA opens the store at the beginning of the play, he adjusts a bag of chips and it makes a crinkling sound. Usually around 4 people in the audience, for some reason, giggle when he does this. I dont’ know, I like it. The calm before the storm. Something like that.

If you could pick one definitive moment in your career up to this point, what would it be?
When I married my wife, Mari. She’s my biggest supporter. Her love makes me very strong.

What are you doing now/ what’s your next project?
Subway Stations of the Cross. It’s a theatrical meditation on the death of Jesus Christ based on my poetry. I’m performing it this Easter at a bunch of venues. More info about it on my www.kimsconvenience.com website. Haven’t had time to make a separate website  for it. There’s a Facebook page though.

Do you have anything you’d like to add?
Yeah, Kim’s Convenience is being remounted at Soulpepper during this Asian Heritage month from May 16-June 9. (www.soulpepper.ca) And then goes to The Grand Theatre in London, Ontario as part of their season January 15 – Feb 2, 2013. (www.thegrandtheatre.com) And then… we’re still working on it.