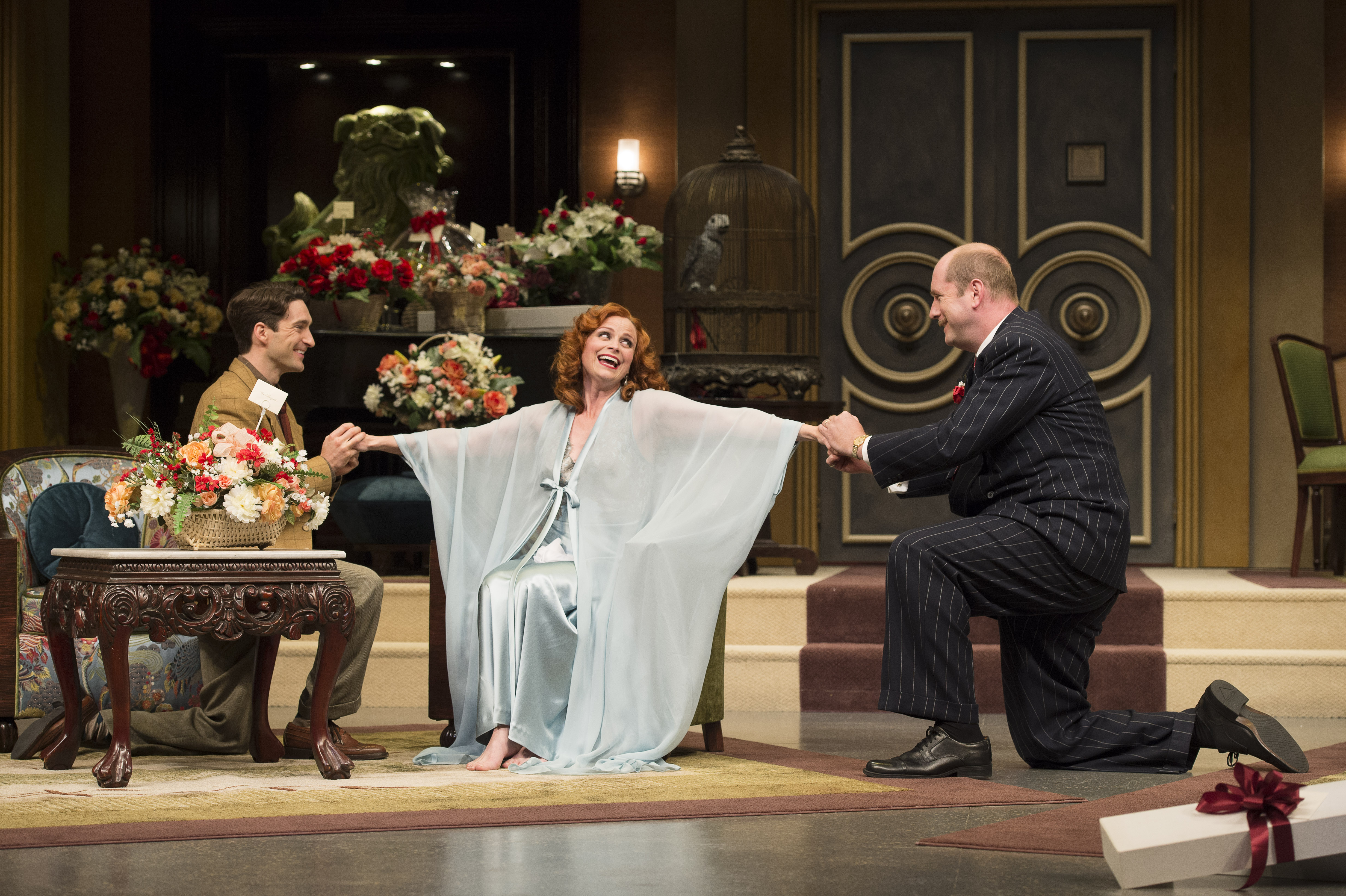 At the Shaw: Light up the Sky

This is literally the only badly executed play at the entire Shaw Festival this year. Do you know how impressive that is? Most ten-play seasons have a hit or two and maybe a handful more that are merely pleasant, then at least a few duds. But Light Up the Sky, that’s it this year for the Shaw. That’s the whole terrible ballgame (I’m choosing to focus on Sweet Charity’s strong execution rather than its inherent terrible-ness). And it’s not even really that bad; it’s just boring.

Despite working with one of the most star-studded ensembles of the year (Claire Jullien, Steven Sutcliffe, Kelli Fox, Graeme Somerville, Thom Marriott, Laurie Paton, Fiona Byrne, Charlie Gallant- every single one a personal favourite), Blair Williams’ broad direction wastes whatever interesting truth lies within Moss Hart’s somewhat self-indulgent play about the premiere of a brilliant (but misunderstood) play. There’s something to the crushing self doubt that drives many of the characters and there’s definitely something to the struggle of Charlie Gallant’s naïve wunderkind stuck in a world of smooth talkers too opportunistic to trust (and in the idea that he will never trust them, no matter how sincerely they make amends). But there’s very little exploration of that potential in this production, just a lot of parrot jokes and broad “that’s what an actress acts like, right?” posturing.