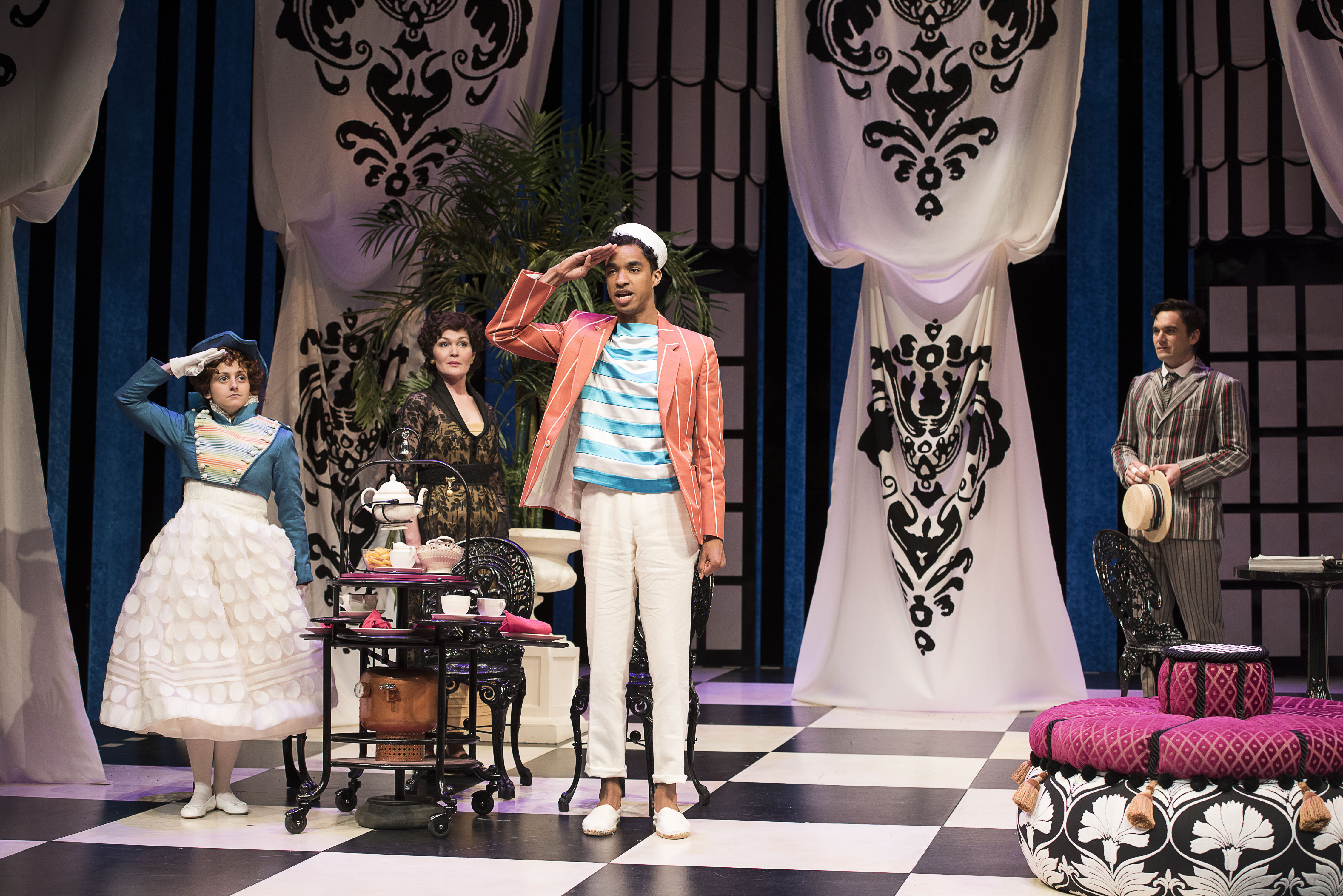 At the Shaw: You Never Can Tell

Director Jim Mezon’s staging of this GBS classic is full of light and laughter though its thematic consequences are limited once you excuse the dated gender politics (which, at a certain point, one learns to do automatically with dated texts). At one of the higher points in the play’s tumultuous central romance, frosty “New Woman” Gloria (a graceful Julia Course, emboldened by her escape from giddy ingénues) assesses her suitor (the always wonderful Gray Powell, charmingly toying with our trust) with the following words: “I think you are sentimental, and a little foolish; but I like you”. I doubt Shaw was being deliberately meta but I can think of no more accurate description of You Never Can Tell.

There’s a lot to like here, though it ultimately adds up to not much consequence and certainly fewer feel-good rom-com sparks than the idealistic program notes suggest. Perhaps more palpable chemistry between Course and Powell would have better supported the story’s reported sweetness but their individual charms and intellectual performances contrast well with the bombast and thrill of Stephen Jackman-Torkoff and Jennifer Dzialoszynski as scene-stealing twins Philip and Dolly (cast amusingly as the least likely twins in history- one black, one white, one tall, one tiny). Dzialoszynski is particularly winning with her wide-eyed but grounded take on the cartoonish Dolly, proving once again how lucky the company is to have found her. More established players like Patrick McManus and Tara Rosling shine in less memorable roles though the latter’s part calls for the same chill and pride she always seems to play at the Shaw when grounded warmth actually showcases her at her best (oh to see her superb Lysander again).

The set design by Leslie Frankish is lively and bright with a checkerboard floor and an ever-present sense of the sea. Lighting designer Kimberly Purtell appears to harness the sun itself for act two’s sojourn to the beach though it’s strange that neither Frankish’s pretty costumes nor the actors’ performances in them do anything to acknowledge the heat. The transitions are smooth despite four different and fairly complicated settings, thanks mostly to the small chorus of servants whose work rearranging the stage becomes a glimpse into the world of the greatest waiter in the world William (an employee so amiable that he tolerates being called William when that is not actually his name). Smartly framed by Mezon as the play’s host of sorts, Peter Millard portrays “William” with so much gentility, efficiency and kindness that it’s hard not to wish You Never Can Tell was more his story. True, he comes out last at curtain call and the play’s title is his catchphrase, but William is strong enough to carry far more plot than he’s afforded. Perhaps then the play would be less of a trifle, not that a trifle is all that terrible a thing to be.