CLICK HERE to read our full coverage of San Diego Comic-Con 2016. One of TV (and Twitter!)’s most charming stars was at Comic-Con this year moderating a panel about video …

You’re a cool kid. You’ve got a rad costume, a killer apartment with a bottle opener attached to the wall, and at least 8 friends. So, naturally, you’re going to …

Available at iTunes and on the music player on his website. In the dead of winter, I can’t help but react favourably to a dose of anything tropical; a hypnotic bass line …

Video of the Day: “Her Favorite Song”

Ahh… there’s the Mayer we know and love; crooning into a soda can microphone with some hilarious imagery around him. The video for “Her Favorite Song” is like one giant …

M.I.A.’s videos have always been something to note. Her videos for “Born Free” & “Bad Girls” both brought a lot of attention to issues both personal and political. She doesn’t …

Video of the Day: “One of Those Nights”

When this track came out in February, it seemed like this was a Weeknd song with Juicy J featured. XO takes up a majority of the track talking about the …

DVA marks the sophomore release for the classically trained electronic singer/songwriter Emika. I went to the DVA listening party at The Standard Hotel’s breathtaking skyline bar Le Bain in New …

Kevin Brouder is a Brooklyn-based artist and has recently been making music videos + Vjing for some of Brooklyn’s up and coming bands using a technique called ‘databending’. I’m glad …

Our favourite pop/country princess has a new video, conceptualized by Taylor herself and featuring one of our favourite Dillon Panthers (aka Matt Saracen aka Zach Gilford). It couldn’t be cuter. 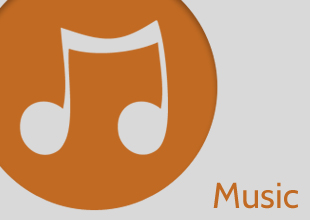 If you think you’re too cool for this song, you are definitely not cool enough for this website!