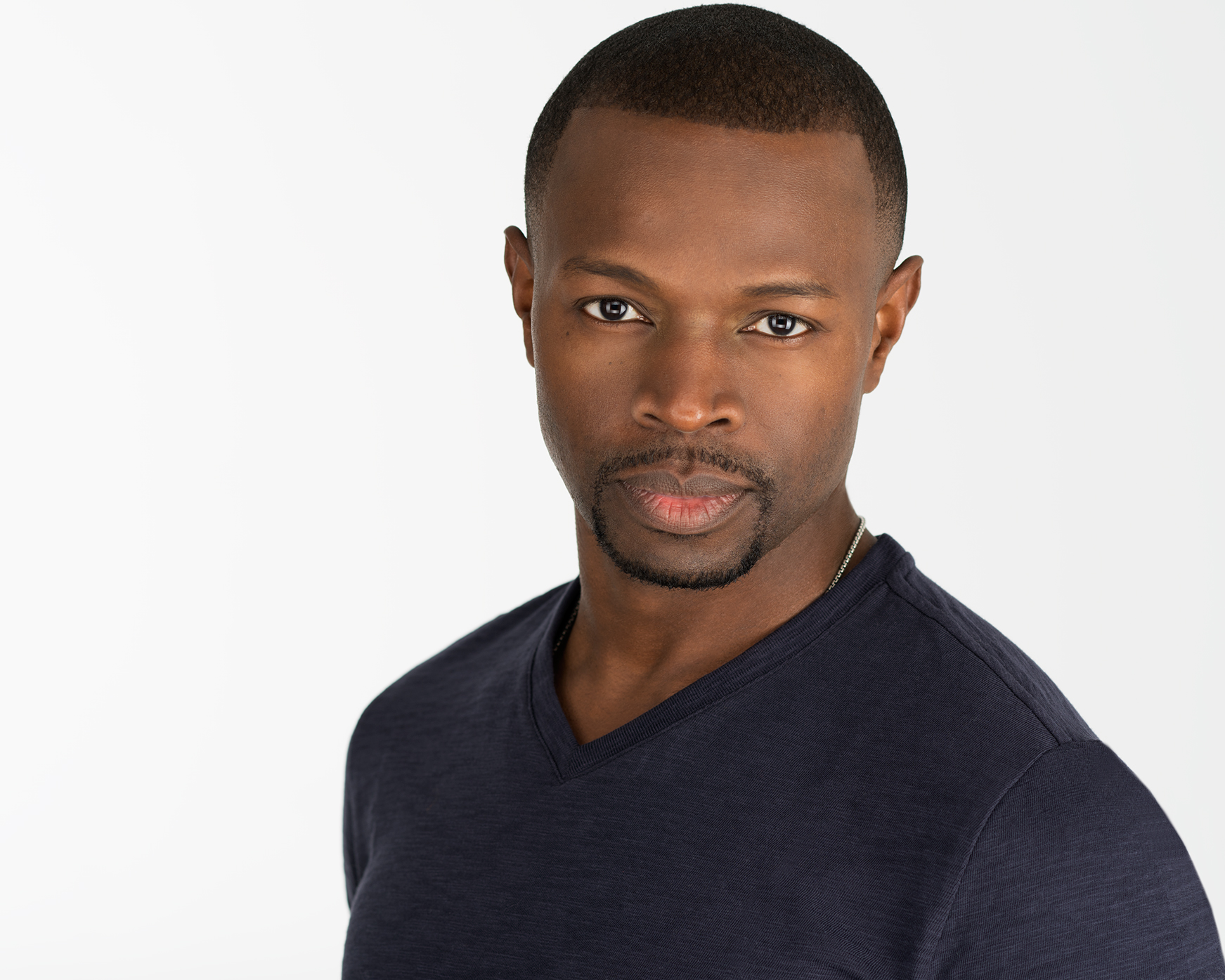 Sean Patrick Thomas is a millennial icon; there are basically no straight women my age who didn’t have his photo on their bedroom wall. But he’s also a classically trained working actor who, mid-pandemic, turned in one of the scariest, most memorable performances of the year.  Nearly 20 years to the day after the release of Save the Last Dance, I caught up with Sean to discuss his 2020 Outstanding Guest Performance as a charismatic cult leader on SWAT, his role in Joel Coen’s upcoming Macbeth film, and how it feels to look back 20 years later on the movie that made him famous.

When did you know you wanted to be an actor?
When I was in college, I had an art class. At the time, my college at University of Virginia was doing a production of A Raisin in the Sun, and there weren’t any black actors in the acting department. So I was in the arts school for a whole different class, and [the acting teacher] was like, “Hey, you know, I need black people to audition for my play, so if you’re interested, come and give it a shot.”

So that’s what I did – I went and auditioned for A Raisin in the Sun, and he cast me in the role. That was my first year of college, and then after that, I was just up and running. I fell in love with Shakespeare and everything. Then at the end of my college years, that same teacher encouraged me to audition for NYU to go to the graduate acting program for classical acting and stage training, and I got in.

At that point, I was like, “I guess I’m an actor.” And it went from there.

Who are some of the actors who’ve always inspired you?
Wow, there’s so many. Right off the bat – Sidney Poitier, of course. Denzel Washington. Anthony Hopkins. Those are the ones that come off the tip of my tongue the fastest.

You’re nominated this year for your role in S.W.A.T. How did that role come about?
Basically, they sent me the script, and they said, “You know, we’d like to get a look at your take on the character.” So I taped a couple of scenes from the episode, and sent it in, and after not too long, they asked me to do it. I was very excited to get the chance to do it because most of the characters I’ve gotten to play have this kind of noble centre. They’re decent, honourable people. So this was a great opportunity to take a break from that and explore other areas of human behaviour.

I had a question about that, because you’re right – you don’t have a ton of villains on your resume. Do you like playing villains, or do those characters get under your skin a little?
I enjoy it, because there’s freedom. People who don’t have boundaries are a lot more fun to play, and so when you’re playing somebody who doesn’t understand human decency, somebody who makes everything about themselves, somebody who’s narcissistic in the extreme – within that, there are no limits, and so you can play with things and go in different directions that don’t feel over the top, necessarily, because these people are not normal.

Had you ever seen S.W.A.T. before taking on the role?
Absolutely, yeah – I’d seen a couple of episodes before. There’s an excellent actor I know named Michael Beach, who’d had a recurring role on the show, and I met Shemar [Moore] years ago, and he’s a great guy. So I’m definitely a fan of the show.

You’ve done quite a bit of guest star work over your career. What’s the secret to coming into an established team like that and learning the rhythms so quickly?
You have to do a lot of homework on your own. You have to make sure that you’re able to come in and hit the ground running, and that you don’t slow everybody else down. It’s kind of a weird balance between knowing the stuff cold on one hand, but on the other hand, not being too stuck in what you were doing to not evolve, and mesh in with what they’re doing. You can’t be too stuck in whatever your game plan was. You have to be ready to get in where you fit in, once you get on set. And that’s absolutely a particular skillset.

The character you played had to walk a really tricky line of being charismatic enough that you could believably draw in your parishioners, but also being incredibly scary. How did you strike that balance?
You just play it scene by scene, moment by moment, and you just focus on what this character’s trying to do in this moment. You don’t really worry about seeming charming, or seeming scary. You just play the situation, and what you’re trying to achieve. In some situations, you’re trying to disarm people. In other situations, you’re trying to intimidate people. So if you just play those simple moments and keep it pure, in that sense, then you get that kind of modulated end result where sometimes he seems really charming and sometimes he seems really creepy.

Do you have a favourite moment from the episode, or memory from filming?
I think it speaks to what you were just asking me about. There’s a scene where the cop comes into the church to check up on things, and I’m there, and I’m “Oh, visiting hours are over. I’ll walk you outside.” He’s very brazen about the fact that he knows that she is trying to take him down, and he doesn’t have any fear about that, any concern whatsoever that she’s going to be able to do that. I love the fact that on one hand, he’s trying to charm her and disarm her, but on the other hand, he’s also saying, “I know that you’re trying to get me, and I know you can’t touch me, and I’m going to enjoy the fact that you get to watch me do whatever I want, and there’s nothing you can do about it.” And that’s fun to play.

Switching gears a bit, this month is the 20th anniversary of Save the Last Dance. How has time shaped your feelings about that movie?
Wow. I’m so appreciative of the fact that so many people still talk about it, that so many people still tell me it’s their favourite movie of all time. I grew up watching it, and now I show it to my kids. It’s a very gratifying feeling because the older you get, and the more projects you do, you realize that very, very few things have staying power. With most of the things we do as performers, you do it, people see it, and then it’s gone. The fact that Save the Last Dance has this enduring legacy to some people, an iconic status, is very flattering, and the older I get, the more aware I am about where that is.

It is a defining film for a lot of millennials, and I’m sure you’re asked about it constantly. Did you ever struggle with being so closely associated with one particular role, especially one you did so young?
[laughs] I don’t know if I ever struggled with it. I think what happens is that with a movie being that successful, people respect you. People feel like, “Okay, you are legitimate,” like you have proven yourself, and that’s what I always took from it. I never felt boxed in by it, because it felt like there was something very big and very well-known out there that I could always point to, and that anybody else could always point to that shows, “Hey, that guy’s the real thing”. So I’ve never been of a mindset of not appreciating that, ever.

I’m sure that it’s such an odd experience for them.
Yeah, like at the end of the episode of S.W.A.T. where I get killed. they aren’t able to separate the fact that that’s the bishop, not me, so they just kind of jumped and got real tense. They didn’t like seeing that.

You talked a little bit about doing theatre work and falling in love with Shakespeare, and you mentioned Denzel Washington. Speaking of both of those things, you’re in the new Macbeth movie! We’re big Shakespeare people on this site, so we need you to tell us absolutely everything you can about this movie.
Well, it’s a film version of Macbeth with Denzel Washington and Frances McDormand, directed by Joel Coen. It’s very faithful to the classical approach to the story, and Denzel Washington’s playing Macbeth, obviously. What I love about it is that it really forces the audience to suspend their disbelief because Macbeth is set in Scotland, and obviously, you’ve got Denzel Washington, a black man, playing the role. I’m in the film. It’s a very mixed, diverse cast, and that’s what I love about it, because it really shows that you can take these stories and put any actor in them, and there’s no reason to leave anyone out. I think it’s going to be a really rich tapestry of something that will make Macbeth accessible to everybody, which I’m really excited about.

What else are you working on these days?
Macbeth is coming out soon, like we just spoke about, and I’m doing some voiceover stuff here and there. But with the pandemic, everything slows down, so I’m trying to be selective about what the next thing is going to be. On top of that, there’s just a lot of uncertainty about what’s going to be shooting when, so right now, I’m just in a holding pattern and looking forward to Macbeth coming out.

I’m very excited to get the chance to do S.W.A.T., because it was a very different type of role for me. To have that be the first thing that I did during the pandemic was a nice thing to just knock the rust off, and break the ice. It’s a great way to start 2021.

What were some of the protocols and things that you had to go through to film during the pandemic?
It was very intense. You show up a little early in the morning, you get tested – sometimes I got tested twice in the same day. There’s someone on set who’s making sure that everyone’s properly distanced, everyone’s wearing a mask – you rehearse with a mask on, and then you don’t really take it off until the camera’s rolling and you’re actually going to shoot. So that was a challenge, because I’d never really rehearsed before with everybody masked. It was my first time doing it.

I rely on rehearsal to get a sense of the feel of the scene, and the flow of the scene, and people’s facial expressions, and how things are gonna play out. It was hard to do when everyone had a mask on, and it was hard to get a grasp on the rhythm of the scene. With a mask on, it’s hard to explain, but when we took the masks off and were actually rolling, then I thought that “Okay, I can really do this,” because then we were really able to connect. But outside of that, it was definitely a very different experience.

Do you have anything else you’d like to add?
I’m very flattered, obviously, that you guys saw the episode and enjoyed it, enjoyed what I did in it, because I was really excited to get to play that type of role. I hope I get a chance to do it more often.