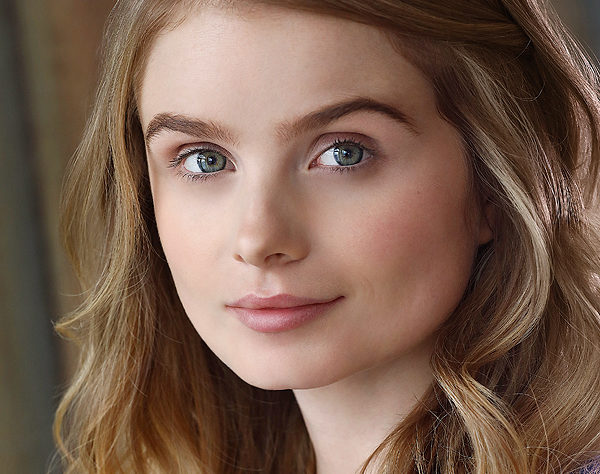 Outstanding Supporting Actress in a Comedy nominee Kayla Cromer (who plays Matilda on Freeform’s Everything’s Gonna Be Okay) is the first autistic actor to star as a series regular on television. That’s an incredible fact, almost as incredible as Cromer’s thoughtful, vulnerable, hilarious performance on one of our favourite shows of 2020, creator Josh Thomas’ glorious family dramedy.

What was your favourite TV show growing up? What is it now?
Growing up: America’s Most Wanted with John Walsh and SVU. Now: SVU and Big Bang Theory.

According to your Wikipedia, you wanted to work for the FBI before becoming an actress. How did that shift come about?
I watched Pirate’s of the Caribbean: The Curse of the Black Pearl on video. I was in amazement that Keira Knightly and Orlando Bloom had Dyslexia like me and were actors! It inspired me! But just for the record, my brain is a true crime encyclopedia! Haha

You’re also apparently a paranormal investigator? Tell us everything!
The interest started when I was younger, after a near fatal illness. I started reading and reading, researching (which I love) and then investigating. First, you have to come to a rational conclusion before determining it’s paranormal. Human spirits love me because I am the patient, compassionate, investigator type, not a provoker! Scariest and best experience ever (witnessed by a team), was having an unseen entity braid my hair!!

How did you get involved with Everything’s Gonna Be Okay?
I called the casting office and self-submitted myself. It was quite the process of call backs, table reads, chemistry reads, a screen test! I wanted the role of Matilda SO bad!

Tell us about working with Josh Thomas and the rest of your TV family.
They have become my second family and are very dear to me!! I am still figuring out Josh’s Australian slang words. We can joke, laugh and have some really, deep conversations. On set we have had some hilarious improv scenes.

Can you tease what’s coming up for season two?
Lots more bugs and hook ups.

Do you have a favourite episode so far?
Episodes five and six. They really tell it from the mindset of my character Matilda. Exploring love, sex, consent, gender and alcohol, with no taboos, just open communication.

Matilda is the first autistic series regular television character to actually be played by an actor on the spectrum. Help us understand why it’s so important to have that kind of representation.
Girls coming “of age” in the media, not only those on the spectrum, but with all sorts of differences and disabilities, are looking for acceptance and inclusion on the screen. This can lead to positive role models and empower viewers.

What are some of the ways that neurotypical actors have gotten it wrong in their efforts to play people with autism?
I do not want to call out actors in general. Having representation, for any differences, breathes realism into the scenes. It really starts with authentic representation. At table reads and writers room chats, they can see and hear how the actor’s authenticity plays the scene.

We’ve heard an outpouring of support for you since announcing your nomination. You and Matilda clearly mean a lot to your fans. What are some of the most memorable interactions you’ve had since the show premiered?
The most heart tugging ones come from girls and parents! Girls breaking their silence and coming out with their struggles in life. They look up to me and hang my photo up for inspiration. Parents seeking hope for their child’s future.

You’re also a writer. Tell us a bit about some of your favourite writing projects.
I like to keep my ideas and writings under wraps. Just like with getting into character for a role, I dig deep to master emotion onto paper. So the reader or viewer will feel it too!

What are some of the ways you’ve been keeping busy during quarantine?
Gosh, we’ve all been living that quarantine life! Taking zoom classes, self-taping, rehearsals, trying hard to eat healthy and stay in shape. Inventing new home exercises and escaping to do outdoor fitness and breathe.

Is there anything you’d like to add?
As an actress we transform ourselves into other characters. I find researching and method acting so intriguing.  I would absolutely love to completely transform, embrace a character and toss type casting out the window. Totally mind blowing viewers!