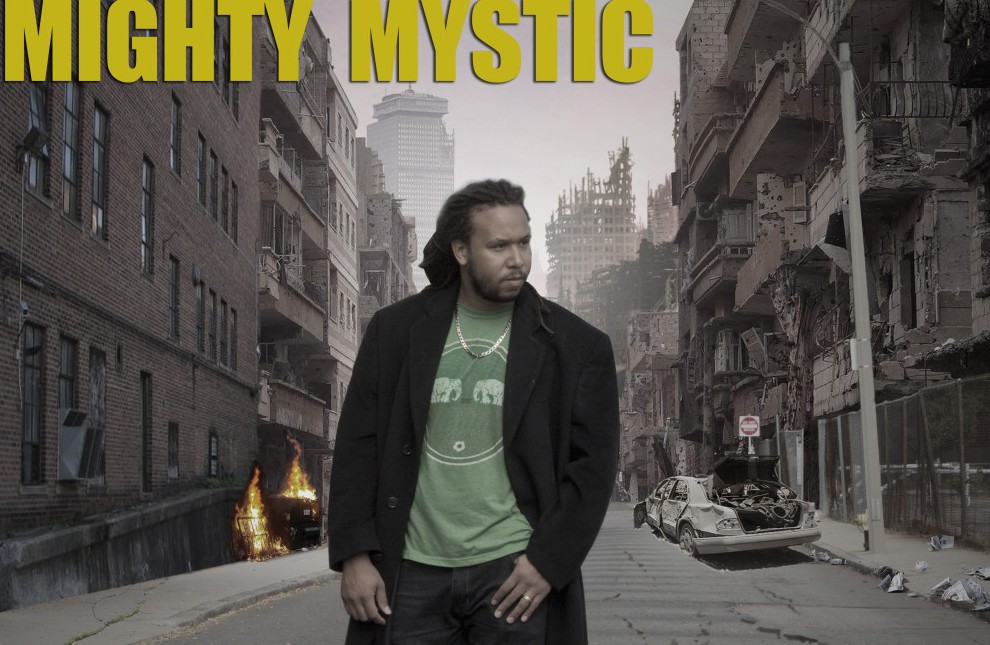 Available at iTunes and on the music player on his website.

In the dead of winter, I can’t help but react favourably to a dose of anything tropical; a hypnotic bass line and a Red Stripe can go a long way towards lightening the winter gloom. Boston-based Mighty Mystic is a fixture on the U.S. East Coast reggae scene and he dropped his second full-length album on January 28 – Concrete World (VP Records)

Fun Fact: Mighty Mystic (aka Kevin Mark Holness) was born November 11, 1980 in Jamaica and he is the younger brother to former Jamaican Prime Minister Andrew Holness.

He’s been performing and recording since about 2000 and he’s put in his time on the road touring with other musicians, including Steel Pulse, Damian Marley, Toots and the Maytals, Lee Scratch Perry, Barrington Levy, Buju Banton, The Wailers, Shaggy, Collie Buddz, Sean Paul, Badfish, Dirty Heads, SOJA, John Brown’s Body, Luciano, and Capleton – among others.

Concrete World is his second full length album after 2010’s Wake Up The World and it continues in the roots reggae vein he’s established. Like him, the music is Jamaican-born and American-raised and includes elements of hip hop and other influences along with the traditional bass-heavy rhythms of roots reggae. The lyrics cover the usual blend of socially conscious and more romantically inclined themes but he sings them with conviction.

The one critique of a lot of root music in general is that you feel like you’ve heard it before and that’s the case with some of the tracks. “Happy”, for example, was predictable musically and lyrically. Stylistically, Mighty Mystic nonetheless manages to inject enough variation into the album to avoid a sense of repetitiveness over the collection of 14 plus one bonus track.

He’s got a smooth, velvety voice and my one critique there would be that he doesn’t stretch it much on some of the songs. An exception is the RnB tinged “The Strength In Me”, one of the high points of the album, where his soulful vocals soar over the driving beat. Another favourite was the high energy and of the moment groove of “Love or an Illusion”. He’s at his best in the tracks where he pushes the envelope of roots reggae style and lets his strong voice carry more of the song.

Despite any quibbles, I found it hard to dislike any of the tracks. After months of brutal winter conditions a little reggae with some “Cali Green” feels like just what the doctor ordered.