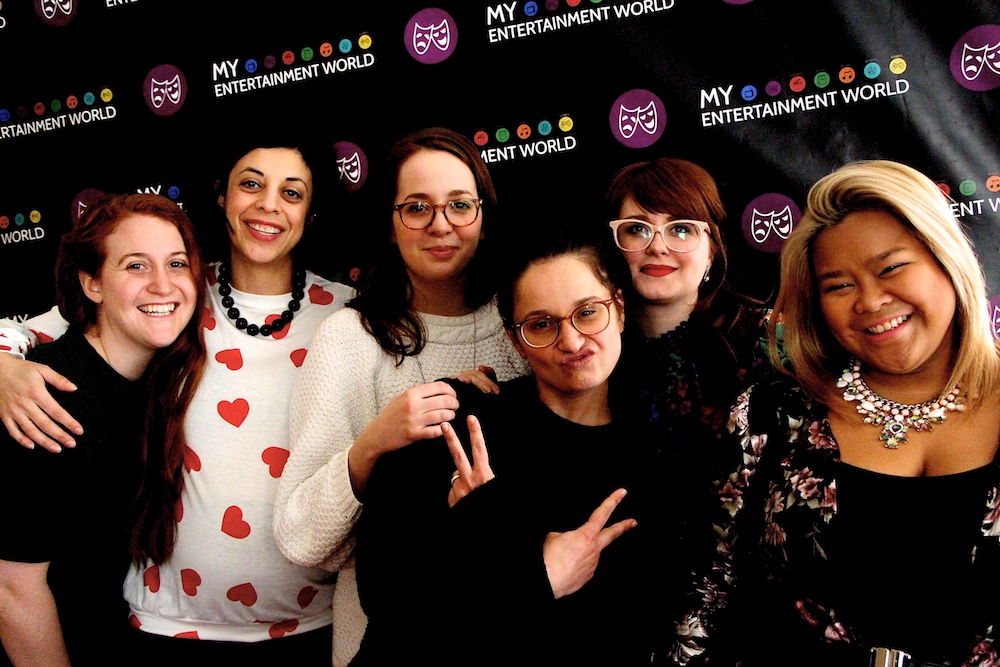 Squad Goals is the ultimate all-star female improv troupe. Assembled by Sarah Hillier with the sole criteria of ‘get the best of the best’, Squad Goals is basically the definition of its name- a group of smart, awesome, hilarious women you’d be lucky to roll with. Their style is unstructured and unrestrained and the resulting comedy is clever, gutsy, at times ‘goblin’-esque, and always madly entertaining.

Nominated for an Outstanding Sketch/Improv (#controversy) award this year for their “Birthday Party” performance at Toronto’s Big City Improv Festival, Liz Johnston, Paloma Nuñez, Kayla Lorette, Jess Bryson, Sarah Hillier and Ann Pornel stopped by the Nominee Interview Series (their squadmate Ashley Botting couldn’t make it) and we couldn’t possibly attempt to transcribe the camaraderie and spitfire banter of their interview so instead we’ve made it a podcast episode.