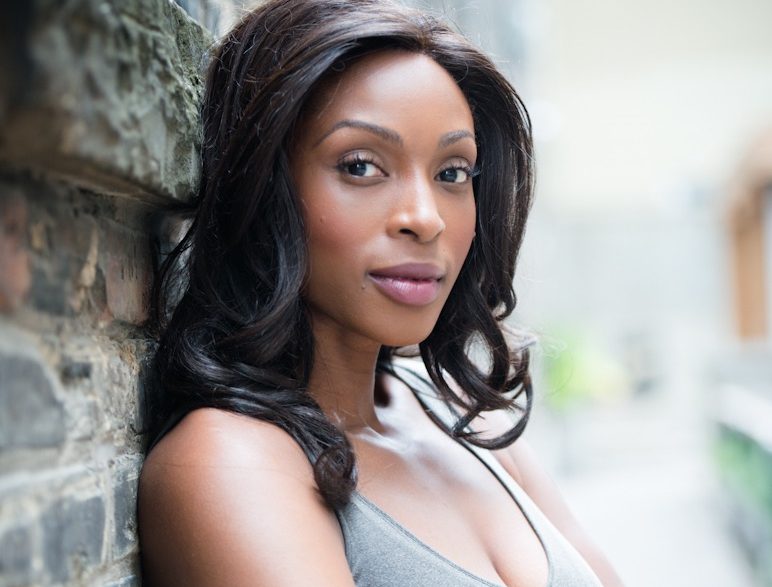 The beautiful, prolific and formidable Lisa Berry scored her second MyTheatre Award nomination this year for her performance as Penny in Soulpepper’s standout Father Comes Home From The Wars. We caught up with the Outstanding Supporting Actress nominee as she heads into rehearsals for a much-anticipated season at the Shaw.

We last spoke to you as part of the 2013 Nominee Interview Series. Catch us up on your life since then.
It’s been an amazing couple of years. Lived abroad. Worked abroad. Vacationed. Did a lot of spiritual work. Learned a lot. It’s been great!

You were part of one of our most-nominated productions of the year Father Comes Home From the Wars. How did you get involved with that production?
I auditioned then held my breath- just kidding, I didn’t hold my breath. But I did audition, and months and months later I got a call from my agent saying they wanted to offer me the role. And the rest you know.

Suzan-Lori Parks works with very stylized, poetic language. Was that style difficult to master?
I don’t know if I mastered anything but my focus was on being clear about what I was saying and why.

The play is loosely based on the Odyssey and rooted in American history. Did you do much research in your preparation for the role?
Tons. I learned more about emancipation and slavery than my poor heart wanted to know but this play wasn’t – and isn’t, just a history lesson. It’s a look at the long term physiologic effects that slavery has on a nation.

So much of my focus was on understanding the slave mentality and how it’s still alive and well today. Which is why it’s also not a “black play” or a “black vs white play”.  We are all walking around with our own metaphorical chains.

You co-starred with your fiancé Dion Johnstone. Was it difficult to play a couple in turmoil with someone you’re with in real life?
Not at all. We work together all the time at home, helping each other with our respective projects.  Doing Father was just everybody else getting to see us work together.

This was a rare Soulpepper production with a predominantly black cast. What are some of the ways our stages still need to improve with regards to diversity and how do productions like Father Comes Home from the Wars contribute to that progress?
Get the stories out there. Writers need to be encouraged to write so that stories like Father can even be an option for theatres to program it into their season. No stories. No opportunities.

Director Weyni Mengesha is one of the fastest rising stars in Canadian theatre. How does her process compare to other directors you’ve worked with?
She’s a treasure and one of a kind. Her room breathes. Period. She lets you play, is open to ideas, it’s great environment to create.

Did you have a favourite moment in the show?
The show was the moment. Standing in Penny’s shoes strengthened me as a person because (and again this is my interpretation of Penny) she would end every day with love in her heart. She would find something beautiful in the day, a lesson that might build her up instead of tear her down. She’s referred to as a woman who can “bear it” and that’s what that means to me.

What were you hoping audiences would take away from that production?
In an ideal world they would break the chains in their own life. See similar patterns of self sabotage and make a change. A change to follow their dream, stand up for themselves or even start a conversation with someone they might not usually have, in the hope of understanding someone else’s point of view. I hope people walked away questioning everything. How they see themselves, the world, how they think, even how they use their words.  It may be 2017 but slavery is alive and well in the hearts and minds of so many people.

You’ve done a ton of screen work in the last few years. What have been some of your favourite experiences from that world?
I love working in Sci-Fi (Continuum, Shadowhunters and soon everyone will see the new Powers Rangers movie) but the icing on the cake so far has been working on Supernatural, it’s one of my favourite shows and showed me that dreams do come true.

What are you up to now/next?
I have a TV movie coming out for Lifetime called Naked Pursuit: The Wrong Bed. I’m also currently rehearsing The Madness of King George III directed by Kevin Bennett at the Shaw Festival and I’m so thrilled and excited to share this show with everyone. Later in the season, I start rehearsals on my second show, An Octoroon with Peter Hinton. It’s gonna be a fun summer.

Is there anything you’d like to add?
Thank you for celebrating me for where I am. The love and support is much appreciated.