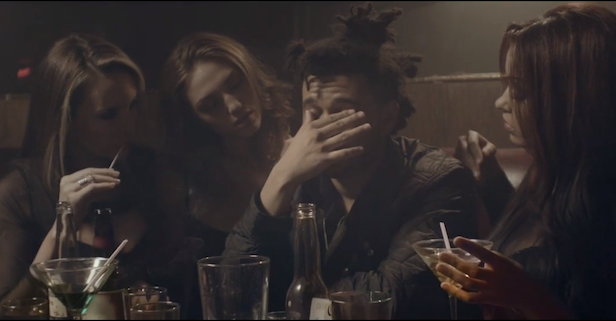 Video of the Day: “One of Those Nights”

When this track came out in February, it seemed like this was a Weeknd song with Juicy J featured. XO takes up a majority of the track talking about the haze of one of his many drug-induced, cloud dancing nights. Juicy’s forthcoming album Stay Trippy – if it follows more of this kind of sound – is a nice departure from the more Three 6 style tracks style J has had previously. He joined up with Taylor Gang in 2011 and the fit couldn’t be better.

Anyway, back to the video. We follow Juicy and XO into a club where we see it’s almost dawn and they’re shutting the place down. Clearly out their damned minds on an array of intoxicating substances, groupies included, the stakes are raised with the entrance of a very desperate man. From there it becomes, erm, one of those nights.