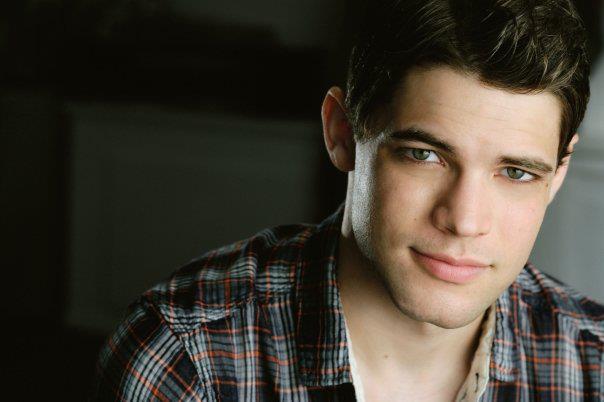 Fresh off his pre-Broadway run in the new Finding Neverland musical and a movie star turn as Jamie in the Last Five Years film adaptation, Tony-nominated (and My Theatre Award-winning!) Newsies star/Smash saviour Jeremy Jordan’s only in town for one night, showcasing his musical chops once more before diving into the world of non-musical TV in CBS’s upcoming Supergirl.

Get your tickets online at TSO.CA or call 416.593.4828 to catch the show on June 16th and read on for our exclusive chat with the self-effacing but wildly talented Jeremy Jordan.

How did you get involved with the TSO’s Stephen Schwartz showcase The Wizard & I?
I got a call from Steven Reineke, the conductor, who I’d never met before but I guess he knew my work. I’d never worked with Stephen either so I was a little bit surprised to be asked to do this but I happily said yes. We did it two years ago at Carnegie Hall and the Kennedy Center in DC so it’ll be nice to come back to it after awhile.

Can you reveal some of the numbers you’ll be performing in the concert?
I’m doing “Out There” from Hunchback of Notre Dame, “Lost in the Wilderness” from Children of Eden, “All Good Gifts” from Godspell, and other little things but those are the three solos.

You mentioned having not worked with Stephen before. Were you a fan of his before the concert and are there any specific roles of his that you’d be interested in doing some day?
No, I hate all his work [laughs]. Just kidding, no, of course! Of course- anyone who knows anything about musical theatre or has seen an animated movie from the 90s knows Stephen Schwartz’s work so of course I was a fan. I’ve done Children of Eden; I played Cain and that was really fun, but I’ve never done any of his other shows… yet. But perhaps one day.

What are some of the unique features of a Schwartz composition for the singer?
There’s a cleverness to it. He writes in hooks- that thing that makes a song particularly hummable or catchy. He has a knack for finding those sounds that are pleasing to the ear while at the same time not always going the conventional route in bringing that sound forth. It’s not just a simple batch of chords that a rock musician might write, but just as hummable as a rock song.

The last time you were in town it was to promote The Last Five Years at the Toronto Film Festival.
Yeah, I was at TIFF in September!

Can you talk a little bit about your experiences on that film in that much-beloved role?
Yeah, it was a wonderful experience for me. Obviously it was a dream role and I was very excited to get to perform it, reinterpret it for film, and get to be the guy who shows this incredible piece that I’ve loved- and many many people have loved- for years and years and years to people all across the world.

Have you heard at all from Norbert Leo Butz who originated the role?
I met him at an opening night after we had already filmed it but before the movie came out and he was very kind but, no, he’s busy [laughs].

You’re playing Wynn Schott in the upcoming CBS show Supergirl. What can you tell us about Wynn’s role in the show?
Well, I can only tell you what I know from the pilot, which is all I do know [laughs]. He’s a computer tech kinda-genius who works at a media company with the girl whose secret identity is Supergirl. And he’s totally in love with her- he’s one of her best friends- but I don’t think that she feels the same way towards him. But he’s cool; it’s all good [laughs]. He’s one of the first people that she tells her secret to and he, in his own way, helps her to become her superhero alter ego.

Are you a comics fan at all?
Oh yeah! I’m a big superhero nerd. I read a lot of comics growing up. I kind of stopped a little bit as a grownup, although I do keep up with a couple. I don’t know, I’m gonna have to start picking it back up again; I’ll have a lot of time in my trailer sitting around.

So then you know that you might turn into a supervillain at some point-
I do, I do. I mean, really the only thing that my character has in common with Toyman- who the character’s named after- is there’s a bunch of toys on his desk [laughs]. The Superman villain that my character’s named after is an older guy who runs a toy shop and has a grudge against Superman so, at this point, the character is related in name only. But, knowing Greg Berlanti, the creator, hopefully down the line somewhere we’ll have some drama and maybe some possibilities, but I literally know as much as you on that front.

Your last major TV role- Jimmy on Smash– was really closely tied to your musical theatre career but this appears to be a real departure. Do you miss bursting into song everyday?
No [laughs], I don’t. I will always have music and singing and all that good stuff; and I will miss theatre in general. Theatre and live performing are always so much more gratifying as an actor and- although you do get a lot more exposure in television and it certainly pays better [laughs]– there’s a special energy between the audience and the actor on stage that can’t be duplicated. So I will miss that. But I’m also working on my own music- I’ve written songs for a long time so I’m starting to put together an album and I’ll have lots of time to work on that in my spare time.

Can you tell us a bit about your own music and what the album will be like?
I don’t know yet. All I do know is that it will be original material that I’ve written and performed, and it’s not musical theatre.

Are you actively pursuing more non-musical acting projects?
I’ve always been, just nobody’s hired me yet [laughs]. I’ve been very marketable in that sort of leading straight male musical theatre performer genre so that’s brought me very consistent, great work as I’ve grown and risen up the Broadway ranks. I’ve always been a singer, I’ve always loved it, and now is the chance for me to sort of be taken maybe a little bit more seriously as an actor and I’m welcoming that, I’m gonna embrace it. Hopefully they won’t [laughs]– although I’m sure many fans would not object to this- hopefully they won’t turn my character into a singing character, but I don’t think the show would go that way.

Melissa Benoist who plays the lead, is also a really great singer so I’m sure your characters will do karaoke at some point, it’s inevitable.
We’ll sing a kick-ass duet at Comic-Con or something, that’ll be the compromise.