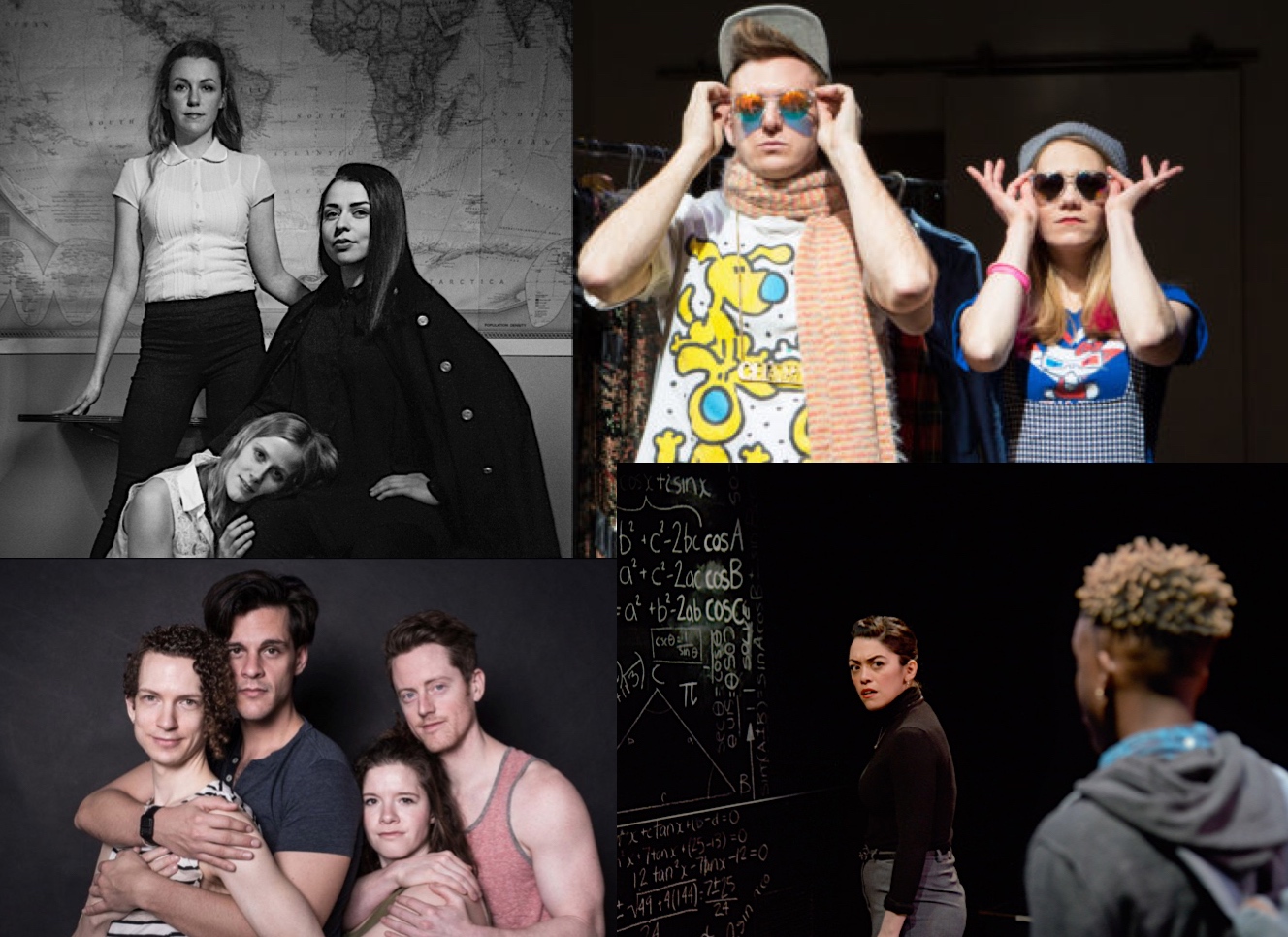 On Stage in TO: Millennials

People, especially non-millennials, love to talk about millennials. We’ve been dissected, scrutinized and written about to truly remarkable extents. The latest Survivor season was all about examining what makes us different and pitting us against our predecessors Generation X (a millennial won, by the way; is it so millennial of me to point that out?). Toronto theatre this month seems to have leaned into this millennial obsession as its new topic du jour. Writer/director Curtis te Brinke recently summed up the current landscape on twitter:

Toronto theatre, 2017: Non-millennials making theatre about millennials, millennials getting nothing but the festival circuit.

That’s not completely true (two or three young people are actually getting paid). But it’s definitely more true than it should be.

There are four productions currently on Toronto stages that, together, I think perfectly encapsulate the millennial identity- who we really are, who we used to be, who we think we are, and what others think of us.

Let’s start with that last one- “what others think of us”- because it’s the most blatant. Erin Shields’ Millennial Malcontent (on the Tarragon Mainstage until April 9th) is an adaptation of John Vanbrugh’s restoration comedy The Provoked Wife but it’s not advertised as such so just it seems like dated, simplistic writing with broad, preachy archetypes. There are some really great performers in the cast (Frank Cox-O’Connell, Natasha Mumba, James Daly, Amelia Sargisson) but an almost total lack of humanity in the writing and direction gives them nothing to work with (Daly and Mumba manage a moment or two of genuine connection but that’s against all odds). The whole thing is like a millennial word search- memes! gifs! trigger warnings! conscious uncoupling! skinny jeans!- but what’s completely missing is anything resembling insight into the actual millennial experience. There’s also nothing lazier than soliciting laughs with a giant penis costume.

Rob Kempson fares better in the final instalment of his Graduation Plays series, Trigonometry (at the Factory Studio Theatre until March 25). His teenage character (played with sharp indignation by Daniel Ellis) is actually a member of Generation Z. Kempson’s millennials are not what you usually see- they’re on the upper end of the generation (early thirties) and have their lives pretty much together; they’re teachers and parents, smart women who work hard and have good jobs. It’s not the most believable detail that one of them (Rose Napoli’s hilarious and bullish Gabriella) is totally tech illiterate but it’s at least refreshing to see a play with millennial characters that acknowledges that some of us are grownups. The play relies too much on coincidence (act three is awfully convenient) but its refusal to pick a bad guy is a most human instinct.

Greg MacArthur’s A City (which Necessary Angel is staging at Artscape Sandbox until April 2) is less generationally concrete. It’s a semi-fictional memory play written about four very real Generation X theatre makers in Montreal. It’s set in a nondescript time (maybe now?) featuring millennial performers playing characters in their early thirties. In any case, it’s about a time of life where millennials are right now and it’s a pretty darn insightful encapsulation of what it is to be a young, artistic person in a city full of art with all the comfort, freedom, conflict and uncertainty that comes with that. A pitch perfect ensemble- David Patrick Flemming, Justin Goodhand, Cole J. Alvis and the endlessly engaging Amy Keating- captures the tension and affection of tight-knit friend/collaborators with connectivity and nuance while director Jennifer Tarver strikes a beautiful tone of intermittent joy and sadness. Perhaps because it’s not actually about millennials, A City captures more accurately than anything else exactly how it feels to be one right now.

Which brings me to Three Sisters, a play about twentysomethings that one could thematically connect to millennials if absolutely necessary (so much potential, so much ennui) but it was both written and set in 1900 so lets cool it with the contemporary analogies at least for a couple minutes. The reason I wanted to talk about Wolf Manor Theatre Collective’s production (at Kensington Hall until March 26) in this article is pretty simple: this is the theatre that millennials are actually making while everyone else makes theatre about millennials. First of all, we have to talk about that word “collective”- partly a product of Equity’s relatively new “artists collective policy” and partly a generational ideal. Wolf Manor is one of a handful of companies defining the next generation of indie theatre in Toronto. They’re younger end millennials just a couple years out of theatre school who’ve turned all the best stereotypes of our generation into game-changing assets. We didn’t ask for participation trophies but maybe the fact that we got them taught us that getting in the game was more than half the battle; it certainly is if you extrapolate that metaphor to an indie theatre scene that makes self-producing a Herculean task. The self-titled “wolf pack” are industrious, ambitious, and relentless. Three Sisters is their second production of 2017- a large-scale, 11-character epic produced in period, in the semi-immersive round, with very little backup (either financial or otherwise; the production team is tiny)- and it’s only March. They have this strange modern idea that casting the best actor in the right role is the most important thing, even if the gender or race of the actor doesn’t line up with tradition (Meghan Greeley is sublime as a proud and guarded Vershinin, though I’m not quite sold on Niki Nikita’s hyper-theatrical Natasha). Director Mallory Fisher hits the logistical roadblock of a scene that calls for a dining room table and creatively problem solves her way around it with a fix that calls for teamwork and culminates in a brilliant dramatic effect. There’s room for men to shine (Adrian Shepherd-Gawinski is a moving and complex Andrey; the rewards of Kaleb Horn’s broad Kulygin lie in an emotional moment of late-play compassion) but Wolf Manor is telling a story about women- with a female director, stage manager, and technical director- starring a leading trio of captivating, intelligent performers who lean into their characters’ differences but ground the production with an unshakeable bond. Dana Puddicombe’s Olga, the eldest sister, heartbreakingly holds her quirkiness at bay with learned quietness while the youngest Irina is all liveliness and righteous optimism as played by the lovely Christina Fox. Arinea Hermans’ Masha is best of all, draping the stage in her intelligent melancholy then piercing the gloom with the most infectious rays of hope when her sisters force a smile or she catches a glimpse of Vershinin. The production isn’t perfect- some of the minor characters feel half baked and the lighting design shines right into the audience’s eyes- but Wolf Manor’s Three Sisters is a testament to the company’s generation, a much-discussed group more than capable of telling their own stories and making their own theatrical mark.