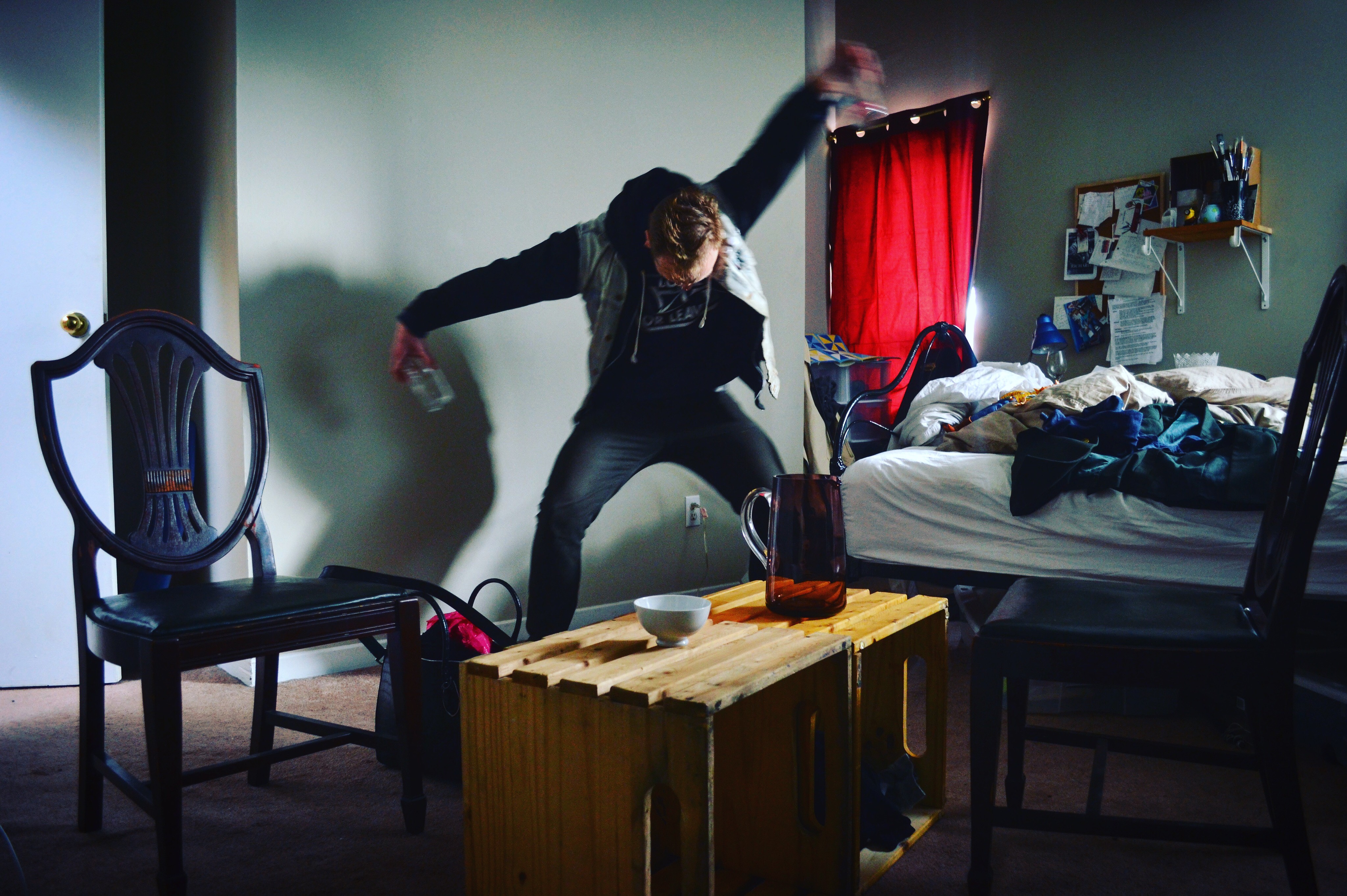 John Patrick Shanley is likely best known as the writer of Doubt: A Parable, the Pulitzer-Prize winning four-hander that was turned into the slightly over-embellished 2008 film starring Meryl Streep and Philip Seymour Hoffman, adapted and directed by the writer. But Shanley is an impressively prolific writer, with a long, vibrant list of works to his credit, and Danny and the Deep Blue Sea is an early, more explicitly tender effort that grants an intriguing look into how his themes of the unknowability of others were first explored. As with many of his works (including Doubt), Shanley’s play is set in his hometown borough of the Bronx, but the terrain in this case is very different: instead of the grounds of a Catholic school, we are in a bar, and a then a bedroom. Indeed, in Wolf Manor Theatre Collective’s production, director Anthony Perpuse has us actually in a bar: the preview performance I saw was staged in a side room of the Imperial Pub, where the production will continue until the 15th, when it transfers to the ROUND venue for the rest of its run.

The buildup to the play’s beginning is in many ways the best justification for the site-specific staging; not knowing the performers, I wasn’t sure which of the people sitting at the tables and couches spread around the small space were actually going to start acting when the show began. As it turns out, our focus is soon turned towards a lone woman, Roberta (Bria McLaughlin), who is sitting alone nursing a drink and listening to music on her earbuds (I wasn’t sure if Perpuse had unobtrusively updated the 1980s setting of the original to the present or not – certainly the economic malaise and lack of opportunity felt by the characters makes as much sense now as it did then). Enter Danny (Dylan Brenton), just out of a fight, convinced he has accidentally killed someone, face marked by a fresh bruise. He sits at the table opposite Roberta, and the two strike up an awkward chat which picks up steam as they sense in one another a complementary feeling of loneliness and insecurity. Physically they are near opposites, and both Brenton and McLaughlin nicely tinge their physical presences with contradictory personas: while both actors can easily run the emotional gamut, the imposing Brenton emphasizes Danny’s emotional vulnerability, while the relatively petite McLaughlin is focused and forward almost from the get-go.

I’m not sure if this latter characterization quite squares with the written character: the arc of the play appears to be about Roberta and Danny finding the faith in one another to move forward in their rather stagnated lives, but McLaughlin brings such an instant confidence and passion to her interpretation of the role that the dynamic of the production feels a little unbalanced, less about two adrift people finding hope in one another than Roberta simply waiting for Danny to catch up to her. The title suggests that the primary journey of the show is Danny’s, and indeed Roberta, already burdened with a teenage son, is perhaps genuinely pragmatic despite her sense of adriftness. Still, the production seems a little too invested in making Danny the only really unstable member of this duo. These reservations aside, both actors do a very good job of taking advantage of the small, sight-specific space to bring a warm approachability to their performances. Brenton, as mentioned earlier, does a particularly good job of locating Danny’s insecurity within his hockey player physique, especially in the second half of the play, which takes us from the bar to Roberta’s bedroom.

The production as a whole picks up after this transition, oddly enough, given that the bar staging becomes less relevant here. After a fifteen-minute break that allows for a set change but which still feels too long and comes a little too early in the relatively short proceedings, Perpuse’s blocking gets much looser, allowing the actors more fluid control of the playing stage. The play isn’t exactly one that calls for an overly active use of a space, but I think there’s still room for more spontaneity to be found in using the bar as a performance arena, especially given that audience members surround the actors (at the top of the show Perpuse shrewdly reminded everyone that they weren’t consigned to their seating choice) – I can easily imagine greater fluidity coming about as a result of more performances however. For the most part the actors do an excellent job of holding our attention and sympathy, particularly as they enter the last third of this fairly short work, when they and the production as a whole are very nicely in sync with the low-key, melancholy but optimistically romantic strains of Shanley’s work. People may ultimately be unknowable, but to spend even just a little bit of time observing and trying to work them out is always a pleasure.