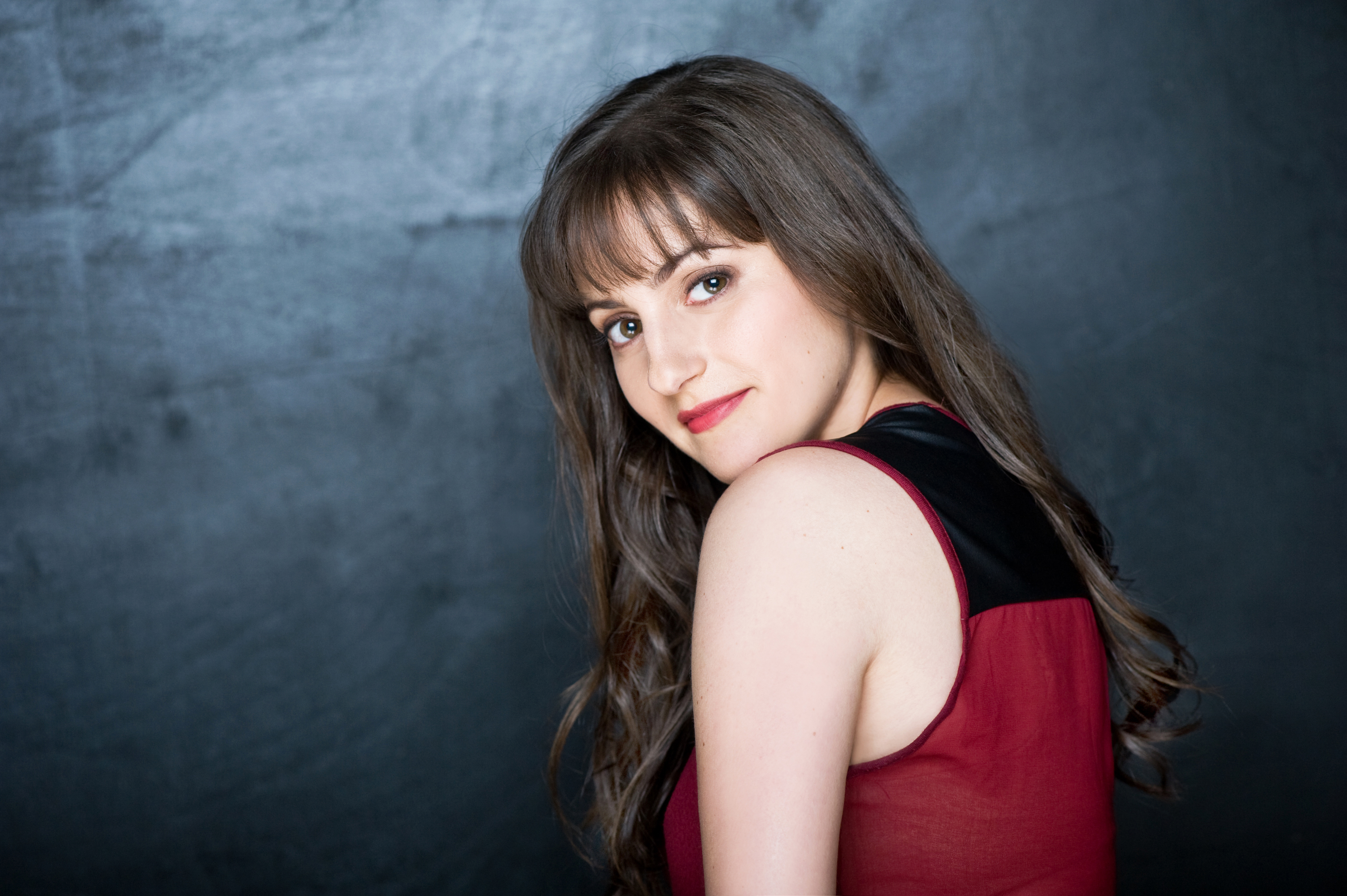 This is Jennifer Dzialoszynski’s third nomination in a row. Well, third and fourth, really, since she’s nominated in two different categories- Outstanding Supporting Actress for her scene-stealing turn as Laertes in Shakespeare Bash’d’s Hamlet then for Outstanding Actress as no-nonsense Vivie Warren in the Shaw Festival’s production of Mrs. Warren’s Profession. We caught up with the fierce and clever actress to talk about yet another year of incredible stage performances.

Catch us up on what you’ve been up to since we last spoke for the 2015 Nominee Interview Series.
Hi Guys. Well, since last year I’ve finished my fourth season at The Shaw Festival, and got to work with Shakespeare Bash’d, this time on stage rather than off.

You’re nominated not only in two different categories this year (lead and supporting) but different divisions- one for large-scale, big budget theatre and one for a site-specific independent production. How do you approach a performance differently in such different circumstances?
I think my approach is the same really. I think it’s important no matter where you are, be it proscenium theatre or an alley-style stage in a bar that the focus is the story of the play. Technical things often need to change from space to space, things like volume, performance size, spacing for sightlines, but at the heart of it I think my approach to playing a character is the same no matter the size of the house or the budget of the production.

Let’s start with Mrs. Warren’s Profession. You’re known more for the comedies at the Shaw Festival. Was it nice to break out your dramatic chops a bit more for this piece?
This was a part I’ve always wanted to play, so it was an absolute dream to get to do it. Happy as I am to be in a comedy, before Shaw I predominately did dramas, so yes, it’s great for me to get back to this kind of work.

You’re nominated against your co-star Nicole Underhay who played your mother. How conscious were you of that mother/daughter dynamic and what manners or mannerisms Vivie had either picked up from her mother or purposefully rejected?
It was a joy to work with Nicole, and I think our off-stage relationship was very important in order to achieve the relationship we had onstage. This was the first time we’ve worked together, and we really gelled in rehearsal, which made playing mother and daughter feel easy. One passed-on trait that I did implement for Vivie was her hot temper. I think that is definitely something she inherited from her mother, and is not something that Vivie likes, so tries to fight it, but doesn’t always succeed.

Your husband Wade Bogert-O’Brien was also in that production. Do you like working with him because the chemistry is already there or do you prefer to keep your life and work a bit more separate?
Wade played Frank, my pseudo love interest, and I always love working with him. Lots of people ask this question, and it always makes me chuckle. I suppose if I wanted to keep my personal life and work life separate I wouldn’t have married another actor. It is wonderful to work with someone whom you love and trust and respect, and who feels the same for you.

How did the frame device and choice to have some of the stage directions read aloud affect the play and how you saw your role within it?
I think the concept Eda Holmes, our director, used was spot on. The goal was to bring the play up to present day. However if it’s 2016 and Vivie has the internet, it would be pretty farfetched that she wouldn’t know anything about her mother. So, Eda’s solution was to set the production of the play in a British Gentlemen’s Club in 2016, with the cast as actors about to perform Mrs. Warren’s Profession as a staged reading in the club. The addition of a prologue, and the reading of stage directions really allowed the audiences to relax into a familiar setting and made them instantly available to the world we created for them. It made it more inclusive without taking away any of Shaw’s incredible text. It also allowed people to see Vivie as the new woman, breaking rules in different ways than if I had been in period dress for example. It was the best of both worlds, I think, and allowed the cast and audiences to both use their imaginations, and really focus on what was being said, and who in our current world has been saying the same things.

What were some of your favourite Shaw Festival productions of 2016?
I always love what I see at Shaw, so picking favourites is almost impossible. I loved Uncle Vanya, “Master Harold”… And the Boys, The Adventures of the Black Girl in Her Search for God, Sweeney Todd, and The Dance of Death.

This was Artistic Director Jackie Maxwell’s last year with the company. What will you remember most about her and the part of her tenure you were a part of?
I think Jackie was a great A.D. Her door was always open, she’s very approachable, and makes sure she hears you, no matter who you are. I think her stamp on the place has a lot to do with the amount of strong women she brought to the Shaw, and the Canadian works she brought in and put on all the stages.

Your other nomination this year is for Laertes in Shakespeare Bash’d’s Hamlet. How did your extensive stage combat training help to prepare you for that role?
I was so thrilled to get to use my training on stage! It’s not terribly often that a woman gets to sword fight, and so I was in heaven getting to perform that one, and with a great friend to boot! We also had a great fight director, Nate Bitton, who made it all go like gangbusters.

Laertes is not a role that’s often gender-swapped. What were some of the most interesting discoveries you made about the character in examining the text with the idea that she’s a woman, a daughter and a sister?
I think Laertes is a great part for gender-swapping. It’s most evident, for me, in the first scene with Laertes and Ophelia. An older brother telling a younger sister what do to, especially when the subject matter is sex, can be creepy. But when it’s a couple of sisters talking in confidence, giving and receiving advice, all the gross qualities of that interaction went away, for me anyhow.

Both your Vivie and especially your Laertes were fierce, formidable women in largely male-driven plays where many of your co-stars towered over you. What’s your secret to commanding the stage so totally when you don’t have physical size as a shortcut?
Hypnosis. I have no idea, haha! I never really think about it. I’m aware that basically every adult I meet is taller than I am, but that doesn’t colour my thoughts or actions. I just play.

Both James Wallis and Jesse Nerenberg are also nominated for their performances in Hamlet. Tell us about working with them.
I love working with Shakespeare Bash’d, they always have the greatest team, and these two are no exceptions. We all went to Ryerson University, and James and I were in the same class, so we all go back over 10 years. Getting to work on a great play, with great pals is one of the best experiences. There is an instant trust in rehearsal knowing that when you jump, your friend will be there jumping right alongside you.

Did you have a favourite moment in that production?
I don’t think I could pick an absolute favourite moment in either production. But we did tour Mrs. Warren’s Profession to the Shea’s 710 Theatre in Buffalo, something I’ve never got to do before. We were there the days directly before and directly after the American election. It was really special, and strange, and a very significant time in my career.

What are you up to now/what’s next?
It hasn’t been announced just yet so I can’t say, but I’m excited to say that I’ll be picking up a sword again soon.

Do you have anything you’d like to add?
Thanks so much for the chat! See you at the theatre!