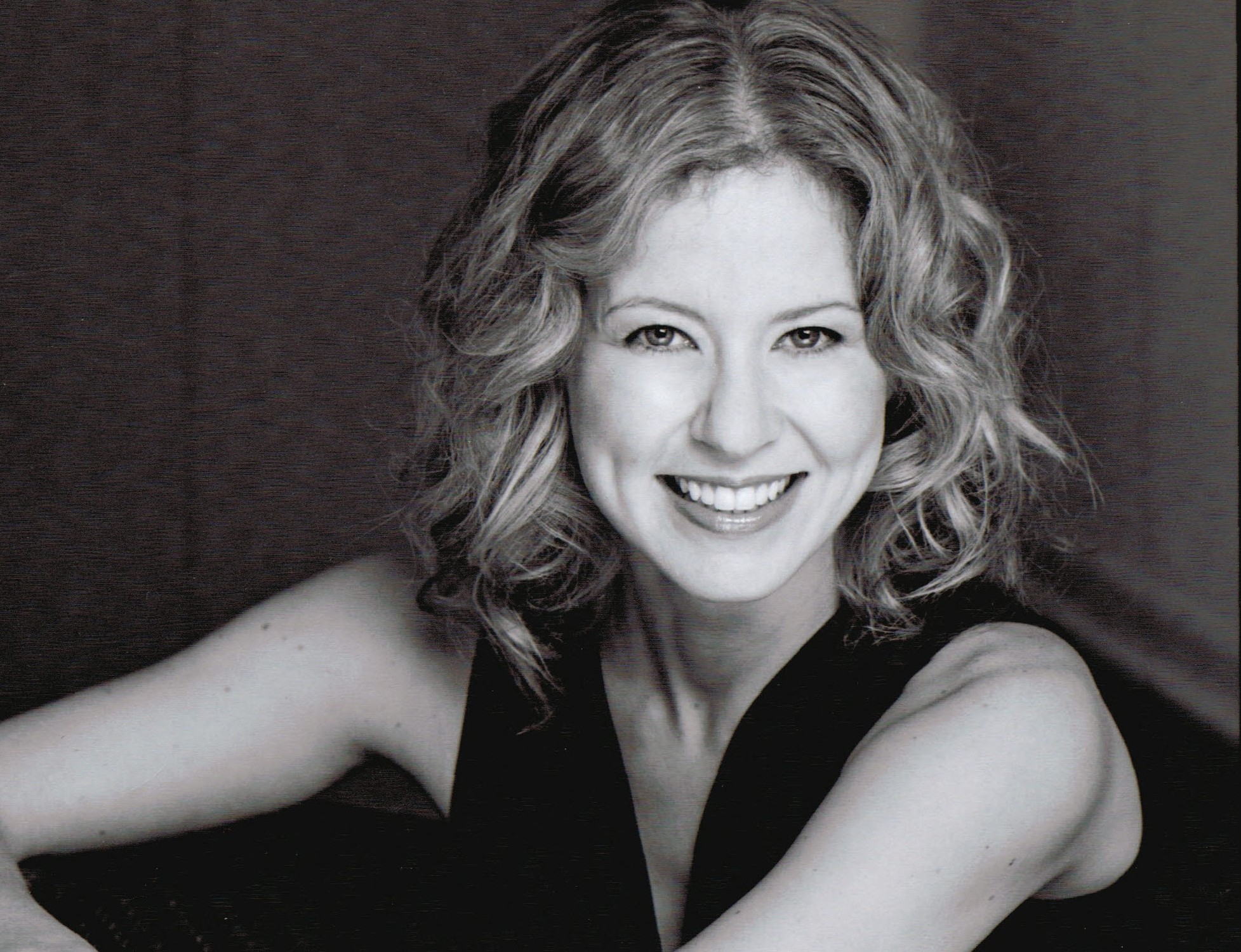 There are few leading ladies as thoroughly charming as Nicole Underhay. As The Shaw Festival’s go-to woman for whip-smart banterers and sunny heroines, Nicole triumphs by pairing high-stakes emotion and powerful stage presence with an unparalleled ability to simply make the audience smile.

From her conflicted Lady Mary in The Admirable Crichton, to her take on the iconic His Girl Friday, to her My Theatre Award-nominated turn as GB Shaw’s beguiling Millionairess, Nicole never fails to be one of the great stars of the season. In 2013 that was no different as she vivaciously headlined Major Barbara and earned her second Best Actress in a Play nomination in a row.

Can you remember your first experience with theatre?
I played a pick pocket in my junior high school production of Oliver. I didn’t have any lines or anything but we all had to come up with our character names and back stories. I called myself Aloysius Gilbert.

What actors and actresses have always inspired you? Are they the same today?
I grew up watching Codco and Kids in the Hall. People like Andy and Cathy Jones have always inspired me with their off-beat sense of humour. I’m also a huge fan of Cate Blanchett, Judi Dench, consummate actors who move seamlessly from stage to screen.

How did you get started at the Shaw Festival?
My career at Shaw started with a horrible audition video. On VHS! I was trying to meet up with Jackie Maxwell in person but our schedules didn’t mesh and I ended up having to put it on tape. I didn’t know how to operate the camera very well and it was zoomed in so close that my head took up the entire screen. Somehow she still hired me, giant head and all!

What was your first big role at the festival?
In my second season I played Cherie in Bus Stop, the part Marilyn Monroe made famous in the film version.

You also played Hildy in the stage version of His Girl Friday in 2012. How do you go about making a character your own in the shadow of a famous film version?
From my experience working on Bus Stop, I learned to never watch the movie until the show has closed! Having those iconic performances seared into your brain is not helpful at all. That helps take the curse off it so the approach to the role stays the same as it would be for any other role. Of course people will compare you but that’s not something you can control.

That season you also starred in The Millionairess (and were nominated for a My Theatre Award). What’s the key to humanizing Epifania when the playwright doesn’t seem to approve of her?
I don’t think Shaw disapproves of her, I think he disapproves of the society that created her. What I love about Shaw is that he never writes characters that are one-sided, no one is entirely good, no one is entirely evil. I think the key is to find those opposites. With Epifania, I tried to find her weaknesses and vulnerabilities to balance her aggressiveness.

Tell us about Major Barbara. What do you think is the key to making that character memorable?
One of the things we tried to focus on with this production was to keep Barbara’s presence active and alive in the last act. The crux of the argument takes place between Undershaft and Cusins so we tried to make sure that we didn’t lose sight of Barbara’s narrative through that, that she is implicitly involved in the argument even when she’s not speaking.

Do you have a favourite moment from that production?
Over a long run there are so many! One of my favourites was the day when my Salvation Army pin had fallen off my uniform unnoticed. At the end of the first act I am supposed to pin it on Undershaft, after he successfully buys my faith out from under me. I reach for the pin and it isn’t there! There was a moment of sheer terror that registered on the face of everyone on stage and then I very slowly took off my uniform jacket (thankfully I had on a T-shirt underneath) and handed it to him instead. It was fun because suddenly the show came alive in a new way and it lead to a lot of other interesting moments after the initial terror had passed…

Do you have any dream roles you think are perfectly suited to you or something completely against type you’d love to try as a big challenge one day?
I would love to do some more Tennessee Williams. Summer and Smoke was one of my favourite shows. I love the darkness and fragility of his characters.

Who are some of your favourite people on the Shaw stage professionally and personally?
It’s really a great company of actors at Shaw. You always end up spending the most time with the people you are in shows with, of course, but there is a great family feel to the place that I love. Professionally it is so great to have people like Michael Ball and Sharry Flett to learn from. Two of the classiest people in the business. Personally I have been known to spend a fair amount of extracurricular time with Moya O’Connell and a bottle of wine. Or Andy Bunker and a cricket bat.

Do you try and see every play in the season? What were some of your favourites of 2013?
I always try to see everything. This year Faith Healer blew my mind. The acting was so outstanding. Jeff Irving in Light in the Piazza. Come on! It doesn’t get much dreamier than that. Jenny and Shawn Wright (no relation) in Guys and Dolls. I was giddy!

What are some of the challenges of repertory?
One of the biggest challenges is the length of the contract. Being away from friends and family for 6-8 months can be difficult. Then again, it is pretty amazing place to work, the resources available to you as an actor and the production qualities are so high, its a rare and special thing.

If you could pick one definitive moment in your career up to this point, what would it be?
Getting hired from that weird audition tape by The Shaw Festival was a pretty miraculous moment. Jackie says she still has it and threatens to break it out every now and then. But good luck finding a VCR….

Tell us a bit about your recent run of Flesh and Other Fragments of Love at Tarragon.
It’s an English translation of a French play based on a French novel. A middle aged couple goes on vacation in Ireland in an attempt to find a spark in their troubled relationship. The husband finds a dead body of a woman washed up on the beach. Their fascination with this dead woman and her life story starts to interfere with their relationship. I played the dead body! I did sort of come back to life as they try to invent my story and then I started to take on a life of my own…

What are you up to next?
This summer I am going to stay in Toronto and make myself available for film and TV. This is what actors say when they don’t have anything lined up…