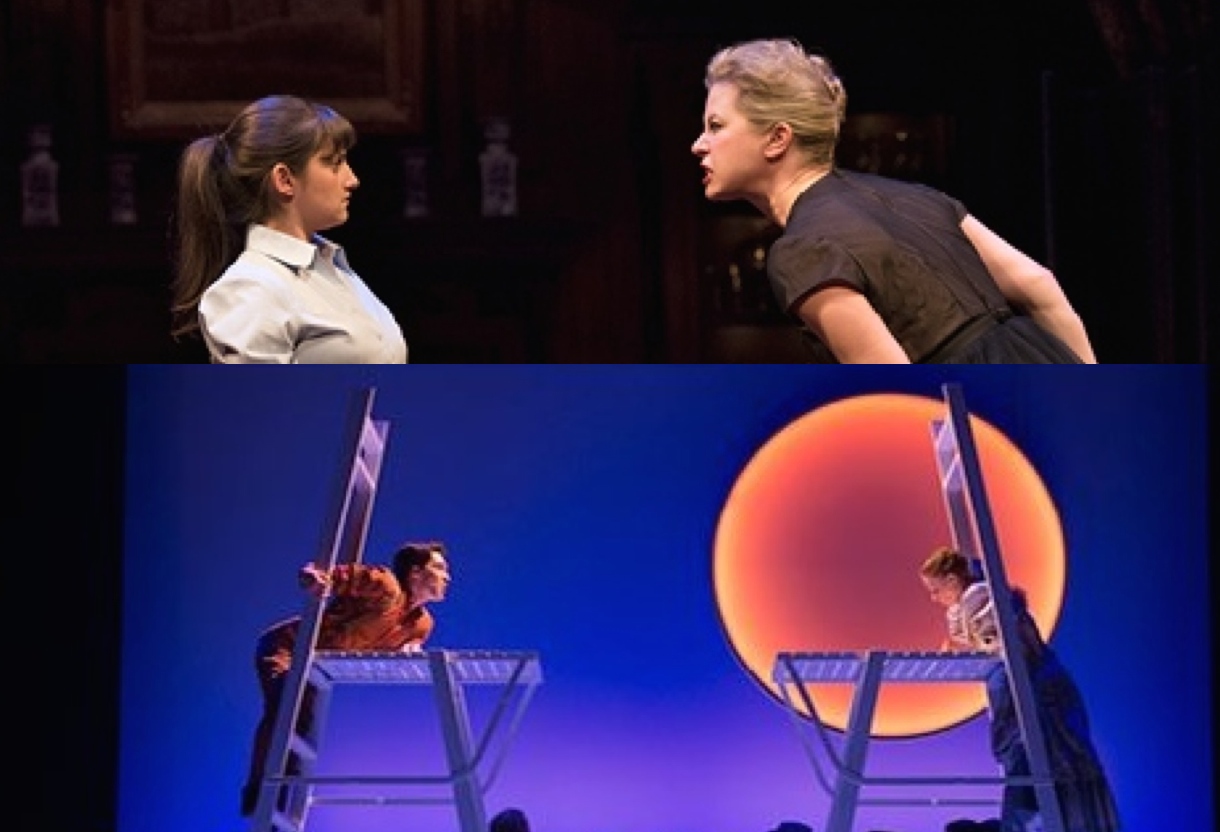 At the Shaw: Our Town & Mrs. Warren’s Profession

Two classics- one British, one American- both, in their way, about growing up and letting go. They both feature real-life couples as their young lovers and both are currently playing on the Royal George stage. That usually would be where the comparison ends but, for her production of Shaw’s contemplation of the worth of women, director Eda Holmes brilliantly borrows something of Our Town’s self-referential frame and play-within-a-play anachronism, using the most famous aspect of Thornton Wilder’s morally straightforward tale to illuminate the moral complexity of Shaw’s narratively straightforward one.

Set in the New Lyric Gentleman’s Club where Shaw’s script had its first public reading, Mrs. Warren’s Profession becomes a play-within-a-play, about women, put on by men. It begins and ends with Jennifer Dzialoszynski’s wonderful straight-backed, no-fear Vivie Warren but only under the supervision of four men of comparatively limited character (Thom Marriott, Wade Bogert-O’Brien, Gray Powell and Shawn Wright- all excellent and intermittently infuriating).

Despite its male frame and unrelenting male gaze, Mrs. Warren’s Profession is a star turn for both Dzialoszynski, the company’s strongest young actress in her first dramatic role at the festival, and returning brightspot Nicole Underhay who plays the unapologetic Mrs. Warren with the perfect balance of hard walls, rough edges, practiced manners and vulnerable heart. An extension of the Gentleman’s Club frame, the men read the stage directions at the opening and closing of each act, leading to the beautiful melancholy of the production’s final scene in which Dzialoszynski’s radiant Vivie, a woman of extraordinary backbone and self worth, does and says and feels exactly as the men say.

The stage directions in Our Town are more of a stylistic interest than a thematic symbol. Read by Benedict Campbell as the narrating Stage Manager, the fourth-wall-breaking scene-setting is part of Our Town’s famous minimalist style with mimed props and sparse set (the props reappear notably only in a memory). Ken MacDonald’s beautiful white set and Molly Smith’s energetic blocking keep you tuned in as the fairly conventional story plays out over the somewhat boring first two acts, the second in particular bolstered by the sparkling chemistry between newlyweds Kate Besworth and Charlie Gallant as Emily and George. The third act is where the play’s content rises to the level of its groundbreaking style, breaking its earth-bound literalism to ruminate on death and the afterlife. The ensemble shines in these final scenes, both the living (the grief of Gallant and, especially, Patrick McManus as Emily’s father is heartbreaking) and the dead (Catherine McGregor is beautifully restrained as Emily’s late mother in law), and William Schmuck’s costumes suggest subtle caught-between-worlds sorrow.

By dabbling in the style of Our Town, Mrs. Warren’s Profession outshines the simpler play but two incredibly strong ensembles makes it a very close race.