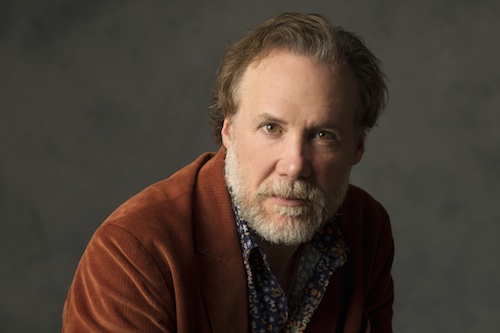 One of the Shaw Festival’s most consistently wonderful leading men, Outstanding Actor nominee Patrick McManus highlighted one of the festival’s biggest hits of 2015 as a completely redefined Henry Higgins in Peter Hinton‘s insightfully modern Pygmalion.

Can you remember your first experience with theatre? When did you know you wanted to become an actor?
Basement skits in The Regan’s basement every Boxing Day in London ON.

I think I knew when I was a teenager, but I didn’t decide to really pursue it until I was 25.

You’ve been a part of many of our favourite Shaw productions (including 2013 Best Production winner Arcadia). What have been some of your favourite roles you’ve ever played?
[Henry] Higgins; Bernard, in Arcadia; [George] Tesman. Outside of the Shaw, I’ve had great times doing Shakespeare and new Canadian plays by Jason Sherman, Michael Healey, shows at Caravan Farm Theatre.

Your MyTheatre Award nomination this year is for the role of Henry Higgins in Pygmalion. How did you go about making such an iconic role your own?
I didn’t think about it as an iconic role, just a great part that I really wanted to play.

How did the contemporary setting inform your interpretation of the character?
The contemporary setting was what made me so excited about doing the show. And it definitely freed me up from bothering about Leslie Howard, Peter O’Toole, or whoever played the part before me. I had no idea as to how the show would translate with the modern setting, but as we ran the show, it really put the focus on the complexity of the relationship between Eliza and Higgins.

What were some of the key things you discussed with director Peter Hinton about the character?
We spent a lot of time time talking about Paradise Lost, and I got kind of fascinated by creation myths like Frankenstein. And Nietchze.

Henry Higgins is always a momma’s boy but in this production your mother was a powerful career woman (a fashion designer) rather than simply a society lady. How do you think a change like that alters the fabric of who Henry is and how he was raised?
Peter was clear that he wanted Mrs. Higgins to be a woman of action, and he was inspired by Vivienne Westwood. I don’t know if it altered the fabric of Higgins. I always figured Henry had spent most of his schooling away at boarding school, then university. The father is totally absent from the play and he’s got some attachment/dependency issues with his mom.

Henry Higgins (and your Henry especially) is rude, snobby and has terrible manners. How did you keep him sympathetic?
I try not to worry about making a character sympathetic. Shaw often writes these characters that are flawed, difficult human beings, and he gives them circumstances where they will climb to dangerous heights and fall back to earth. His characters have great range and I think one can narrow that range when worried about the audience’s sympathies. That said, I think I always sympathize with the characters I play.

Tell us about working with your Eliza (Harveen Sandhu).
I have a great time working with Harveen. We’d worked together on Arcadia, and we’re both going to be in Uncle Vanya this summer. She’s got fantastic poise and soul as a performer.

Do you try and see every play in the season? What were some of your favourites of 2015?
I usually see everything, often more than once as I’m able. Favourites last summer were Top Girls, The Intelligent Homosexual’s Guide to Capitalism and Socialism with a Key to the Scriptures (iHO), and The Twelve-Pound Look.

What have you been up to in the off-season?
This past off-season I did a bit of TV work and took a vacation with my family.

What are you up to now/what’s next?
I’ll be in The Realistic Joneses at Tarragon in November, with Susan Coyne, Tom Barnett, and Jenny Young.