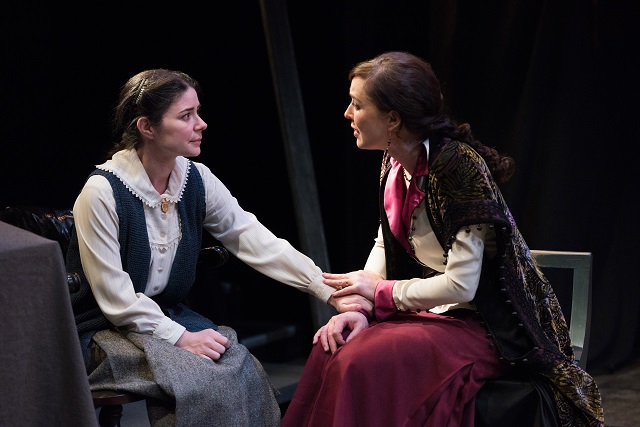 I’m calling the Shaw Festival’s Uncle Vanya a “must-see” without having really seen it. I’ve attended the show twice and can, by cobbling some pieces together, confidently say it’s the brightest light of their generally disappointing season. But I’ve never seen it the way you will see it if you do as you’re told and buy a ticket before it closes on September 11.

The first time I attended Uncle Vanya, a power failure cut a thundering Neil Barclay off mid-speech and the audience was sent home without seeing the final act. The second time, I saw an understudy. When you’re dealing with a big Broadway show or even Stratford, an understudy can be a thrilling thing- I’ve seen understudies step up and totally slay Phantom, Elphaba and D’Artagnan, among others- but the Shaw Festival doesn’t have the manpower to back up every actor with an appropriate and appropriately rehearsed replacement so the fact that Kate Besworth was able to make it through her one performance as Sonya was a feat in itself but the change really altered the play’s power dynamics and pacing so, for review purposes, I’ve decided it doesn’t quite count, especially since the irreplaceable actress who was out sick- Marla McLean– was the heart and soul of that first ¾ performance I saw. Her Sonya is strong, quiet, brave, intelligent, complex and grounded, a performance you should definitely see, even if I didn’t get to see all of it.

Between the ¾ show and the understudied one, the rest of the picture is at least close to clear. Annie Baker’s adaptation of the classic Chekhov text is simply sublime, capturing the world of the original and discovering something completely new within it. Baker’s version of the play dives deeper into the inner lives of Sonya and her enigmatic stepmother Yelena, illuminating contemporary feminist themes in a 119-years-old text and expanding the play’s emotional consequences. Yelena proves the perfect role for a wonderfully restrained Moya O’Connell, her warm, relatable side insightfully peaking through a pristine, unapproachable exterior as Yelena is misunderstood, underestimated and misused by everyone, but especially the men, in the play.

Patrick McManus is, yet again, extraordinary, sinking into the complicated doctor Astrov as though that who he’s always been. The tension between his respect and his desire serves as a key piece of Baker’s feminist thesis and the casual intimacy of his perfectly developed friendship with Barclay’s delightful Vanya becomes an emotional touchstone that helps carry the audience through the sad, quiet play. Said quietness is one of director Jackie Maxwell’s most important moves in her delicately staged production, showing no fear in the face of silence and letting the characters’ unspoken discontentments fill the space. It makes the play slow and demanding, the audience challenged to really focus on these people and what they’re not saying instead of just waiting for action. It’s a hard play, a real task, but the rewards are infinite.