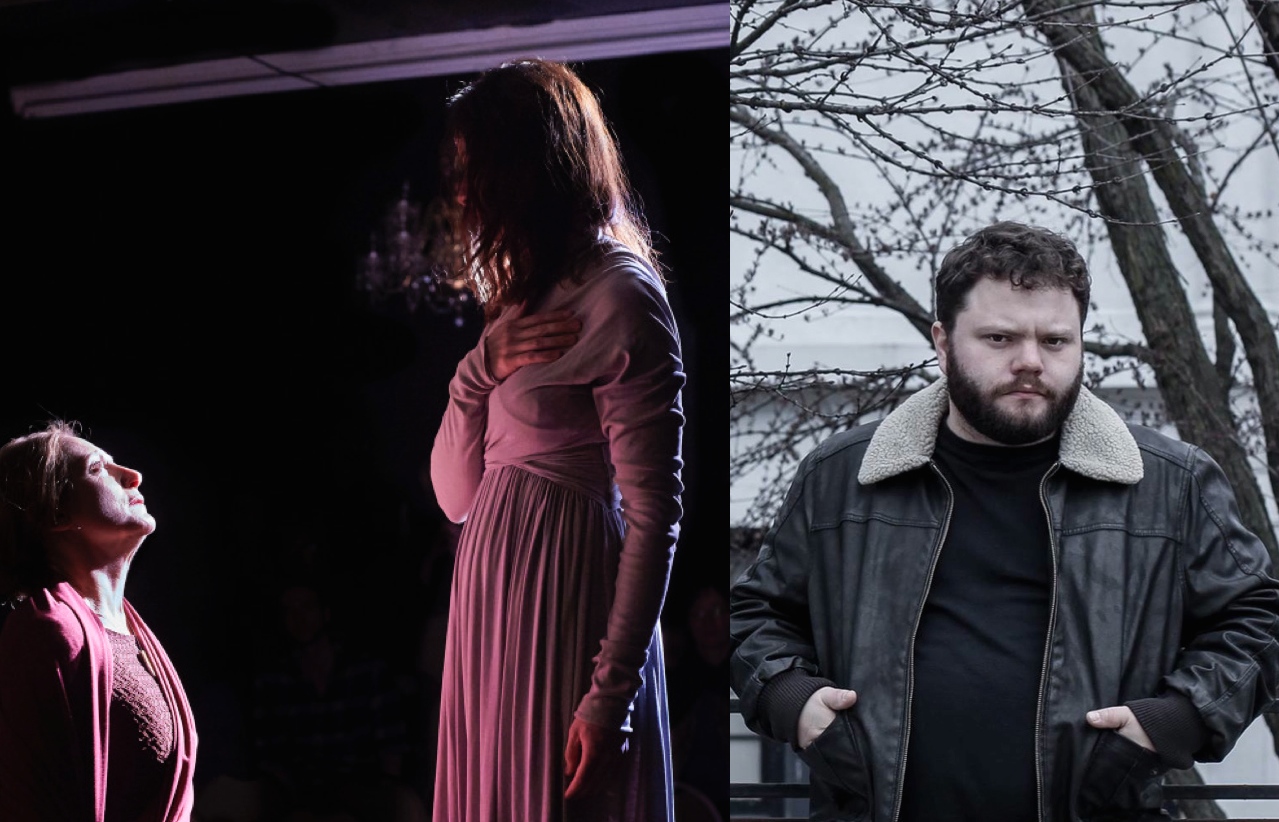 There’s something of a false hierarchical narrative around Shakespeare performance that suggests the grander the stage, the stronger the performer, the mecca that is the Stratford festival theatre serving as the (Canadian) pinnacle where only the best of the best are allowed to tread the boards. If you’re somehow unconvinced that this narrative is nonsense, I need only point to two wildly different Shakespeare productions happening in small Toronto spaces right now (though it’s tricky to suggest you go see them for yourself because there are shockingly few tickets left to either production).

On one hand you have the splashy inaugural production from Groundling Theatre Company, currently christening the new 80-seat Coal Mine space on the Danforth. The Winter’s Tale, like Groundling in general, is clearly a passion project for Artistic Director/Stratford favourite Graham Abbey, evidenced by his heartfelt director’s note (“If the alchemy is just right we will breath life into marble and be changed forever. That is the promise of faith and it is why I have spent my life in the theatre”). Passion projects are right at home in tiny, storefront theatres in this city; in fact, they’re the norm since such small-house productions are rarely all that lucrative. And just like the indie artists who usually work in these spaces (though, admittedly, the Coal Mine is by far the least indie of comparable theatres), Abbey has filled his production with friends and respected co-workers. Of course, having spent the better part of two decades as a leading man on the country’s biggest classical stage, Abbey’s most trusted collaborators happen to be some of the most famous names in Canadian theatre. Hermione is his real-life wife, the beloved Michelle Giroux; her on-stage husband is the legendary Tom McCamus. Lucy Peacock, Brent Carver, Patrick Galligan– the prestige of this cast is nearly unrivaled and the chance to see them up close in an 80-seat theatre at a $35 ticket price is unprecedented in recent memory. But here’s the trouble, and here’s where the aforementioned false narrative breaks down- the fact that Peacock, Carver, Giroux et al. have conquered the country’s biggest stage does not mean they’re ready for or suited to one of its smallest. Natural charisma, ease with the language, and unquantifiable elements like Carver’s voice translate beautifully, as you’d expect, but this company, to varying degrees, seems out of place at the Coal Mine. The direction (which I maintain would be fairly effective in a big house) is too dramatic, the performances too big, the run-time too long, and the actors are literally projecting too loudly for the space. It seemed to me that, coming mostly from Stratford, many of these actors, talented technicians though they are, are simply out of practice with the small-house reality of tripping over the audience and staring into our eyes.

Over at the Monarch Tavern, on the other hand, in an even smaller house, Shakespeare Bash’d Artistic Director James Wallis takes a few practice swipes with his sword before the elaborate duel that highlights Hamlet’s fifth act, wordlessly cautioning those in the front row to watch their toes. We’re close enough to see the tears gather as Jennifer Dzialoszynski reacts to the news of Ophelia’s death (a female Laertes- the sort of illuminating against-type casting you rarely see on bigger stages), close enough to notice the light catching her eyes even though her Laertes is too stubborn and angry and scared to actually let the tears fall. Wallis’ Hamlet meets the eye of nearly everyone in the room at some point in his soliloquies and Jesse Nerenberg’s Horatio adjusts his glasses when he’s stressed because, in a small house, someone will notice a detail like that, and a company like Shakespeare Bash’d knows how to live in a small house.

There are, naturally, moments in both productions when the situation is reversed. Julia Nish-Lapidus’ petulant Ophelia is as unconvincing as Robert Persichini’s wry Old Shepherd is delightful; George Meanwell’s compositions and the practical sound design of The Winter’s Tale bring an important note of subtlety to that show while Catherine Rainville’s too-naturalistic direction of The Players takes Hamlet’s subtlety too far. With the exceptions of Laertes and Horatio, the character motivations in Hamlet could use more clarity and Wallis at times seems to be pushing to live up to the soliloquies instead of trusting the natural knack for the verse that serves him so wonderfully throughout the rest of the play.

In general, though, these two productions are excellent evidence against the assumed hierarchy of Shakespearean performance. It’s true that there’s technique and talent needed to play to a 2000-seat house that many performers in small houses might not have, but the same is also true in reverse. Effective performance of Shakespeare in intimate venues isn’t a skill set the great, grand thespians necessarily all possess and what works directorially on a big stage isn’t the same as what will work in a Danforth storefront or a 90-year-old bar on Clinton St. The Stratford stars of Groundling Theatre Company will need to adapt if they’re going to keep up with the scrappy small-house Shakespeareans in the big city.