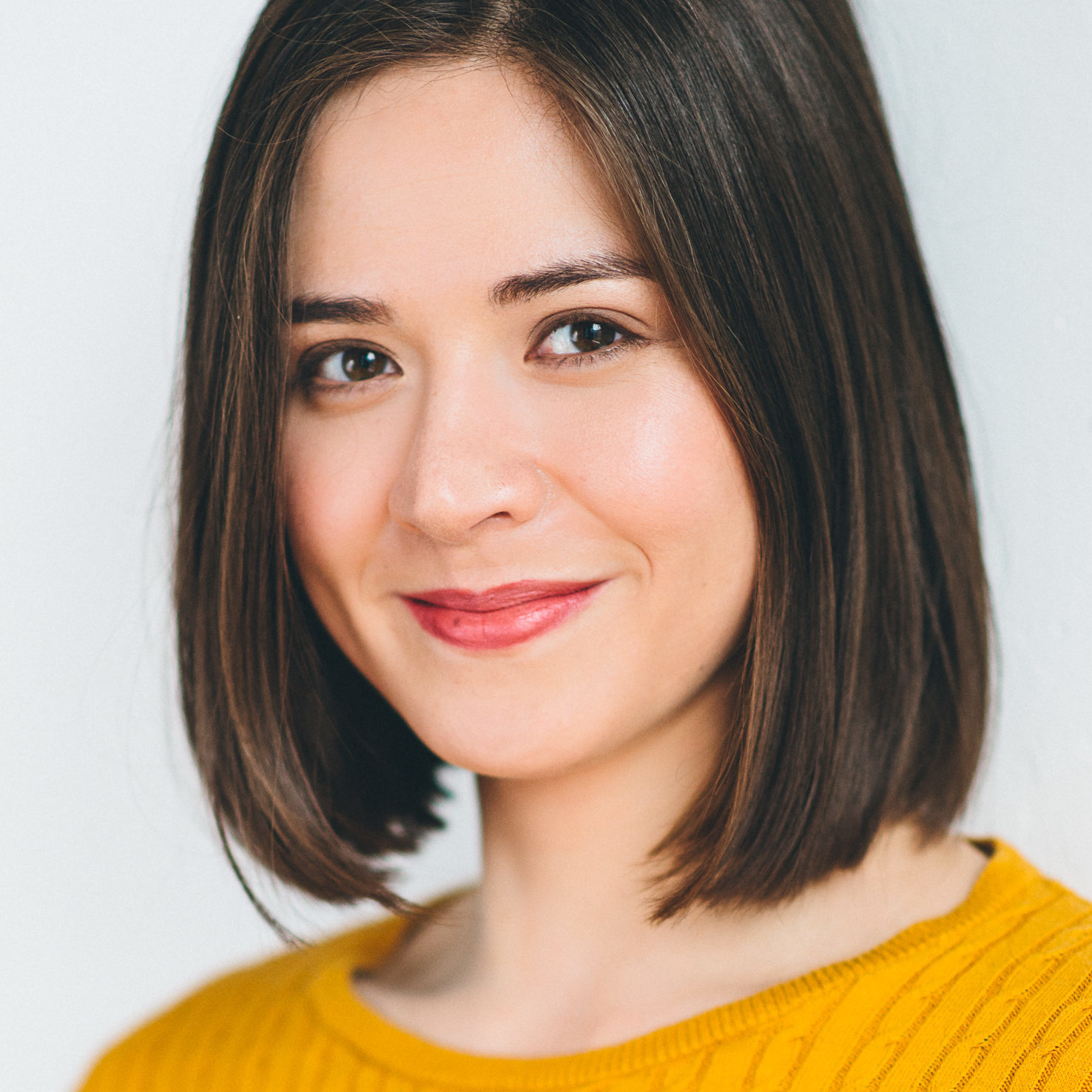 Courtney Ch’ng Lancaster is a nominee for Best Direction for the Toronto premiere of Sarah Delappe’s The Wolves, an ensemble play about a teenage indoor soccer team. Lancaster tapped into every subtle moment from the Pulitzer-nominated script, building a strong chemistry between the players whose energy bounced off one other. The production was fresh and witty yet also deeply moving.

What have you been up to since we last checked in for the 2016 Nominee Interview Series?
Well, I’ve watched 14 seasons of Grey’s Anatomy. My husband and I got a cat and she is the best. Her name is Beluga. I travelled to Malaysia for the first time in 19 years to visit my grandmother and my uncles. I’ve worked on a bunch of theatre projects as an actor and director. I got a gym membership. I remain fairly confused about what I want to be when I grow up. I’ve been spending time with some amazing Paprika and AMY project participants. Some other stuff happened too.

Tell us about the genesis of this production. What attracted you to The Wolves as a directing project?
It took a little convincing. I was worried about working on such a big project when I’m such a new director. On top of that I have very little sports experience, so I’m perhaps not an obvious choice for such a play. But the Howland Company was confident that I could do it, even when I wasn’t. And I was reassured by how incredible the script is. The writing is so smart, so full, and provides a very clear container: in every scene, the characters are warming up before a game. I could see how to do it, that it would be physically arduous, that our cast would have do all the same tasks their characters are doing – stretching and warming up with military discipline, in a tightly closed off circle which gets broken at various points by internal conflicts and external events. This physical framework gave me confidence.

Ruth Goodwin, our amazing producer on the piece (and an actor in the show), told me that she trusted me with the play because the moment we got the rights, I immediately started voicing all of my doubts and working out how to solve them, instead of jumping up for joy. I guess I work from a place of productive pessimism. Thankfully I’m surrounded by friends and colleagues who refuse to listen to me when I say that I can’t do something.

It’s a true ensemble play. Give us some insight into the casting process for the Outstanding Ensemble-nominated group.
I am so proud of the casting of the show, because we had such a perfect team. We saw a lot of people! We put out an open call for seven of the ten characters, and had actors come in and read for two characters each, and do some simple soccer, dribbling and passing. All told we did a solid week of auditions, spread out over a month. We did one callback, and saw actors in teams so that they could stretch together and play off each other. We listened to how their voices played together too – the script is very musical with interwoven voices. We absolutely could’ve cast it several times over but my gut feelings in the end was very clear and it was reaffirmed during our first read through, our cast understood these characters perfectly and brought amazing depth to their parts.

One of the biggest aspects of the play was the chemistry between the cast members- how did you work on building those relationships?
We played a lot of soccer, we started and ended each week with a check-in, we kept a communal snack shelf, and we shared skills with each other. Because the script is about highschool students and the fraught relationships they have have each other, the team was immediately aware and conscious of their relationships to each other. I remember one check-in early in the process where someone mentioned how emotionally difficult it can be to play a character who is ostracized in the script, and the team agreed to make a conscious effort to check and and care for actors who were playing more isolated characters when they were offstage. I was grateful to the cast for kind of care, and that observation of each others needs.

How did you and Sarah Doucet work together to bind the script so closely to her movement work?
Before we began rehearsals, I asked Sarah to put together a 10-minute stretching routine. Sarah did a tonne of soccer research and came in with a draft routine that the cast learned before we even started script work. And then in an almost crude fashion, we smooshed the text onto the stretching routine to see what worked and what didn’t–for example, it turns out it’s hard to deliver passionate fast-paced text when you’re twisted up into some kind of pretzel stretch with your face nearly on the ground, or it might be fun to windmill your arm when your character is talking about plans with friends but when the same stretch comes up in the routine when you’re talking about personal tragedy, it doesn’t quite work. It also became clear where it was dramatically useful to shift from one stretch to another and where it was distracting or broke up a thought too much. We took a great deal of artistic license with that – the cast held some stretches much longer than others. So we would edit and try again and edit some more. We also listened closely to the cast and their ideas. They were so disciplined about learning a verbal script and a physical one at the same time. I have to credit our assistant director Rebecca Gibian who, amongst many other things, led a lot of the soccer training and worked on their physicality and passing technique along with some amazing soccer coaches we brought in (like Shaw actor Cameron Grant!).

And then when it came to our transitions, which were a bit more abstract, I would generally create a first draft and then rely on Sarah’s eye and background to bring detail and grace, and Rebecca (and really the whole design and stage management team) to describe what the movement meant to them narratively. We’ve got some fun movement and stretches on the cutting room floor, but I think that’s necessary, you have to make more stuff than you need.

As a performer, you were a part of a ton of notable productions since we last interviewed you. What stands out in your memory about each of the following?

– Other Jesus
I loved working on this show, and I loved working with Public Recordings – they set such intelligent and ambitious tasks for themselves. In the case of Other Jesus, we were challenged to created a physical movement score based on our first readings of the script, and then were stuck with that physical score even as our understanding of the script deepened and changed. This echoed playwright Evan Webber’s challenge when he wrote the script, which is the story of Jesus, by writing four drafts of the tale in single sittings and giving us the final draft, typos and all, as the performance text. Being trapped by our own movement score while performing fully realized acting created a kind of schism in my brain that was unlike any other acting challenge. I think it led to a really interesting show. They’re remounting the show in Montreal at the end of May, it’s so worth seeing.

– Tragedie of Lear
Walter Borden as Lear, without a doubt. He sank his teeth into that part.

– Idomeneus
Intense. A gift. We started that show during a time of great upheaval at Soulpepper, and we were in such good hands with director Alan Dilworth, and with the community of that cast. I wrote a blog post about it, actually.

– Innocence Lost
I finally got to work with Jackie Maxwell, holy crap! What a tough piece of Canadian history Beverly Cooper’s play covers. There was a lot of light in the making of it, though – many of us in the cast had to play children as well as adults which brought a lot of joy into the process of this tragic story. We met Steven Truscott’s son after one performance. He was very generous with us, and grateful to see his father’s story told, which was a powerful reminder of the responsibility of art making.

– Anywhere
Realization: a LOT of people come to the Fringe. People who don’t see theatre elsewhere. And people looove “discovering” you… I actually got a bunch of interesting auditions out of this show, and I think that’s due to the hard work of the team (especially Michael Ross Albert) in crafting a fierce little thriller that appealed to a wide range of audiences. We were flabbergasted and so pleased when it went on to win some Fringe awards – the little show that could!

– I Call myself Princess
Such an honour to be part of this – I learned a lot from Jani Lauzon and from the team behind this show. At the end of the play, my character Nelle Eberhart who has been a fierce ally to Indigneous opera-singer Tsianina Redfeather, essentially abandons Redfeather after having achieved career success through their partnership. I think it’s a smart depiction of how ally-ship that doesn’t seek to rebalance power ends up not really being ally-ship.

You’re part of the Shaw Festival this year. What are you most looking forward to this season?
The company! I’m working with Kim Rampersad, Tom Rooney, Gray Powell, Martha Burns and so many other people I’ve admired for so long. We’ve already started sword-fight training and based on that alone, I can tell this summer is going to push me.

Any other projects on the horizon that you want to talk about?
I’m directing something fun and bloody next winter, more on that soon!