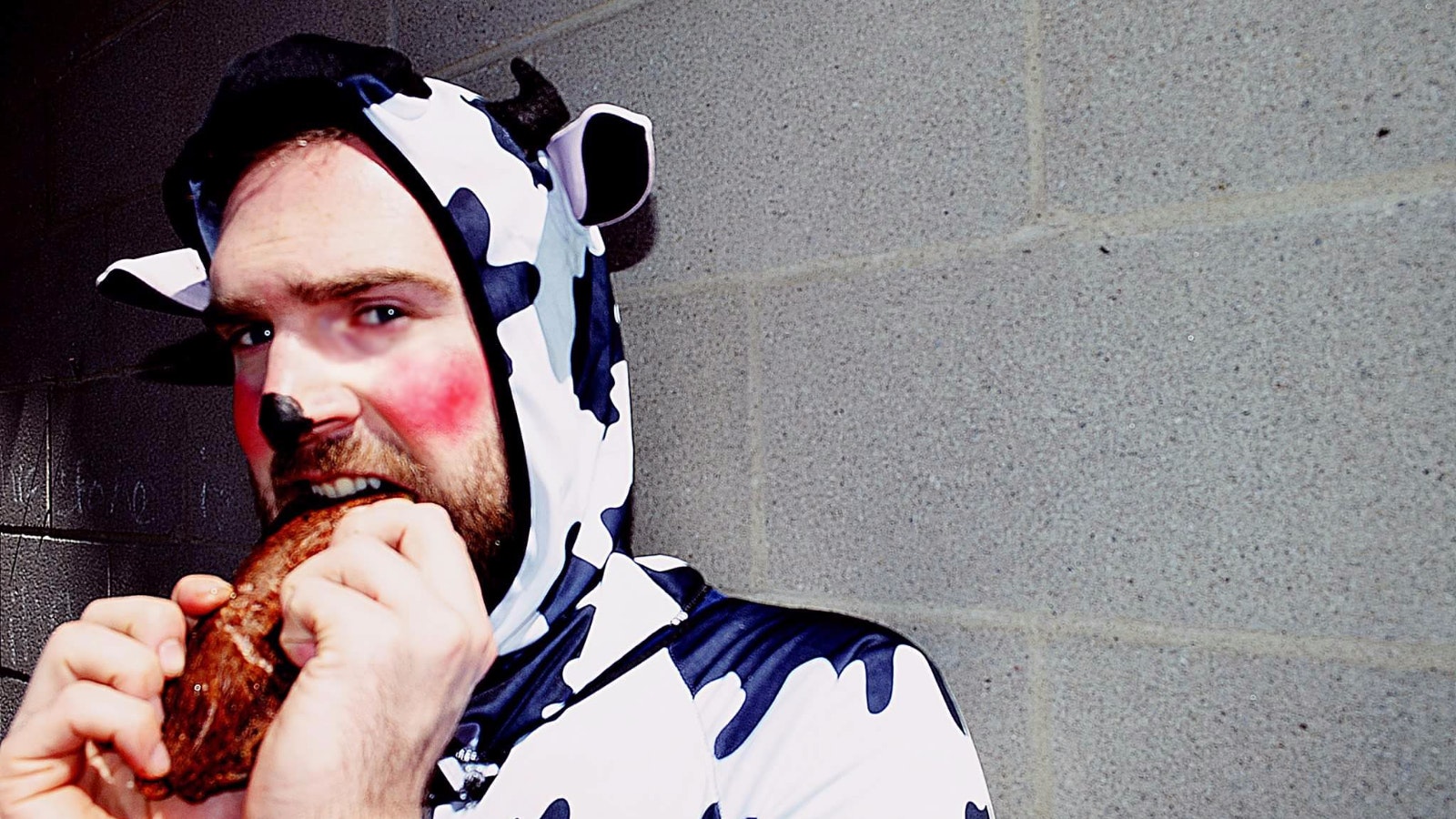 The Food Project (A-)
A collective-oriented company, Theatre by Committee’s show is essentially a glorified commercial about the state of the food industry in Canada. This is not necessarily a bad thing, and they make what could very easily turn into a polemic into a very entertaining piece of theatre. The entire cast is charming from the preshow right until they are handing out gazpacho (one of the delicious bonuses of this show). They work together as an ensemble to tell the story of how the food guidelines were constructed, and ‘edited’, why they are misguided, and what is really going on with the food that we eat. The show is both well-researched and charming, complete with cow costumes and musical numbers. They are careful to mention that the more ethical choices are often more costly, and instead of advocating for a radical puritanical shift that instead we should all make small changes in our lifestyles. I appreciated the nod to classism within ethical food culture, but found myself frustrated at the end since essentially, the upshot is that most choices are unethical by some definition: animal suffering, water usage, and environmental concerns. The situation is disheartening, but the show is worth it.

Palestineman (B+)
MS Khalilieh’s one-man show is a story that reflects on the consequences that result from the way one man has internalized the conditions of his own oppression. The programme describes the show as a ‘lecture you didn’t ask for’ and that’s pretty accurate. Of course, it’s a lecture that is pretty damn entertaining. He rants about politics, but the monologue also gets very personal, which is where it gets, unsurprisingly, more theatrical, and more interesting. One of the most effective moments is Khalilieh’s fantasy conversation with his imaginary Jewish girlfriend, a conversation that starts out playful but gets quite heated as he uses it to work through several issues, both political and personal. In the long run Khalilieh might benefit from experimenting with how to show more of the ideas that he expounds, rather than simply telling the audience. In the meantime this piece is highly intellectual but also very engaging.

In Sundry Languages (B+)
This collective multicultural piece attempts to portray some of what it’s like to be an immigrant through a series of sketches and monologues spoken in at least seven different languages. The scenes are episodic, though thematically related, and are often hard to follow, though I suspect that is the point. The show puts the audience in the position (to a certain extent) of immigrants: we can’t understand most of what’s going on, so we have to piece together what we can from context and body language. It’s an interesting idea, though at a certain point it starts to get a bit tenuous, both in terms of continuity and comprehension, and I wish there had been more for the audience to work with. There are some really clever moments, and I especially liked one of the initial scenes in which a Russian actor is chastised by his director for not having a ‘real’ Russian accent. What our impressions are of how other cultures should be and how that in turn informs how we expect them to perform their culture is one of the themes of the show, one that I wish had been brought out even more.