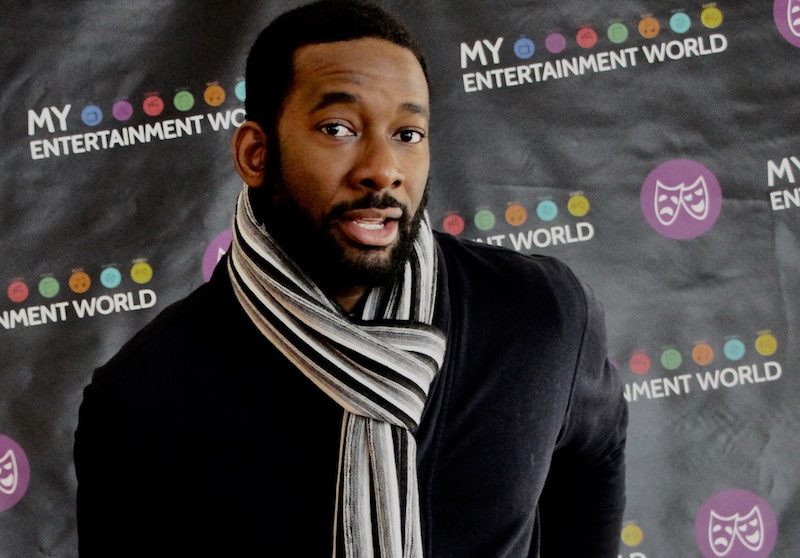 Daren A. Herbert is a two-time MyTheatre Award winner for his musical work with Acting Up Stage Company (now The Musical Stage Company). He took home 2011’s Outstanding Supporting Actor trophy for his performance in Jason Robert Brown’s Parade (co-produced by Studio 180) and is the reigning Outstanding Performance in a Musical winner for 2015’s The Wild Party (co-produced with Obsidian Theatre Company). This year, however, he’s nominated for an only tangentially musical work, as part of Soulpepper’s Outstanding Ensemble for Father Comes Home From the Wars (Parts I, II, III) by Suzan-Lori Parks, a poetic and challenging contemporary drama inspired by Greek mythology.

Daren is one of my favourite people to interview. He’s whip-smart and talks at a rate that reflects that, hence my wanting to release our conversation in podcast form rather than run it past our valiant but not superhuman transcription team. Hilarious, candid, and refreshingly incisive, Daren spent just over an hour a few months back walking me through his experience from wearing blackface in The Wild Party to losing money at Anthony Rapp’s weekly poker nights during the If/Then tour to crying with his Father Comes Home castmates to preparing for his next big role- Onegin in Amiel Gladstone & Veda Hille’s new musical adaptation of Pushkin’s poem of the same name (on stage May 13).