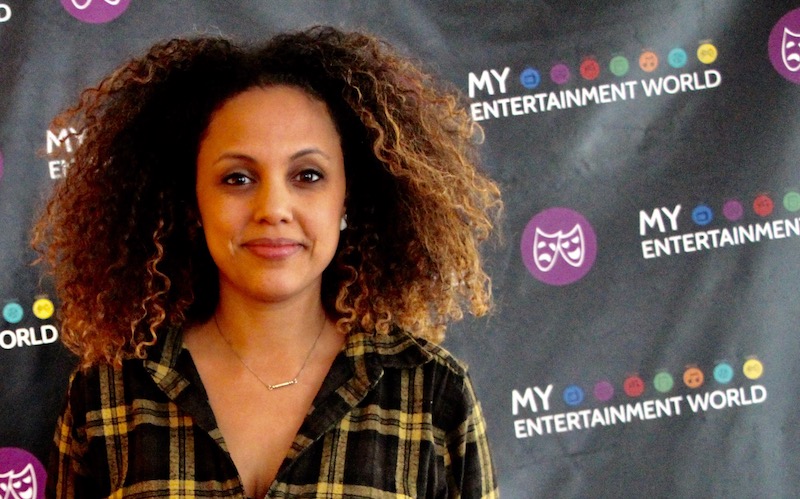 Weyni Mengesha is one of the fastest rising stars in Canadian theatre, a rare young director consistently hitting it out of the park on the country’s biggest stages. 2016 was her biggest year yet, earning a slew of MyTheatre Award nominations, including Outstanding Direction for Soulpepper’s extraordinary Father Comes Home From The Wars (Parts I, II, III) and Outstanding Production for both Father Comes Home and Stratford’s epic Breath of Kings (co-directed with Mitchell Cushman). We caught up with Weyni in between remounting Butcher and heading across the boarder for her New York debut.

Is there something that you look for in a script that you’re looking to direct? Something that really attracts you to it?
I think it’s probably something to do with some kind of social change. Somebody doing something courageous, or something that inspires courage in the audience.

You were nominated for your first MyTheatre Award back in 2014 for Lungs. What stands out in your memory about that production?
The request from the writer- we did that play without any sound cues or [lighting cues]. It was quite the challenge to try to move time and space along without the audience having clear signifiers. So we had to basically invent a physical language alongside the text. So it was the first time really looking at what language for me meant, as far as physical movement, to that degree where it felt kind of like a language. That was probably the most significant thing.

What attracted you to working on Father Comes Home From the Wars?
The subject matter I thought was really relevant at the time. And the style of Suzan-Lori Parks. I was really excited that she was taking the idea of these traditional stories- even if you don’t know them all, they’ve been repeated in so many contemporary stories that we kind of do in our blood know what they are- and flipping them on their heads and playing with them. And she was really playing with structure, so that excited me. And the main thing that I always look for- I was scared. Whenever I’m scared, I’m like “I should do this play”.

What scared you most about it?
How to do it. Just when you think you know what’s going on with the style and the tone, a talking dog comes on stage. You have to create the world of the play. It has to be consistent for three hours. So it’s finding the common denominator in the tone and the world. It was a great challenge.

So what ended up being that common denominator?
I don’t know if I could articulate that, exactly. I mean, I know it was the Earth, that never changes underneath our feet. We’re still on the same Earth. Because, we’re looking back but we’re also looking at now simultaneously. That was important, and I think that was a big reason why we didn’t really want any furniture or any other pieces to leave us in a particular time period. So I think that, right away, taking away all furniture leaves us in a place where the actors and the audience are understanding this as kind of all like archetypal and a traditional form of storytelling. So people are prepared for the allegory, or the poetry.

You were doing this play in a particularly fraught time politically in North America. How did that climate and what was going on in the world at the time inform the work in general?
A lot of people on social media were talking about the cycle of violence, and that we have to put an end to this violence, police brutality. And sometimes, you know, to talk about things that are so fresh – it’s just, it’s hard. Which is why theatre is so incredible; you can tell this story that goes to an abstract place but makes you think about now. Or, like Suzan-Lori Parks did, go back in time just far away enough that we can have enough room to breathe and look at what’s happening on another plane, but then still talk about things that seriously affect us today.

The ensemble was absolutely incredible. What was it about those actors that made you want to cast them?
I did a pretty traditional casting session but, quite early on, with certain auditions, I knew. They’re all also singers, and it’s lyrical. So I don’t think that’s a coincidence.

Is the singer that ties the action together part of the original text, or is she something you added?
That part is written in there, called “the musician”. It was originally a man, in the original cast, but I cast her as a female. And the style was a little different that they played it in, so there’s that.

What were some of the other ways that your production deferred from previous incarnations or what’s in the bare bones script?
[The script] called for a cabin, for example, and we didn’t do anything like that. I kind of just felt like “it’s a poem; it really doesn’t need much else”. And I wanted that challenge of not having any literal structures, to just make us rely on the text. So that’s a difference. And there’s a different style of music.

Father Comes Home from the Wars stood out in the Soulpepper line-up as one of very few predominantly black casts they’ve had in their entire history. What are some of the ways that our theatres have improved over the years in terms of including diverse voices, and what are some of the ways we still need to improve?
Well, they talk about it more. I think it’s almost articulated by every theatre company now, that it’s something that they’re trying to do. People have been very public; it’s not a new conversation anymore, where it used to be a new conversation, and even to have the conversation was a thing. Everyone’s on the same page that it needs to happen.

So what do we do to move in the right direction?
Really, really support our playwrights and artistic directors. Support our shows that are progressive and that are showing up for the cause. We have to do that. We can’t sit around and talk about what’s not happening. Let’s talk about what’s happening. Let’s rally around it so that people can see, you know? I mean, we’re constantly having the same argument that it’s a question of dollars, it’s a business thing. And it’s like, “well, really? Hamilton kind of broke that idea”. I mean, it’s happened every time. Every time there’s a Kim’s Convenience or Da Kink in My Hair- it’s happened many times, over and over again. We keep going back to that, to rewriting that story that “oh, it’s the first this, it’s the first that”. Let’s focus on what’s happening, and let’s rally around it, and let’s just keep encouraging new voices to write and be produced.

What were you hoping that audiences would take away from the show?
I think that people get overwhelmed when they think about police brutality, and they think about the legacy of slavery still having a scar and still affecting the dynamic between people in 2017. I think it just exhausts people and overwhelms them- black and white and every other colour. But it’s a whole conversation that needs to happen. When I say exhausts people, I think they just get overwhelmed and they feel disempowered, and they don’t know what to do. And this show, it just kind of goes back to the heart of it, it goes back to expose that ignorance comes from fear, and that if we could have empathy, all around, that maybe progress can happen.

You also co-directed Breath of Kings last year, which is nominated for Outstanding Production, Ensemble, Actor for Tom Rooney, and both design awards. Tell us a little bit about that show and the experience of working collaboratively with another director and an adapter.
Well, it was great. I grew a lot as an artist, because it was really challenging. There were just so many things happening at the same time, you know? We were casting and also still developing the show, and again, figuring out that world. We really wanted the experience to feel consistent. We wanted people to walk into that space and take a break but still come back to the same world. I think Mitchell [Cushman] and I, we all kind of dreamed that we would just bounce back to each other’s rooms and see, and it just couldn’t happen. It was just way too much work. But I think we learned a lot. And the company of actors were just incredible. I think people rallied around in the end, and we were able to do something and go further than we could imagine.

Were you assigned Part One or did you and Mitchell have a conversation and choose?
We chose.

What was it about the Richard II/Henry IV.1 section that you were drawn to?
I was just really obsessed with the idea of leadership. It was the time of the nomination for the Republican Party, and there were some tendencies that seemed familiar [laughs]. I also grew up the great-granddaughter of an emperor of Ethiopia, and I don’t often get the chance to look into a monarch’s mind the way that you do so deeply in Richard’s story.

The design of Breath of Kings- Part One especially- had something in common with Father Comes Home in the connection to the soil. Was that something that was purposeful and an important element of both plays to you?
Yes. It was. Yeah, it was the year of the Earth for me. For Richard, it was a very divine world. And he was divinely ordained. So that ritual off the top of the play, it was really important to create a space that felt very spiritual and connected to the Earth. I was on that kind of trip that year. Also, when I have lots of poetry in a play that I’m dealing with, when it’s very lyrical, I feel like they’re like furniture, all those words. So I just want to get the most out of the way as possible, so people can hear the text.

Did you have a favourite moment in that production?
I like the scene where Richard has to give up his crown. Actually, I love a lot of it. I also had fun with the battle, the women kicking ass, all of it.

Had Graham Abbey determined in the adaptation how the breakdown would work in terms of doubling, or was that something you guys worked out through casting?
No, that was all Mitchell, me, and Graham. The three of us put together.

Was a lot of it logistics and timing, or were there thematic connections?
I wanted Carly Street to be the fiercest warrior, that was really a desire. And Graham and Mitchell totally wanted that too. We were interested in messing with all of those things [like gender swapped casting]. We felt like, because it’s an adaptation, we had some liberty to bring our narratives to it.

What are you up to now or next?
Butcher is part of Off-Mirvish at the Panasonic [until April 9th]. Then I’m in rehearsal in New York at the Rattlestick Theater. It’s actually my first New York show. It’s called Seven Spots on the Sun, and it’s written by Martin Zimmerman. It’s opening on May 10.

Is there anything you’d like to add?
No, I’m just happy. I’m thankful to be recognized in this way. It’s a really cool time, because I’m living in LA most of the year, and it’s nice to come home and to have these places where we can all come together as a community and celebrate each other.