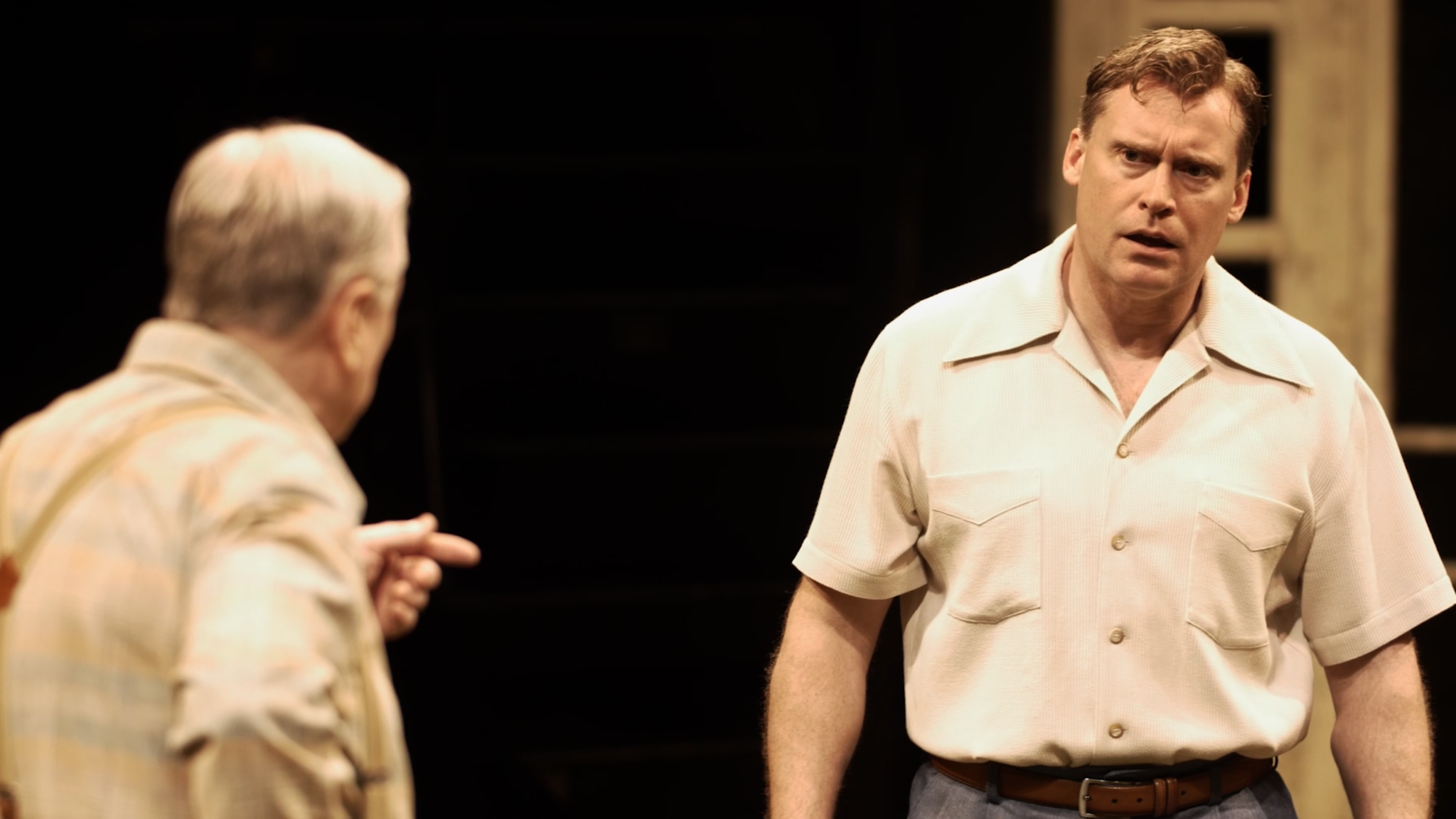 All My Sons
This Arthur Miller drama feels a-typical for the company that’s made its name on Shakespeare and its money on musicals. Though modern drama isn’t Stratford’s usual racket, Martha Henry’s smartly cast and emotionally wrought production might be the best thing at the festival this year (well, maybe second to Breath of Kings: Rebellion). Lucy Peacock is distractingly big in her performance as matriarch Kate Keller (surely she doesn’t need to point at the sky to demonstrate “airplane”) but everyone else beautifully evokes an achingly impossible situation and empathetically optimistic people. Henry insightfully employs some of the company’s incredible actors of colour (Sarah Afful, EB Smith, Michael Blake) to inform the play’s backstory and give the unfolding plot a new layer of social consequence, adding issues of white privilege to an already rich exploration of socio-economic power and the world’s fundamental unfairness. The perennially wonderful and perennially under-cast Michael Blake delivers his greatest performance to date as George Deever, a star turn that will hopefully earn him the star designation he’s long deserved at the festival, and Tim Campbell similarly breaks out as the emotional core of the production, shattering my heart as golden son Chris Keller. Joseph Ziegler, a proven Miller star with Soulpepper, is expectedly sublime as shady pillar of the community Joe Keller. The production doesn’t need all its bells and whistles (the lightning-hit tree splinters and falls onstage to kick off the show), its heart and head could easily stand on its own.

The Lion, The Witch & The Wardrobe
Narnia, on the other hand, is very bells-and-whistles dependent. Unlike, say, the Shaw Festival’s Alice in Wonderland (or Stratford’s Alice Through the Looking Glass, for that matter), there is some substance here behind all the stage magic and that relative substance is supported well by strong performances from Mike Nadajewski (Mr. Tumnus), Tom McCamus (Professor Kirk/Aslan) and all four “children” (Gareth Potter, André Morin, Ruby Joy and Sara Farb as Peter, Edmund, Susan and Lucy respectively) but the point here really is the spectacle. The trees move, the projections feel immersive, Mike Nadajewski performs on stilts, there’s a full-size sleigh pulled by reindeer-people and Aslan, the exiled King of Beasts might be the coolest onstage effect of the year, worthy of the many “ahh”s it elicits from the rapt audience. The perfect kid-friendly extravaganza but perhaps slightly “meh” for a skeptical adult crowd.

Bunny
I love that Stratford debuted a Hannah Moscovitch play in the studio this year. Young, female, fresh-voiced, prolific and Canadian, hers is the sort of work that really stretches the often repetitive company. And any meaty lead role for the incomparable Maev Beaty is fine by me. But I didn’t love this first person relationship memoir, mostly because I didn’t love its first person. Krystin Pellerin’s crucial best friend character lacks depth, her friendship with Beaty’s complicated Sorrel seeming to exist just because she rides up on a bike and says “we’re friends”. The simplicity of the roster of men that surround Sorrel, on the other hand, is purposeful, memorably played by Tim Campbell, David Patrick Flemming, Cyrus Lane and Emilio Vieira with good differentiation. I just had a hard time connecting with the protagonist (despite her being played by Maev Beaty), perhaps a function of writing that’s not quite up to the Moscovitch’s beautifully empathetic standard but more likely just a function of my own experience in the world relating in no way to Sorrel’s.

John Gabriel Borkman
I hated this stark, self-serious melodrama with its excessive sound design and inhumanly over-the-top performances. Designer Christina Poddubiuk’s pretty costumes are far from enough to make up for the fact that I didn’t care for a second about any of the characters onstage.