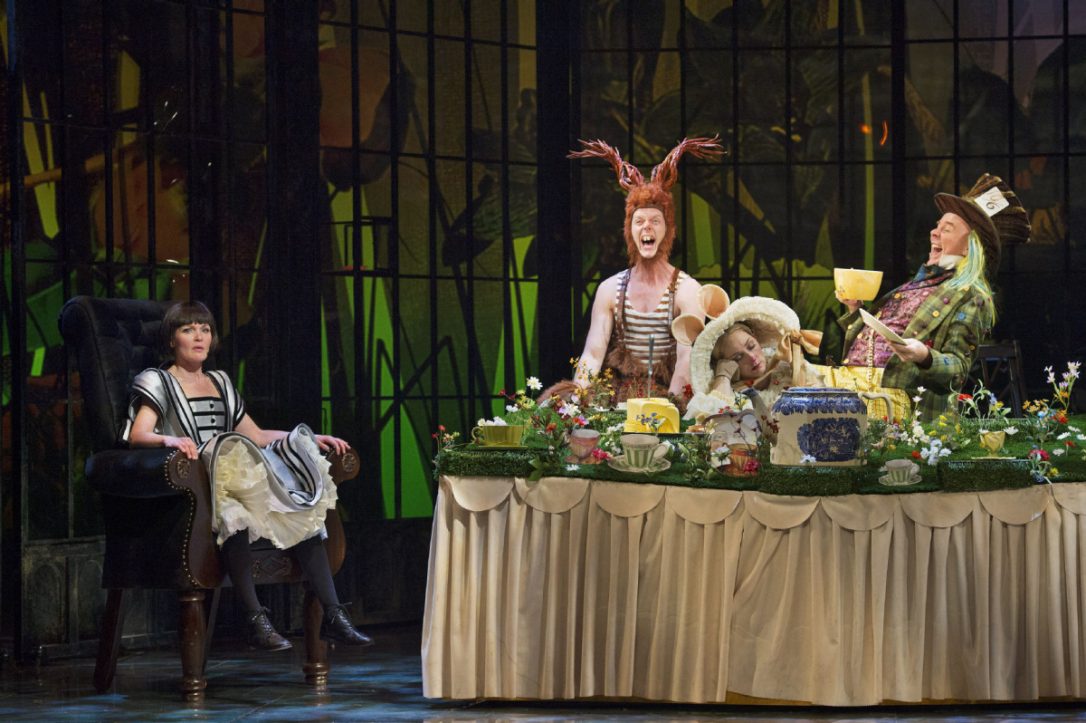 At the Shaw: Alice in Wonderland

It’s tempting to criticize Peter Hinton’s new adaptation of Alice in Wonderland for its emptiness. There is no real story, no great moral, no particular meaning, not even a coherent character to invest in beyond Tara Rosling’s cute but fairly blank-slate Alice. That feels like a flaw of the production but, let’s just be honest, that’s a flaw of Alice in Wonderland. Lewis Carroll wrote a nonsensical celebration of nonsense and nothing more. So, if that whole wacky direction-less concept is not your idea of a good show, Peter Hinton is not the man to blame. Stratford’s Alice is just as silly, so is The National Ballet’s and Tim Burton’s and the old Disney cartoon and every other adaptation because that’s what Wonderland is: nonsense.

So, cards on the table, I kind of hate Alice in Wonderland as source material. As, I suspect, do most people when they really think about it instead of just remembering its iconic symbols fondly. I don’t like empty, pretty things; they bore me (to death; like, the notoriously boring first act of Uncle Vanya is so much more interesting than this). I also had to work very hard to not feel bad for the actors- serious, classically trained artists who sought out Shaw and Chekhov and Wilde only to end up dressed as frogs or playing cards or, most horrifically, a giant baby. But none of that is really the point since it’s the mandatory price of doing this particular material. No, what matters is the spectacle, and isn’t that Hinton’s strong suit?

Well, yes, at times. There are some moments of spectacle in this staging of Alice that are the most delicious of bewildering brain food and eye candy. The projection and flight work that combine to create the swimming scene are nothing short of splendid and William Schmuck’s costume design is at times mesmerizing. The reliance on video, however, feels like a bit of a cheat that makes creative problem solving unnecessary and thus limits the production’s potential. It’s worth noting that the show’s greatest effect, the Caterpillar, is a totally analogue marriage of pure creativity and performance precision that is uniquely theatrical.

A few highlights aside, I’m not convinced there’s enough wonder in this Wonderland to compensate for the material’s inherent flaws. The songs are completely forgettable, the set too stark to thrill, and only Graeme Somerville as the Mock Turtle and Patty Jamieson as the Dormouse really deliver much in performance beyond an impressive willingness to look totally ridiculous.

Such crimes could be forgiven, and almost were, until I heard the reaction of the child sitting in front of me at the theatre. Free of the constraints of conventional structure and moralistic messages, faced with stunning stunts and colourful sights, the boy displayed none of the “ooh” and “ahh” I’d generously expected in my determination to not pan this show. Instead, he just said “ehh, it’s pretty confusing”. Yes, kid, it is indeed pretty confusing. But don’t worry if you don’t understand, there’s nothing really there to understand.