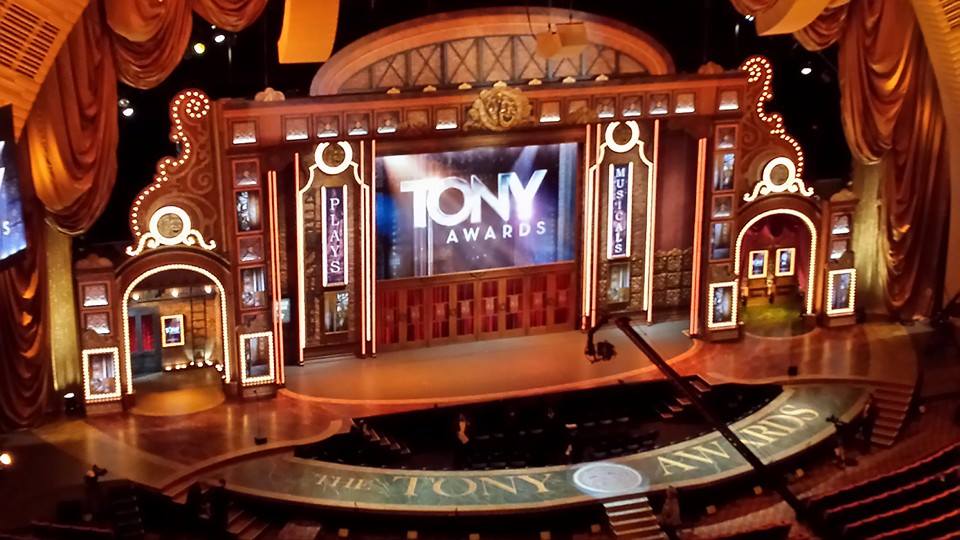 Inside The 2014 Tony Awards

It was the good, the bad, and the ugly this year at the Tony Awards (and its not entirely Clint Eastwood’s fault, although he certainly contributed). From the bizarre opening number (if you haven’t seen the 1953 movie Small Town Girl that Hugh Jackman’s hopping routine was inspired by – well, neither had 98% of the people watching the Tony Awards) to the slew of movie stars with tenuous links to the theatre community – the 2014 Tony Awards had some definitive highlights and lowlights.

Hugh Jackman was an amiable and welcome sight each time he took the stage. He kept the audience entertained with score updates for the big sporting events and sing-alongs during commercial breaks. In totality, Jackman proved that he is quite the showman, and I am looking forward to seeing him back on stage next season in The River.

Acceptance speeches are the black holes of televised award shows: if a speech goes on too long, the audience is lost forever into the void of a Big Bang Theory rerun – they change the channel and never return. Thankfully, the majority of the Tony Award winners this year got my KISS memo (keep it short, superstar) and stuck to brief, well-rehearsed and poignant speeches. Thanks winners – we all appreciate it!

How could anyone not be touched by Audra McDonald’s overwhelming emotion upon winning her sixth Tony Award? The woman is amazing.

Jesse Mueller and Carole King rocked the house with “I Feel the Earth Move” from Beautiful: The Carole King Musical, bringing the crowd to their feet. However, it was Neil Patrick Harris’ performance from Hedwig and the Angry Inch that was the most anticipated performance of the night. NPH did not disappoint. Despite performing one of my least favorite songs from Hedwig, he showed why his turn as Hedwig has been so celebrated by audiences.

Many critics have speculated in recent days that Beautiful could overtake Gentleman’s Guide to win Best Musical, despite Gentleman’s Guide being the critical darling all season. Why, you ask? Because Beautiful has a greater chance of attracting audiences during a national tour than Gentleman’s Guide does. Beautiful is an accessible jukebox musical with recognizable songs that are easy to sell to an audience, while Gentleman’s Guide is a sharp, wordy musical with a touch of subtle British humor. In the end, this speculation was of no great consequence. Tony voters stuck by their man. Or, rather, gentleman.

After some creative Googling, we all now know what Hugh Jackman’s bouncing was all about. At the time, however, confusion and uncomfortable giggling spread across the theatre when Jackman did his kangaroo impression into the theatre. It was hardly the rousing, awe-inspiring spectacle that Tony audiences are used to after last year’s opener. The hopping was odd, but it was also boring and did not flow into the subsequent dance number with the phenomenal cast of After Midnight. Sorry, Hugh.

I understand that the Tony Award producers feel obligated to turn Broadway’s biggest night into a parade of television and movie stars to draw viewers. I get it. However, to celebrate a business that prides itself on stage presentation, why in the world was Clint Eastwood invited to present an award? Yes, he is directing the movie version of a jukebox Broadway hit, but that does not make him part of the Broadway community – during the entirety of his expansive acting career, the man has never performed on Broadway. Not once. He also cannot read a teleprompter intelligibly.* Given the large number of talented stage performers who could have presented at this event (you all know that Daniel Radcliffe was in the audience, right?), why not choose someone capable of doing the job?

Twelfth Night deserved the win for Best Revival of a Play, and, while A Raisin in the Sun was a good production, the win feels more like recompense for failing to nominate Denzel Washington than an endorsement for Raisin as Best Revival. Twelfth Night had an astounding ensemble, period costumes and instruments, and beautiful staging. Plus Mark Rylance. It should have won (although I am quite pleased with Sophie Okonedo’s win for Best Featured Actress in a Play – she is superb).

The producers made some unfortunate choices with respect to showcasing the musicals on Broadway. For example, the best part of Rocky is the epic boxing battle at the end of the show, and now the entire nation has seen a watered-down version of this riveting fight while simultaneously missing out on hearing any of the lead performers sing. Why bother visiting Rocky now? The number “Friend Like Me” from Aladdin played to the audience and demonstrated exactly why I found the show to be an insipid and extended version of a Disney World production (although it did highlight James Iglehart Monroe, which was smart). Also, where is it written that Les Miserables must always perform One Day More at an awards show? Ramin Karimloo was nominated for Best Actor in a Musical and his version of “Bring Him Home” has garnered raves – the Tony Awards stage would have been an ideal place to introduce America to his amazing vocals. Or, perhaps they could have exhibited the physicality of the new production and staged The Confrontation with Karimloo and Will Swenson, who was in the audience supporting his wife Audra McDonald. I could go on (Violet and Bullets Over Broadway, anyone?), but I’ll stop there.

Volunteering to perform a work in progress at the Tony Awards is gutsy. Wow the crowd and the critics on a national platform, and you are well on your way to a Broadway hit. However, fail to impress audience members and you are fair game for a critical onslaught that could bruise a show’s reputation before it even gets off the bench. On Sunday, Sting performed the title song from The Last Ship and Jennifer Hudson tackled the song “Neverland” from the much-anticipated musical Finding Neverland, which is under development at the American Repertory Theatre in Boston. The consensus of those sitting around me was that Sting’s number fell flat. “Neverland” got a much warmer reception from the audience, although I am unconvinced that Jennifer Hudson (as terrific as she is) was an ideal choice to sing what was actually a very thought-provoking song (for those who pushed past the powerhouse belting and listened to the lyrics). During commercial breaks, the Tony Awards audience was also treated to previews of upcoming productions, including the new Tupac Shakur musical Holler if Ya Hear Me, Nathan Lane and Matthew Broderick’s return to Broadway in Terrence McNally’s It’s Only A Play, the recent Paper Mill Playhouse musical Honeymoon In Vegas with Tony Danza, and the West End transplant that I am incredibly excited to check out, The Curious Incident of the Dog in the Night-time. See, we got commercials too.

LL Cool J and T.I. made their Broadway debuts, rapping along with Hugh Jackman to “Rock Island” from The Music Man with a beat courtesy of Questlove. While I found it entertaining, the audience was not quite sure what to make of it (everyone got out of their seats – as demanded by LL Cool J – and then proceeded to stand incredibly still until the song ended). Some people claimed the performance was ill-fitting for the show and others were upset that the number bumped some Broadway productions from performing on the telecast, but, in a world where the next big musical opening is based upon Tupac Shakur, I say let the rappers rap.

Speaking of LL Cool J, no one was quite as vocal about their displeasure over the inclusion of “Rock Island” than Steven Pasquale who vented through Twitter “I’m just so relieved they squeezed in some time for LL Cool J.” Why the sour grapes? Allow me to shed some light on the matter. Despite winning Best Score and Best Orchestrations, the cast of Bridges of Madison County, including lead Steven Pasquale, was not part of the telecast. The reason – Bridges closed in May after months of weak sales. Part of the reason that musicals perform on the Tony Awards is to drum up business, and, arguably, a closed show will not benefit from that exposure, so why not use that time to hold the attention of the viewing audience by pulling LL Cool J and T.I. out of a hat? What is wrong with showcasing non-winning but open shows instead, like If/Then and Bullets Over Broadway? Here is the thing. If you check out the Bridges website, you will find a new banner announcing the national tour of Bridges starting in the fall of 2015. National tours are big money, and it is possible that Bridges will play much better in front of regional audiences than it did in NYC. Hence the anger coming from the Bridges camp about not participating in the telecast.

There was a lot of support for Bridges in the Tony audience as many people feel that the show closed too quickly. However, between Pasquale’s tweet and Jason Robert Brown’s snarky on stage comment about the lack of Bridges content in the telecast, Bridges is starting to come across as a petulant child throwing a temper tantrum.

Despite an inauspicious beginning, the 2014 Tony Awards was a glamorous celebration of New York theatre, and, in the end, the audience swept out of Radio City Music Hall with smiles on their faces and after party tickets in their hands. OH WAIT – “the ugly!” I forgot to talk about fashion!! Let me give you my well-researched and expert rundown of the best and worst dressed celebs. [*cue get off the stage music*]

*Don’t worry about Clint – I hear that he has a rather successful career in motion pictures.