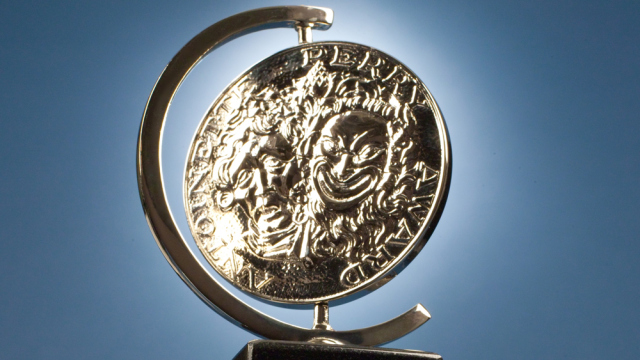 The 68th Annual Tony Awards: The Nominees Are…

Oh the drama. It is Tony Award season once again, and before they even finished announcing the nominations, my Twitter feed had blown up with celebratory and incendiary commentary. The SNUBS! The SHOCKERS! The SCANDAL! Media outlets overwhelmingly adopted the term “snub” as the word of the day. Everyone was amazed that so many A-list celebrities were shutout, including Denzel Washington, Daniel Radcliffe, James “I heart Ben Brantley” Franco, Patrick Stewart, and Ian McKellen.

Make a copy of this article and frame it ladies and gentlemen because I am about to write something that I have never written before and never anticipate writing again: aside from a few minor surprises, the Tony Award nomination committee got this right.

That being said, let me break down the best show and acting nominations for you.

Having seen four out of five of these plays (and I’ll round out the set this weekend), I can say that this category is largely unsurprising. Straight plays this season have generally been better than their musical counterparts, and I am satisfied with the nominating committee’s choice to include five plays in this category. If only we could swap out my least favorite of the group (sorry, Mothers and Sons) for some of the brilliant off-Broadway work this season.

This is one of the few categories that I wish had been just a bit different. It is no surprise that Twelfth Night and The Glass Menagerie made this list, especially given that the latter has never been nominated for a Tony Award. Likewise, The Cripple of Inishmaan has drawn impressive critical reviews. This production of A Raisin in the Sun is supposedly well crafted, although Kenny Leon directed the same play on Broadway in 2004, and it is difficult to get excited about a show that has been recently celebrated. The big question here is what happened to Waiting for Godot/No Man’s Land with the legendary Sirs Patrick Stewart and Ian McKellan? It has been quite some time since I saw a production of Waiting for Godot that did not put me to sleep. Bottom line – it deserved some recognition and garnered zero nominations. Also, The Winslow Boy, one of the best plays of the year on or off-Broadway, was sadly forgotten after its December closing.

Ah, let the arguments begin. This category is, without a doubt, the single most competitive category to have been a part of this year. Yes, Denzel Washington, Patrick Stewart, Ian McKellen, Roger Rees, Daniel Radcliffe, and Zachary Quinto all deserve to be on this list. Here is the problem. All five of the actors who were actually nominated equally deserve to be on this list. Aye, there’s the rub.

These ladies all gave stellar performances, although I object to the inclusion of Audra McDonald in this category. McDonald is a fantastic actress, but Lady Day is no play – it’s a musical.  Snubs? None. Had you asked me who would win this category on the day that nominations were announced, I would have put my money on Estelle Parsons. However, closing notices were posted for The Velocity of Autumn on April 30 due to poor ticket sales, which may hurt Parsons’ chances for a Tony.

This is going to be an interesting category, and it saddens me to think that Mark Rylance (the first man to be nominated in two performance categories in one year) may not win a Tony this year. Rylance has stiff competition in the Best Lead Actor category. Voters could opt to give him a Featured Actor vote instead and bestow the Best Lead Actor award on another deserving man. Unfortunately for Rylance (although most fortunate for audiences!), the entire cast of Twelfth Night was superb, and both Chahidi and Fry are nominated in this category as well. Twelfth Night supporters may very well split their votes between the three men in that play (especially if some vote for Rylance in the Lead Actor category), and Rylance could end up empty-handed because of it. Can we award a special Tony to Mark Rylance this year for, you know, being bloody brilliant at Shakespeare?

Celia Keenan-Bolger has a great chance of winning this category, although Sophie Okonedo is one of my favorite actresses. Any woman listed here could win, and I would be content.

Why on earth would the Tony nominating committee choose to nominate only four of this years numerous musicals? Allow me to shed some light on the issue: the musicals were not very good this year. Even some of those listed here are merely the best of the mediocre in a year that had incredible promise. A Gentleman’s Guide has become the critical darling of the season (despite a fairly unmemorable score and lackluster numbers at the box office). After Midnight is a sharp, snazzy, and hot revue, but it is just that – a revue. Beautiful fills the obligatory “jukebox” musical spot, with a brilliant lead actress in an otherwise ho-hum show. And then there is Aladdin. The Aladdin nomination does not surprise me, but I vehemently disagree with the choice to include it in this category. However, I applaud the nominating committee for not throwing an additional undeserving musical into the mix.

Filling out a Tony’s ballot this year? A Gentleman’s Guide has a solid chance of winning.

As with Best Musical, the nominating committee made a respectable decision in not nominating Cabaret for Best Revival. Apologies to Roundabout Theatre Company, but the current production of Cabaret does not distinguish itself enough from its predecessor to warrant inclusion. Although I will not see Violet until next week, both Hedwig and Les Miz deserve accolades. This will be a tough category, but my guess is that Hedwig comes away triumphant for once in her life.

Some people claim that Steven Pasquale deserved a nomination in this category for Bridges of Madison County. Despite the fact that I have Pasquale’s rendition of “It All Fades Away” from Bridges on iTunes repeat, Andy Karl brought a physicality to the role of Rocky that knocked Pasquale out of contention.

Who will win: Neil Patrick Harris.

Who should win: Jefferson Mays.

Who would win if Theresa ruled the world: Ramin Karimloo.

Also, while no one else has called it a snub, Will Swenson has done a tremendous job with the role of Javert in Les Miserables. He deserved a nomination. There. I said it.

This category is a veritable who’s who of powerhouse stage singers. Some argue that Michelle Williams should have gotten the nomination for Cabaret instead of Davies. Those people are crazy. It is also a moot point – this will be a battle between Mueller and O’Hara for the top prize.

No magic lamp necessary – Iglehart’s award is all but guaranteed.

I love the inclusion of Lena Hall in this category. She is a rock star and is as much an integral part of Hedwig’s success as NPH.

There are also a large number of hard-earned technical and directing award nominations, which are available for viewing online. I will be at the Tony Awards on June 8 to bring you the inside scoop on the winners, the losers, the fashion, and host Hugh Jackman. Okay, probably not the fashion (unless Benedict Cumberbatch-inspired selfie photobombs count).