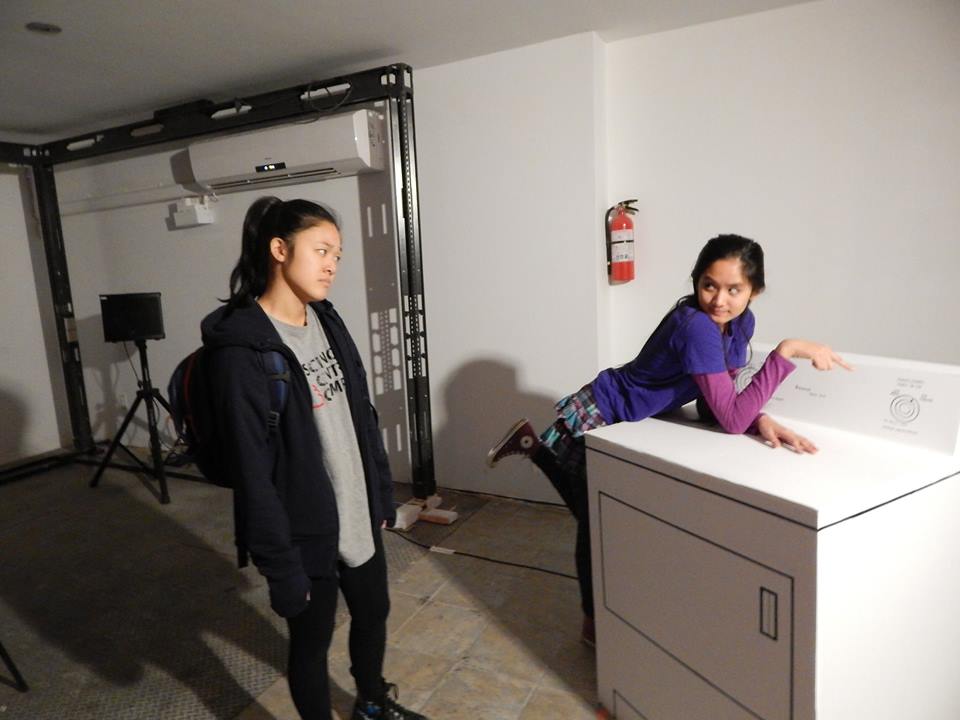 The final piece in Filament Incubator’s 8-plays-in-8-months experiment, Caitie Graham’s Paradise Comics is the perfect strong finish to a rocky but rewarding exercise in ambition and opportunity creation, combining the best elements of everything that led up to it- the quick banter of Rowing, a lighthearted approach to darker issues like ‘Til Death, the brutal honesty of Bill, lynchpin performances like the best of Lemon with the multicultural casting of Swan and great roles for women like Hot Kitchen/SECOND SHIFT. (I didn’t see Tire Swing; I hear it was pretty good). The production is still a little rough around the edges (though I did see a preview performance so hopefully the line flubs have been nixed by now) but it’s the most cohesively effective and emotionally stirring product of the incubator thus far and a real sign of growth.

Sherman Tsang and Maddie Bautista play a delightful pair of opposites-attract teenage best friends- the former a sarcastic realist, the latter a kooky dreamer. Tsang’s father (David Ross in his best performance to date) is the owner of a comic book store that’s going out of business. Her mother (a nuanced and moving Sarah Naomi Campbell) is practical, out of touch, demanding, rigid and totally right as she tries to keep her family afloat. Director Darwin Lyons keeps the action moving beautifully with great transition work and thoughtful use of space. Graham’s pop-culture-heavy script is already a little dated with references and slang that need to be updated with every new incarnation of the play in order to retain their hyper-contemporary effect but the script’s emotional core is timeless.

The Filament Incubator was all about getting new work up on its feet, founded on a let’s-just-do-it attitude that on principle sacrificed polish and production values for the far greater value of making something (or eight somethings) out of nothing. None of these productions were perfect- they were almost entirely non-union, most took place in a literal basement- but perfection was never the goal. The goal, at least as I understand it, was simply to do 8 plays in 8 months and along the way create opportunities for diverse directors, performers and, specifically, playwrights. The remarkable number of great theatrical moments that came out of the Incubator’s first season is almost secondary to the achievement of making that many things, promoting that many voices and unlocking that many doors. I know the Incubator’s founders are thinking about a second season that’s more reasonable than 8 plays in 8 months. I hope they decide against that. I hope they stay unreasonable because it was the preposterous ambition of their founding notion that made their first season so remarkable.