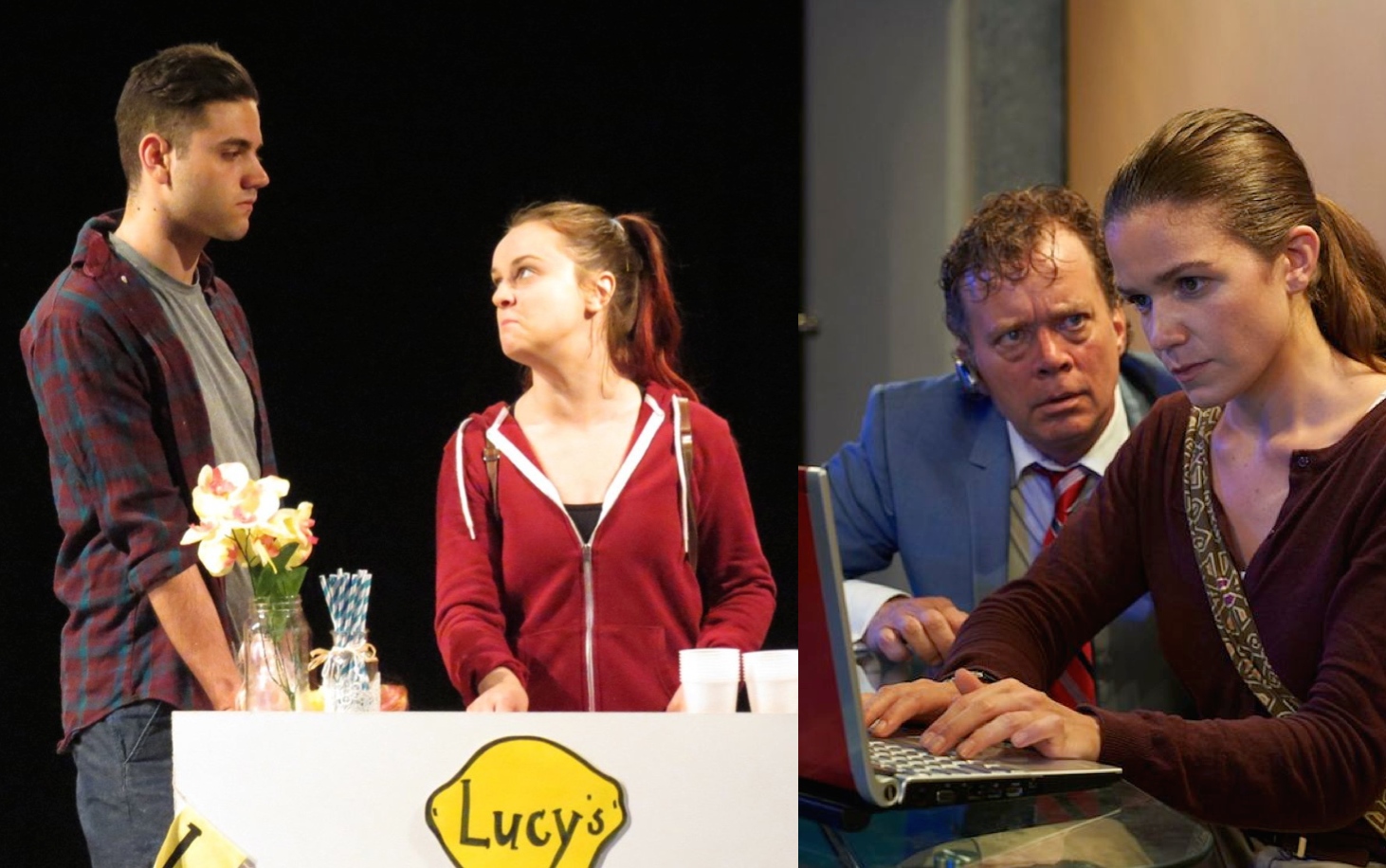 In the month or so leading up to Fringe, there isn’t much going on in the indie Toronto theatre scene but two Canadian-written one-acts about how personal relationships invade our professional endeavours took the spotlight last week with similar themes but very different tones.

Michael Mackenzie’s two-hander set in the world of high-stakes investing is a character-focused drama with heavy plot twists. Closing out the Coal Mine season, Instructions (to Any Future Socialist Government Wishing to Abolish Christmas) is the first production to unite the company’s co-founders, Artistic Curator Ted Dykstra and Artistic Producer Diana Bentley. Their connection is key to the show’s success, his faith in her abilities softening the harshness of his high-powered character Jason and her respect for his accomplishments grounding the conflict for her vulnerable quant Cass. The unnamed quality of Cass’ neurodevelopmental disorder makes for some awkward negotiations as Bentley valiantly attempts to approximate the correct physical symptoms without stepping into caricature but the generally strong performances are really the heart of director David Storch’s quick and smartly plain production of a script that presents complex emotional ideas but ultimately goes for shock over exploration. (Note: a quick re-watch of The Big Short might be helpful before catching one of the remaining performances)

Rather than dance with dizzying corporate details like those in Instructions, Lemon playwright /director Andrew Markowiak distills the human consequences of competitive business and presents them against their simplest backdrop: the local lemonade stand. The result is a deeper contemplation of more basic concepts with development rather than twists, an altogether more relatable experience if somewhat rockier in execution.

Newly named Dora nominee Danny Ghantous shines as Dennis, the longing best friend of university grad Liz (Julia Hussey- less shiny, more stiff) who has returned to their small town and set up a lemonade stand on her parents’ front lawn as her first step towards the great success she’s convinced she’ll eventually have. Despite Dennis’ unconditional devotion (including but not limited to: inspirational speeches, manual labour, financial contributions, good ideas, comic relief, emotional support), Liz finds herself at odds with Lucy, a 9-year-old whose lemonade-selling turf Liz is encroaching upon. LeeAnn Ball has the impossible task of playing a 9-year-old (something I will never understand playwrights insisting human adults attempt to do) but she does incredibly well in the over-written but intriguingly complex role, capturing the self-seriousness of young people rather than falling into the trap of playing her innocence. Lucy is a great character but she’s overused, pulling not only focus but sympathy from the play’s intended protagonist Liz whose culturally insightful ambition is heartbreaking as it runs over Dennis but too selfish to abide when it threatens a precocious kid trying to raise money for university.

Lemon is at least one draft, a more nuanced Liz, and an escape from the rodent-infested Majlis Art Garden away from the polish of Instructions but it has the bones of something ultimately more entertaining and more resonant.