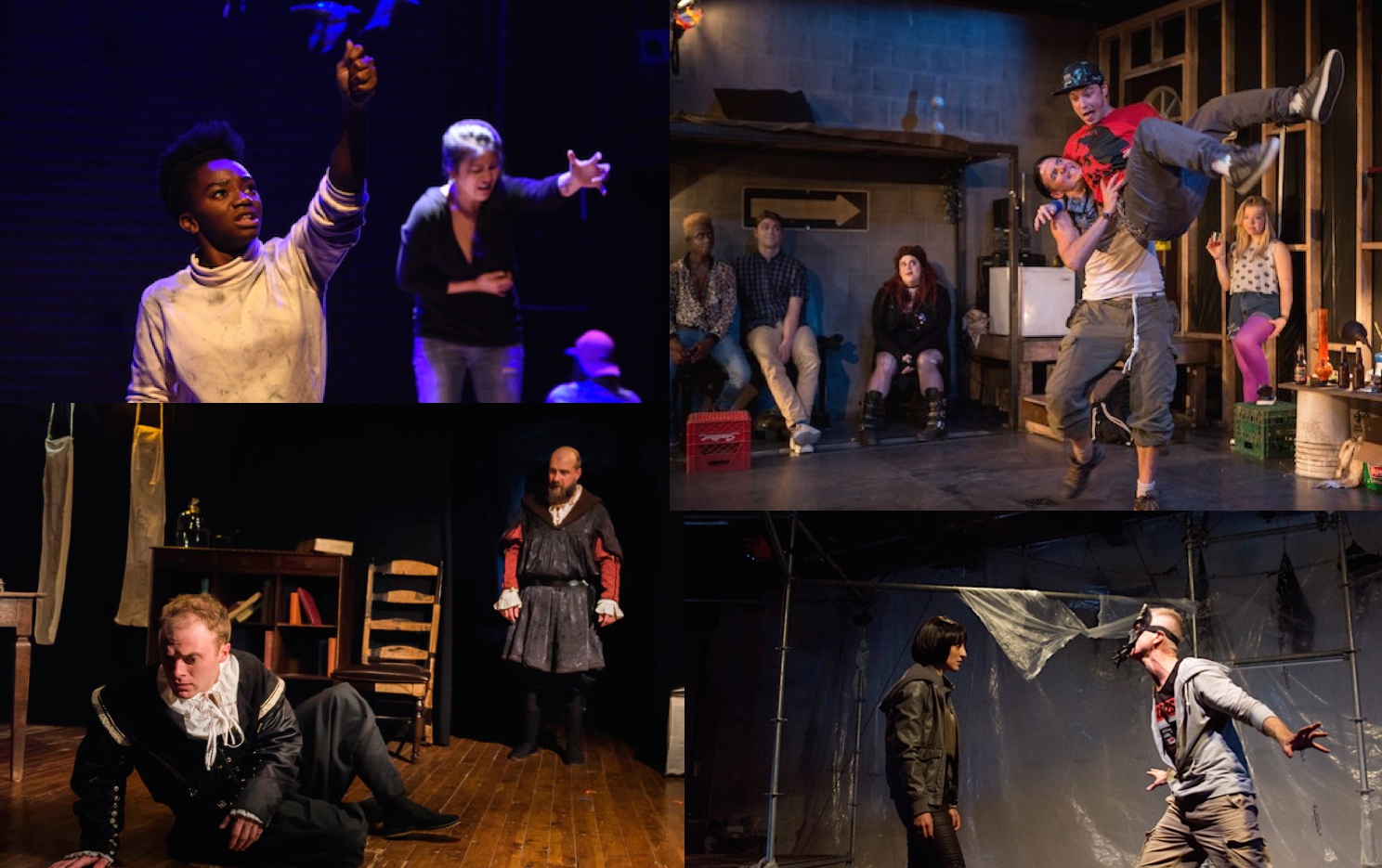 On Stage in TO: November Horror Story

A few years back, November was a pretty quiet month theatre-wise in Toronto, but it seems that everybody figured that out at the same time and decided to do something about it… at the same time. So now November is insane. According to the Canadian Theatre Opening Night Directory, there are 30 new shows opening this month in Toronto and that’s definitely not a comprehensive list (it’s missing at least 3 productions that I know of and there are certainly quite a few that I don’t know of). I saw four of the 30 (33? 40? who knows) this past weekend and was shocked by how much they had in common. Horror is apparently the pervading genre this month. Dark, strange, often suburban, sometimes fantastical- there’s definitely something spooky happening on our stages right now and November’s just barely started.

The Queen’s Conjuror (Circlesnake Productions)
The latest from MyTheatre Award-winning collaborative creators Circlesnake Productions is an ambitious piece of historical semi-fiction about John Dee, Queen Elizabeth I’s spiritual advisor. The cast is filled with all-star dramatic players (Joshua Browne, Sochi Fried, Tim Walker, Khadijah Roberts-Abdullah and John Fray) who deliver big emotional moments with skill and swagger but Circlesnake’s signature creation process demands more of its ensemble than performance. The text of The Queen’s Conjuror lacks the emotional honesty and tonal balance of the company’s previous work, perhaps a consequence of casting fewer veteran improvisers for an improv-heavy task. The play’s self-seriousness and the story’s practical demands don’t mix well with Circlesnake’s budgetary reality nor does the script even seem inherently theatrical with its film-like short scenes and frequent blackout transitions. Though creatively and technically The Queen’s Conjuror is not up to Circlesnake’s standard, its performances are inarguably impactful.

Swan (Little Black Afro with Filament Incubator)
Writer/director Aaron Jan’s latest is a suburban horror story about a group of young women from Hamilton linked by the death and mutilation of a swan on their prom night. The play begins with their reunion years later and becomes a sort of dual-timeline monologue of memories and unreliable accounts as the women try to piece together a mystery they were never able to solve. As the story moves into its second act and Jan begins playing more and more with genre and the limitations of reality, it’s difficult to stay with the script and keep track of what’s actually happening to each of the characters but the steady build of chaos and catastrophe gives the play its horror story impact (Kevin Feliciano’s sound design and Samuel Chang’s lights are also clutch in this department). An uneven cast makes certain characters hard to invest in but Bria McLaughlin and Isabel Kanaan deliver star turns as the stubbornly optimistic Joey and hyper-ambitious Rachel respectively. Just a few minutes into the play, Kanaan delivers a monologue as Rachel’s 13-year-old self about getting out of Hamilton then coming back to make it better. Somewhere in that complicated push and pull of needing to escape and wanting to help lies the heart of Swan. Act two is all flashy horror and big twists but it’s act one’s character-centric heart that pulled me through the play.

The Circle (Tarragon Theatre)
Like Swan, this one-act drama by Geoffrey Simon Brown follows a group of marginalized teenagers whose lives take a sudden dark(er) turn. It’s just as much of a horror story as everything else on this list but it’s much more grounded, reflecting a real world that’s either all-too-familiar or startling to discover. Set designer Patrick Lavender evokes a crystal clear time and place by turning the Tarragon Extraspace into a suburban garage where a promising but underachieving young couple (Vivien Endicott-Douglas and Jakob Ehman, both superb) invite friends they maybe shouldn’t be hanging out with. The main problem is Mutt (a mumbling, eratic Brian Solomon), an old friend with nowhere else to go. He’s dangerous, infuriating, pathetic and inconsiderate, but maybe all he needs is a little kindness. The Circle is an insightful commentary on misspent youth, how we let people fall threw the cracks, and the consequences of trying to catch them. A stronger ensemble (in particular a more nuanced performer as Mutt) and less ambiguous opening scene would bring this production from good to great.

Pomona (ARC)
The strangest, darkest piece of a strange, dark weekend, Alistair McDowall’s Pomona as directed by Christopher Stanton is a memorable nightmare assembled from seemingly disparate dystopian puzzle pieces. Ryan Hollyman is a sympathetic delight as aspiring Dungeon Master Charlie who finally finds a D&D partner in Bahareh Yaraghi’s mysterious Keaton. Their game and the pitch black story of corruption, prostitution, snuff films and contract killing that plays out alongside it become intermingled and the audience never quite knows what’s real. The design by Nick Blais (set & lights), Jackie Chau (set & costumes) and Joely Sapankanea (sound & composition) makes great use of the cavernous Geary Lane space to set the desolate tone and the ensemble is uniformly excellent. I never quite knew what was going on but I knew that I cared and that’s the more important thing.